Blog: The joys of free e-reading (and just what’s up for grabs) 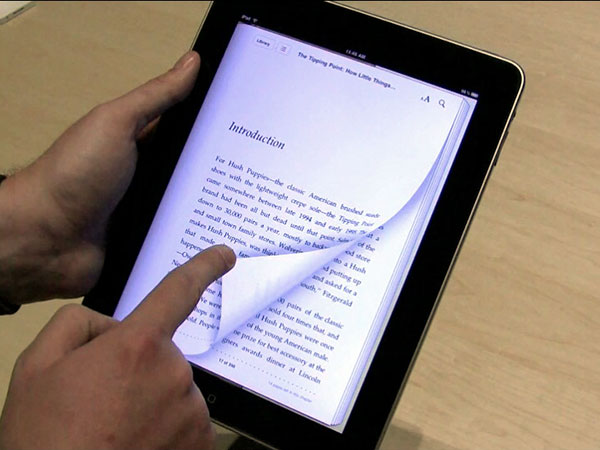 E-readers have done many a thing for book lovers.

No longer do you need to lug two paperbacks on holiday with you, just in case you get through the first and are left bereft of reading material when lying on a beach.  Of course, you do have to worry about having yet another device someone else is going to want about your person in a (possibly) shady hostel.

For another, they’ve changed the print and publishing industry; cheap books delivered straight to your eyeballs from giant conglomerates (or if you’re that way inclined, ebook sharing communities – again, sometimes possibly shady).  Ebooks saw enormous growth in the past few years, slowing to ‘only’ 41% last year, according to the Association of American Publishers and the publishing industry needed to understand this change in the way it set up its book stores, Forbes said, since book discovery online could be a difficult business.

But one of the nicer things ereaders have done for book lovers is to offer many beloved books, free of charge.  While this does mean that you no longer have the formative experience of rummaging through second hand book stores to see whether they have any hidden gems, or finding English-catering shops overseas with their often eccentric owners (in Venice, there’s a second hand bookstore which features gondoliers full of old books, a stair case made out of out-of-date encyclopaedias and a fire escape which is simply a door that opens straight onto a canal, beside a picture of a man on fire diving), it also means you can have a classic the second after you think about it.

Admittedly, not ALL the classics.  (Harry Potter, wherfore art thou not named classic? A rose by any other name would smell as sweet, and probably read as darn well).  But there are some whoppers there, as well as more modern (and less good) offerings.

If you’re a Kindle lover, you’ll be well aware of this phenomenon; the joyous ecstasy of book upon book free, there for the reading; if you’re an Android lover or simply have the Play Book

app downloaded, you’ll be aware of a slightly bereft store front for free books, generally cluttered with terrible romances (‘Heart of the Sea’, ‘Addicted’) and if you’re an Apple fan, there’s iBooks which contains much of the same (‘Seducing Sophie’, ‘Pretending He’s Mine’ and the occasional Mills and Boon-inspired title which inevitably involves an aristocratic title or monetary descriptor, a nationality,  a traditional job title, a season and some description of the heroine’s marital or sexual status. Par example: ‘The Spanish Tycoon Doctor’s Virgin’s Christmas Knighthood”).

There’s even, if you’re that way inclined, the Bible, which the Guinness Book of World Records’ site lists as the best selling non fiction title (for more on the Bible’s status as non-fiction, see the comments on Guinness’ site).

Classics are generally the best books on offer because their copyright has expired and so they can be offered for free.  So without further ado, I give you my pick of the top five free (classic) e-reads available to blow (or enrich) your mind, with available devices beside:

That this romance classic is available for free on most of your given devices is pretty impressive.  Still enjoyable years later as evidenced by the multitudinous remakes, parodies (warning: contains explicit language) and (shudder) fan fictions, Jane Austen’s novel is one of social satire and wonderfully ridiculous characters.  The book renders fairly well on Android and, for some reason, very well on iBooks.  If you’re an eInk fan, Kindle’s the way to go.

The rollicking classic from Robert Louis Stevenson, this reportedly originated the pirate habits of a black spot to signify a pirate’s impending removal from leadership (and life).

At any rate, the book apparently inspired many other pirate stand bys as well such as X Marks the Spot, maps and parrot-beridden pirates, and it’s certainly the first place I’ve read the ‘Yo Ho Ho’ refrain.  A tale of adventure, coming of age, pirates and treasure, the book is still a thoroughly enjoyable read.

The original tribute to opium, or just Lewis Carroll’s quirkiness, Alice in Wonderland is an intriguing, mind bending and very clever trip down some very strange rabbit holes. Ostensibly a children’s book, the novel is interesting from a literary point of view: various symbolism has been read into the novel including the recurring metaphors for time and death, as well as just what the Caterpillar is smoking.

The book that spawned all those wonderful and  terrible  (and wonderfully terrible) take offs, Bram Stoker’s Dracula is an interesting read from a literary point of view; just what was Stoker implying with his blood sucking Count and the corruption of the Victorian women?  Gothic elements, vampires, moonlight cemeteries and ships crashing with only a captain lashed to the wheel and crates of dirt on board; spoo-keh.

Okay, so Anne’s an intensely irritating main character, being all dreamy and gushy and “Oh, it looks as though a fairy in a sequinned dress landed on that flower and danced the polka under the moon’s silvery light while eating candy floss!”.  But it’s still a good read in terms of Anne’s growing up and learning that life is not always full of fluffy kittens and moonlit proposals.

Of note: Paradise Lost comes in under the ‘Crime & Thriller’ section of iBooks. As pointed out by a What Mobile staffer, the book could  technically thrill (particularly if you’re big on theology or even just plain ol’ Satanism) but labelling it as crime is definitely getting a bit metaphysical).

Windows Phone may also get Vine app
Vine won’t officially be launching on Windows Phone anytime soon — but there may be an unofficial solution at the end of this week.
Apps - Jordan O'Brien