Gaming in this generation is enormous. Most people today play games on their smartphones or laptop, and some even gamble on it. This is because it is so fun and easy to play on one’s smartphone.

Mobile gaming has also become so popular due to the always evolving technology. Gaming on the phone has been popular since the first version of the Nokia 3310, where people would spend hours playing snake. Today our smartphone is our great home consoles accompanied by gaming devices. That’s the power of smartphones, gaming sensations such as PUBG and Fortnite depends on the mobile portability and platform for their success. Some like my brother even play online casino games on his iPhone, and he loves to play online slots but only plays the places with the fastest payouts. Mobile gaming is massive; that’s for sure.

So what smartphones are the best for gaming? let’s take a look:

Apart from Samsung and Apple phones, which are famous for their gaming, there are phones such as Asus ROG Phone, Xiaomi black shark, Razer phones, and others, which I will outline in the article. If you are set to get the best gaming phone, then here is a list of gaming smartphones with its features.

ROG is ranked as a top-spec gaming phone with a massive 6,000mAh battery, snapdragon 855+, and inbuilt dedicated gaming accessories. It’s not only has gaming accessories, but it excels in other features like it has a superb camera. The gaming phone market hardly existed two years ago. Still, after it got introduced, it exploded in terms of demand, and it’s fastest in the market today with overly technical advances. Asus ROG phone has a reputation as the phone with a battery behemoth with 6000mAh and snapdragon 855+.

ROG phone 2 is currently out with three models available in the UK.

There is Strix edition, which features are solid specs, 8GB RAM, and 128 GB storage, though it is the cheapest ROG standards limit it .it goes for 599.99 euros.

Then we have the Powerful Ultimate Edition, which costs 899 euros. Its features are excelled, which is 1TB storage, matt black finish, and 20LTE modem for 2Gbps speeds.

It’s so far the most powerful phone and the fastest smartphone that exists. This is due to the RAM of 12 GB and a storage of 512 GB in the initial model.

HOW ASUS IS GEARED TO GAME

Asus has several features that make it generally a high tech model; however, it has also focused on gaming. The original model is shipped with optional accessories that facilitate gaming.

The phone has gaming touch controls, which are accompanied by air triggers; if you do not like paying for physical buttons- these buttons are pressure-sensitive, which are built in the frame of the phone, and they act as handy shoulder buttons in landscape mode. When you are out of the game, they have shortcuts and adjustable sensitivity. Therefore in games that involve first-person shooters, you are more advantaged due to extra control.

It also overkills by packing its 5000mAh and 120Hz, and it can be connected in other devices or hooking it up in a phone monitor.

Red magic 3s is the best preference for mobile gamers. It has front-facing stereo speakers, a high refresh rate display, and its enthusiastic gaming mode is a delight to use.

The red magic 3S was launched on the 9th of September in china and released on 16th October globally by the parent company Nubia. It goes for $599. 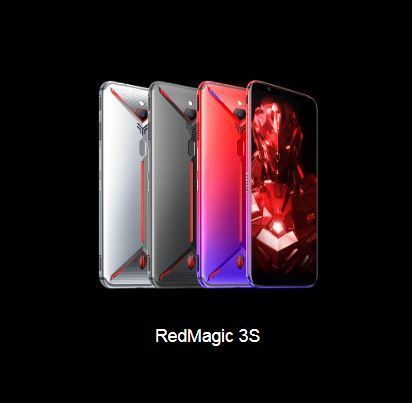 Its display is adequate for midrange handset and avails plenty of details while gaming.

It has a 90Hz display, it has a buttery smooth graphics, the latest snapdragon 855+ processor, and it has a dedicated and responsive UI that enables the user to use joyfully.

It has an internal fan which enables cooling of the phone if it gets hot, for instance, red magic 3s is capable of cooling up to 18 degrees Celsius.

In red magic3s phone graphic-intensive titles games such as Asphalt 9, it plays slick and smooth without a hitch. Crossy Road and jetpack joyride, which are progression based arcade games, are ecstatic on 90Hz display.

Red magic 3S can act as both a productivity powerhouse and a gaming device.

It has a decent camera of single 48Mp, f/1.7 Sony rear sensor with complete HDR, and in front, it has a 16Mp selfie camera.

Its battery can last for one and half a day while used regularly, and it records ten hours and seven minutes, and this includes the game in Geekbech 4s battery test with a 5000mAh battery.

The 18W adapter facilitates fast charging, and it can charge a thirty-five per cent battery in a half hour.

This model is best if you are looking specifically for a gaming phone.¨

IT IS DICTATED BY an expansive 6.7 in aspect ratio display of 20:9, and the large display offers an ecstatic and extensive view experience. Galaxy S20 Plus is 73.3mm narrow, and it weighs 186 g and svelte 7.8mm profile; therefore, it’s a less cumbersome device. It is sandwiched by a lightly rounded gorilla glass and metal.

Its camera moves to the top left of the phone back creating a rectangular form which enhances cool and clear photograph.

The Bixby hardware is removed; this means that the galaxy allows you to program your power key to open apps; it also has shortcuts such as camera quick access.

It has an IP68 feature that facilitates water and dust resistance, and it has a support of 9W reverse wireless and 15W wireless charging.

Galaxy S20+ has a phenomenal display, which is excellent for media lovers and best for gaming. 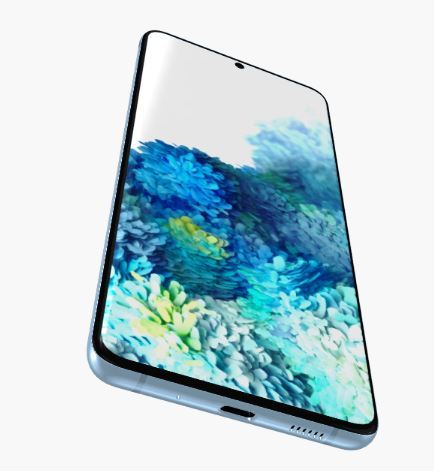 Galaxy S20 plus can last the whole day with a charge without the user worrying, it has a 60Hz refresh rate, and you can use it on display fault of full HD+ resolution while gaming. Its fast charging technology enables it to achieve 56%charge in only thirty minutes. The phone comes with a PD-compliant 25W fast charger in box and 4500mAh.

Black shark 2 is excellent for gamers because it’s affordable, it contains impressive specs, and it has an innovative tech-focused on gaming.

Shark 2 model is available in Europe and the UK on the official black shark website, but it’s currently not available in the United States.

The initial model of black shark 2 has 128GB storage and 8GB of RAM, which goes for $479. It’s available in frozen silver or tame shadow black shades.

Black shark 2 was specially designed for gamers by gamers. It’s among the first smartphone in the world to install a direct touch liquid cooling system, and this system facilitates the smartphone to remain cool during those sessions of intense gaming.

The black shark 2 maker is the first to implement a standalone digital signal processing (DSP) chip in a smartphone, which facilitates high response. It has a 240Hz touch report rate that lowers dormancy to 43.5ms, which translates directly to a quicker response in the most crucial moment in gaming times.

The display has a master touch technology that helps the screen to detect pressure in devoted areas, which provides extra functionality while gaming.

Black shark 2 has a 4000mAh battery that gets you though gaming escapades without a charger, the charge can last up to a day with casual browsing and gaming.

Black shark offers optional gaming accessories, which goes for$89.90 that is the switch-esque controllers that have touch-sensitive pas and analog sticks.

On each controller, there are four programmable buttons and two trigger buttons that can be configured by any game via an overlay. The triggers enhance mechanical keyboard esque immediately they are pushed.

Razer phone two is expected to get launched on the 26th of October in the US, Europe, and the UK; however, you can pre-order it from now. On its release, it will be $699.they will also release a wireless dock for $99, which is explicitly designed for razor phone 2.

It has a display of a 120Hz refresh rate. It has 5.7in and a quad HD resolution, which comes with the brightness of 645cd/m2.

It will have a 120Hz display, which will increase response while gaming or in general use. It has a 4000mAh battery, which lasts longer, and you can comfortably stay the whole day gaming, in social media, or general use without worrying about the charge. It will have a high tech advanced camera compared to its initial model.

Below are its features

Since it’s an old model, one can get them from the official store in the US at $699.Also, it’s available in EE and Carphone warehouse.

Its battery can stretch up to two days of gaming, social media, and regular usage. The included 30W Warp charging speeds up the charge by charging the battery up to 64% in only half an hour. Oneplus is waterproof, and it’s resistant to a splash of water though this does not mean you can go swimming with it.

When in gaming mode is upgraded to provide granular notification controls, esports team Fnatic, re-routes all network signal and processing power toward your game, therefore, blocking all the notification to give no distraction during gaming sessions.

It also has a zen mode feature, whereby when activated, it shuts your phone down. The only active apps are the camera, phone emergency apps, and you can receive calls. This mode lasts for twenty minutes uninterrupted; therefore, you can’t deactivate it until the stipulated time is over; consequently, it enhances undistracted gaming sessions.

In the above article, I have compiled a list of best smartphones for gaming. This article will offer features such as storage, battery stability, gaming features, which will enable you to choose the best among a variety. 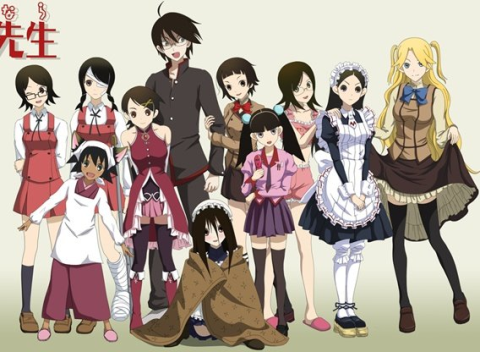 Compelling Mid-2000s Anime To Marathon At Home
The world is currently going through a severe health crisis, which means that everyone must stay at home for the benefit of public health and safety. While lying down in bed all day waiting for this season’s anime to update can be a bore, there are undoubtedly old gems that continue to compel viewers around […]
Opinion - Zoya Maryam

The Future of eCommerce
Ecommerce is a very big industry. So, it’s no big deal that people are constantly asking about what the future holds for eCommerce. In 2019, global eCommerce sales reached almost 3.5 trillion dollars, demonstrating that eCommerce is an undeniably lucrative choice for business organizations. That is huge, and fortunately, it isn’t a new trend. We […]
Opinion - Qasim Shehzad 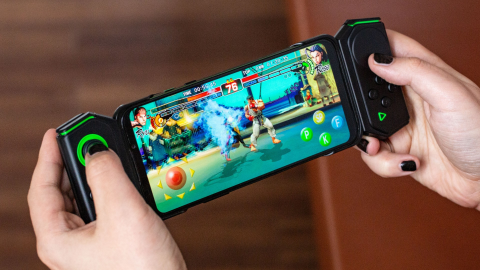 Characteristics that Make a Good Gaming App
Gamers would understand the importance of having the right gaming gears and apps at their disposal. The virtual world of gaming provides more than just a break from the tense life that we live every day. They provide thrill and a rush of adrenaline surging through the veins besides providing a momentary escape from the […]
Opinion - Gaby Alexander