Pros and Cons of Buying a Foldable Phone 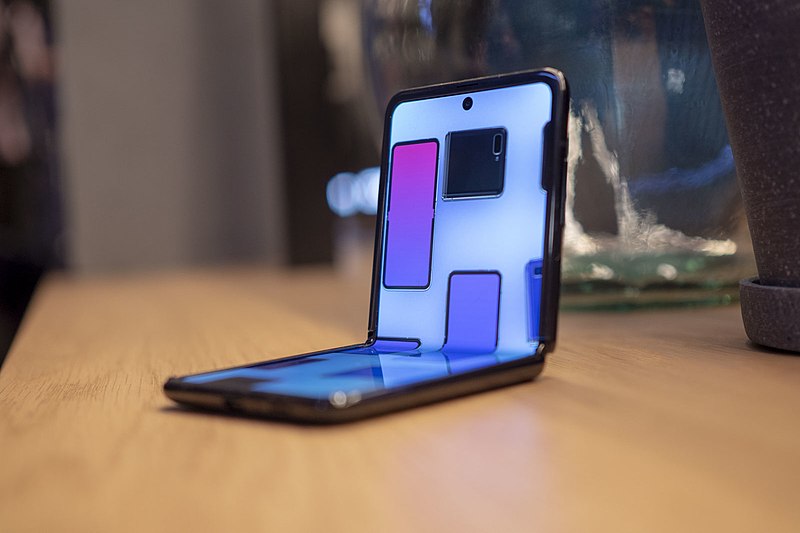 Long before smartphones became a thing, in 1996, Motorola’s StarTAC was the first to make the Clamshell design available for the public. While the clamshell phones can be quite unattractive for some now, they used to be in a lot of demand during the past couple of decades. Their popularity led to Motorola developing the Razr model. Due to its thin profile and unique appearance, the Razr was considered as an exclusive fashion accessory. However, after selling over 130 million units and becoming the best-selling clamshell phone in the world, it was soon forgotten when smartphones hit the market in 2008.

Android and Apple quickly cashed in on the market, and it wasn’t until 2018, where the concept of folding phones reemerged. Today we have folding smartphones coming in all forms of styles, models, and makes. The most popular ones available in the market include the Royole FlexPai (October 2018), Galaxy Fold (February 2019), Huawei Mate X (February 2019), Motorola RAZR (November 2019), and TCL (March 2020). However, the question arises, is a foldable phone the right choice at the moment? Let’s dive in a little deeper and take a quick look at their pros and cons to decide for ourselves.

The Advantages of Owning a Foldable Phone

It is quite obvious that with a folding phone, you are getting something more than just a smartphone. The extra screen size, along with the folding feature, offers you a tremendous opportunity to perform multitasking. For the latest foldable RAZR, we have a screen when the phone is folded. This allows you to attend to messages and skim through your notifications. For the full phone experience, just unfold and voila! For the Samsung Galaxy Fold again, you can essentially have to fully function smartphone screens at your disposal at the same time. Each screen portion can be dedicated to a particular application you want to run, and there are a lot of possibilities and room to experiment for users.

For those who want to experience displays that can put their tablets to shame, the folding phone packs quite the punch. With a folding phone you are essentially able to carry a tablet that wouldn’t fit your palms, could now be easily folded and kept inside your pocket. Bigger screen ratio also means you can watch and do things you want to in a much more convenient way thanks to the size of the display increasing tremendously. The Huawei Mate Xs, for that matter, offer you an 8-inch screen. A close contender is the Samsung Galaxy Fold with a 7.3inch screen that can fold over itself. According to an article in Samsung Insights by Jennifer Arnold, many business folks prefer larger displays, and this is why we observed a 9% growth rate in the US “Phablet” market during 2018. 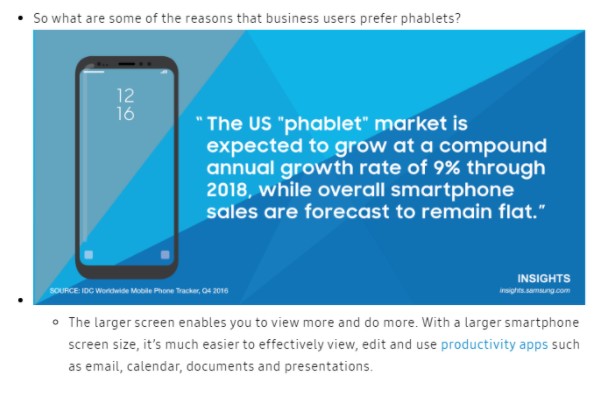 With the new form factor obviously comes the opportunity to use foldable phones for a range of entertainment–focused activities and applications. With the large display, it is quite evident that you are carrying a device that can offer you an immersive experience when playing games and watching videos. Even reading eBooks on these, along with your favorite online blogs, could be a new way to experience its full capacity. However, we are pretty sure that once these devices hit the top shelf in the consumer market, there will be a range of applications that will soon be developed to cater to their specifications. According to a report by Statista, 93.51% of smartphone users in America have entertainment applications on their devices. 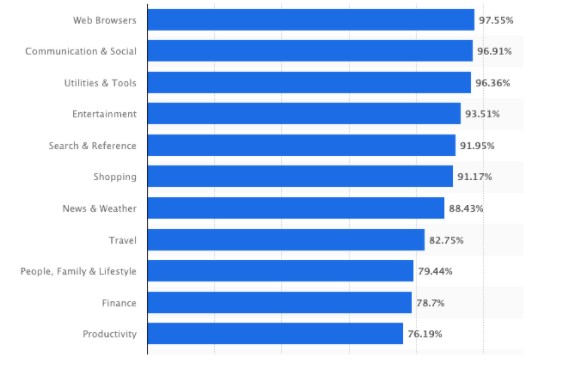 The folding phone naturally offers you more room to play with. Hence if you are an avid photographer or like to capture stunning videos, then the display alone could offer you something to quench your thirst for more creativity. There is definitely more room for you to experiment with than a normal smartphone. Plus, many of these foldable phones comes with a range of different cameras, too, that can get anyone going for extra clicks and zoom-ins. Lastly, the phones, when unfolded, do have a bigger hood, which means there is ample space to put in more powerful processors and batteries to give you the extra juice that you need to create a masterpiece. A report from Business Insider proclaims that people nearly took 1.2 trillion photos back in 2017. 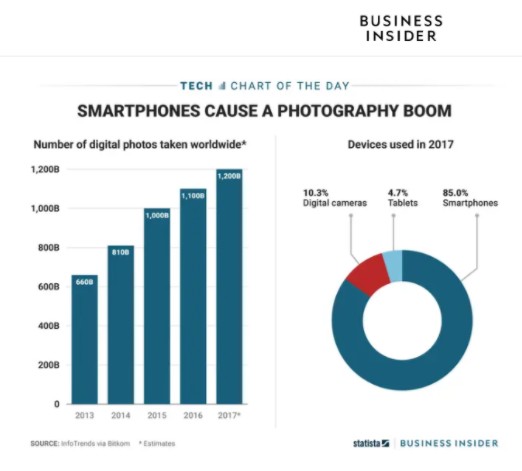 One of the biggest questions about the sanity behind these models was whether they could be considered mobile even with their larger than usual forms. The answer to that is in the fold itself. While unfolded, the phone may look as if a person is holding a tablet. However, with the fold set-in, the device becomes quite portable and easy to carry in your pocket. The new Razr does a fantastic job at this by folding into a compact version of itself, incredibly reducing the space needed for the user to put it in their pockets. Mobility is such a big factor that a study by Syntonic shows that 87% of companies encourage a BYOD (Bring Your Own Device) culture for managing business operations.

The Disadvantages of Owning a Foldable Phone

Unfortunately, these new foldable phones are still somewhat considered, well, new! Hence the price range, even from the manufacturer’s perspective, is quite high. As consumers of electronics, we know that whenever a new technology is introduced, there is a lot of nitty-gritty involved that causes the device to be more expensive to produce and market. However, once that cycle takes place, the price point slowly starts to get more comfortable for users to actually buy the product without hesitation. For that to happen again, we have to wait for, let’s hope not that long as we all want to experience new technology at our disposal at some point in our lives. Similarly, technology also offers higher education students with the assistance of professional essay writers at the luxury of their homes nowadays.

A Device that is Heavier to Carry

While the fold can solve the amount of space the phone requires to make it have some mobility, however, there is still twice the hardware there to carry. Hence there is no doubt that the foldable phone you get your hands-on first might feel heavier than most other phones you have held in your palm during this lifetime. The phone, when it unfolds, does take quite the space, and this means manufacturers are certainly going to use that free space to make the device more powerful. Hence we are easily talking about a bigger battery and a lot of other circuitry that makes your phone run like a beast.

It really goes without saying that many of us may not feel so agreeable to the idea of using a foldable phone for starters. We have been using smartphones for quite a while now. And the new form factor may very well be a bit too much to handle for many of the simpletons out there, I included. Our hands also are trained by now to work out the functions of a smartphone, even in poor lighting conditions.

However, the change in design might lead to some awkward outcomes, especially when your mind and muscles are still adjusting to using your new phone and trying to forget your previous device.

There are some genuine concerns regarding the new technology, and they are not mere skepticism or just critiquing for the sake of criticizing. The fold in the many new phones is still under a lot of inspection. How will the new devices work out this factor, only time can tell. So far, we can just hope that human ingenuity shines through and makes these phones more durable and exceed our expectations of them somehow.

Only for Early Adopters

Many of us just simply like to conform to what the majority does. We like to belong and share similar traits with others, and this makes us comfortable. Others want to stand out and be bold. Well, the new foldable phones are definitely for the later. Along with the big price point, it is quite apparent that only some of us who can afford such a device can experience the technology at its full force. The rest of us might have to wait again for a while before we, too, can carry them in our pockets.

The foldable phones are indeed one step closer to what a geek’s or a nerd’s fantasy about the future of smartphones can be like. However, we cannot take away the fact that they are indeed quite attractive to look at. Plus, they are unquestionably a power statement for those who want to appeal to others while also look fashionable. Unfortunately, at the moment, this new technology does come along with a high price tag. Hence if you have what it takes to buy one of these devices, then lucky you! As for the majority of us, we will just drool and watch from the corner at what your new phone can do at the moment.

Stella Lincoln currently works as a Lifestyle blogger at Academist Help, where students can acquire a professional essay writing service from experts specializing in their field of study. During her free time, Stella likes to engross herself with all the latest news and updates the tech world has to offer. 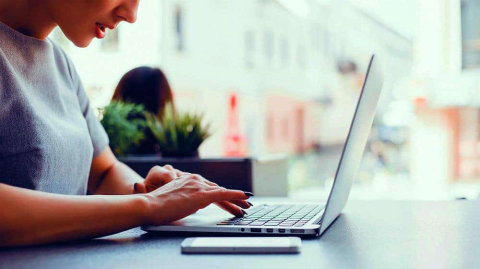 10 Apps That Can Write Essays for You At a Request
There are three important components that must be present in an academic paper; these are organisation, order and logic. In the event that any of these components is left out, readers will be disinterested. Luckily, there are various online tools that exist to ensure your writing maintains the required organisational format irrespective of the type of […]
Opinion - Sara Smith 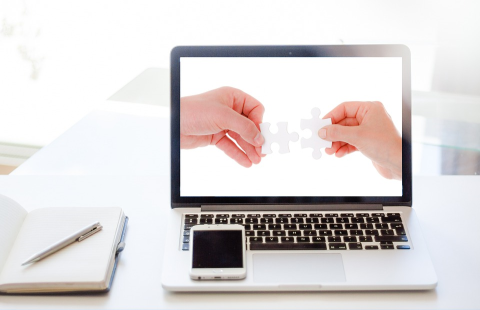 Should You Hire SEO Agency or Do SEO Yourself?
Trying to grow any small or medium-sized business is no joke. It would help if you grew your business online to gain a more attractive client base. Now, determining whether to cover this job on your own or asking some professionals to help you out to make this path quite different. Marketing consultant or analyst […]
Opinion - Trudy Seeger 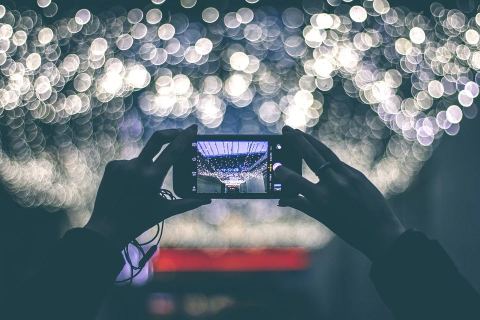 Best Phones in 2020 for Photo Lovers
Ever since cameras were introduced in our handheld communicating devices, people have become addicted to taking photos. We take photos of clothes, photos of meals, photos of pets; you name it. We are currently living in a time where people are obsessed with taking pictures. Mobile photography is a thing, regardless of whichever age group […]
Opinion - Stella Lincoln 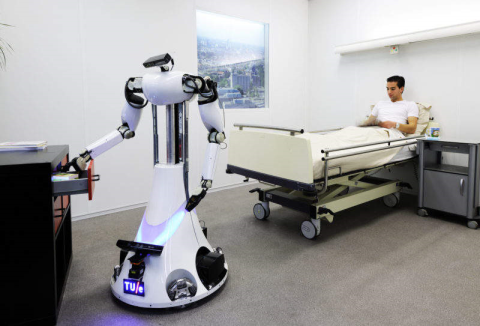 Robot- The Impact of Robots in Healthcare
[et_pb_section bb_built=”1″ admin_label=”section”][et_pb_row admin_label=”row”][et_pb_column type=”4_4″][et_pb_text admin_label=”Text”] As the entire world currently grapples with the announced Covid-19 pandemic, it is important to consider how robots would fare in the emergency room. As robots explore new frontiers, healthcare is one of the industries that has already had extensive experiments with the use of robots. With lots of [&hel
Opinion - Boris Dzhingarov