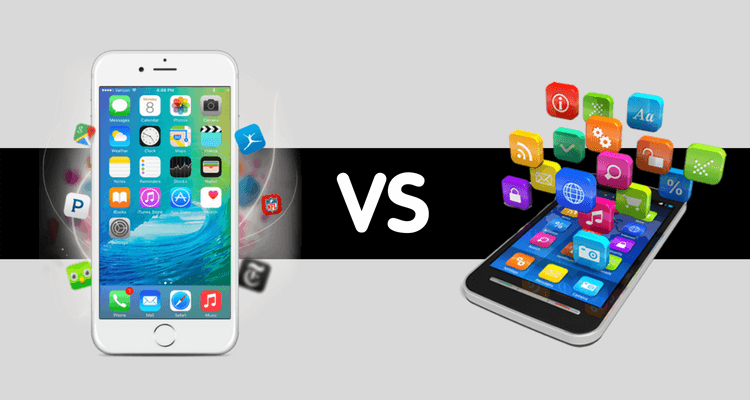 The developer, as well as the user, is caught in a dilemma when asked to take sides in the iOS vs Android applications debate. We take a look at the strengths and weaknesses of both the platforms to assess which fares better.

The advent of smartphones saw the rise of the two most popular operating systems and while the open source Android is widely prevalent, the proprietary iOS has its own faithful consumer base. Developers usually create applications native to one platform and after the app establishes its credentials, they launch it on the other. A comparison between the two can be conducted on the following factors :

What is the time taken for development?

Apple created its own programming language, Swift based on Objective C and it is used along with the iOS SDK for app creation while one needs to be conversant with Java for designing Android apps using the requisite SDK. The open source nature creates a lack of standardization with a lot of Original Equipment Manufacturers (OEMs) customizing it for their devices. The profusion of mobile instruments and the availability of more than one version of the OS makes it necessary for developers to fashion apps that are compatible with everything in order to avoid the problem of software fragmentation. There are no such problems for iOS app builders, with the closed Apple environment leading to fewer OS versions and devices in operation at a time, making development quite a trouble-free job.

This translates into lesser time required by an iOS developer for completing the process while the Android app creator has to make modifications so that there are no conflicts during deployment of the app.

Which platform is cost effective?

It is a no-brainer that because of reduced time iOS development is economical while the time and resources spent making adjustments to the application created for its successful deployment on a multitude of gadgets using different Android versions, increase the cost of designing for the platform. Then again the Integrated Development Environment (IDE) for iOS, the Xcode can be installed only on a Mac machine, meaning that a developer has to invest in quite expensive hardware. The IDE for Android can be set up on any personal computer thus saving on substantial hardware costs.

Which platform is more flexible?

One of the key issues in the iOS vs Android applications discussion is the liberty enjoyed by the consumer as well as the developer. Android’s open source character provides complete freedom to an individual to craft an application with all the features and functions for every aspect of the device that the target audience desires. The customization options are also numerous for users of this platform and they love the versatility available to them for personalizing their device. In contrast, there are a lot of features of Apple devices that have not been granted access to resulting in reduced choices for personalization of the device.

Which one is more secure?

A closed ecosystem and a stringent approval procedure gives Apple strict control over the apps that can be deployed which results in iPhone application development firms following practices for the process. Moreover, the periodical updates released which contain security patches have to be installed by a user otherwise the device will be rendered ineffective. Android also has an authorization process but even then it is susceptible to malware and bugs and with users not bound to download updates, the platform becomes more vulnerable to attacks.

There are no clear winners in the iOS vs Android applications debate as both have a dedicated community of users who have sound and logical reasons for loyalty to their chosen platform and the decision for selecting one of them needs to be made based on requirements as well as the resources available.

Priyanka Sharma is an experienced mobile app developer and presently working in Mintlogix Ltd. A leading android app development company with a global reach. Being a passionate blogger she is an enthusiast of sharing her innovative thoughts related to Android & iOS tips and tricks. 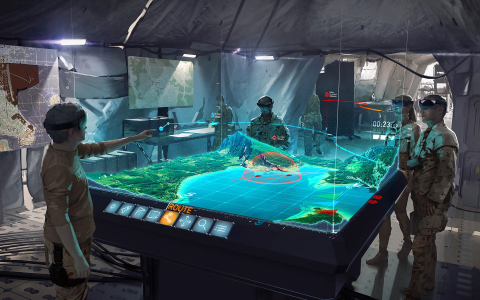 Mixed Reality: Just Another Buzzword?
There’s been a lot of talk about mixed reality recently (MR) and honestly, I’m struggling to see how it differs greatly from similar technologies. Mixed reality is a fairly new term which just sort of… appeared. I’m trying to get my head around what exactly this means because it seems like a marketing term. Microsoft […]
Opinion - Thomas Wellburn 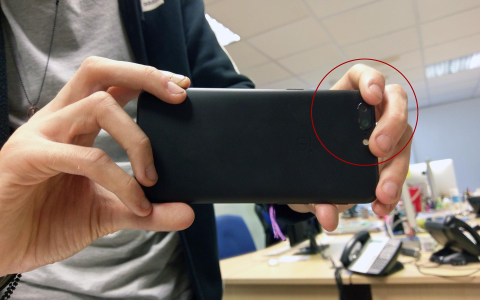 Why I Can’t Take Good Pictures With the OnePlus 5
The OnePlus 5 is a great handset with a solid shooter but for some reason, I can’t stop taking pictures of my own finger… I’m having a lot of fun reviewing the OnePlus 5 right now, but I’ve also noticed a couple of problems which seem to effect the camera. Maybe it’s because I’m left handed… but I […]
Opinion - Thomas Wellburn