Microsoft is to drop the price of its new Xbox One console in the UK, just over three months after its release.

The console – currently priced in the UK at £429, with a bundled game – will drop to £399 on Friday and will include major title Titanfall as part of the deal.

So far, the price cut will only apply to the UK.

The new cost brings the console in line with the price of Sony’s PlayStation 4, which according to industry figures is outselling Microsoft’s machine by around two to one, with 5.3 million of Sony’s machines being sold worldwide.

However, the PlayStation 4 can be bought without a game for £349.

Speaking to the BBC, Harvey Eagle – Xbox’s UK Marketing Director – said: “The reason we’re doing this is that we’re committed to giving gamers the best value that we can.”

“We’re only a few months into a generation of consoles that are going to last for many many years to come,” he added. “And now just feels like the right time to make the adjustment on the price.”

However, Microsoft is keen to point out that compared with their previous console, the Xbox 360, the newer model has enjoyed a “record-breaking” launch, and that sales of games have been strong.

The new, cheaper bundle will include a free copy of Titanfall while stocks last (which obviously won’t be available to download until the game is released on 14 March).

You can pre-order the Titanfall bundle now, by visiting the official Xbox website here. Check out our first-look review of the Titanfall beta to see what we thought of the eagerly awaited mech FPS. 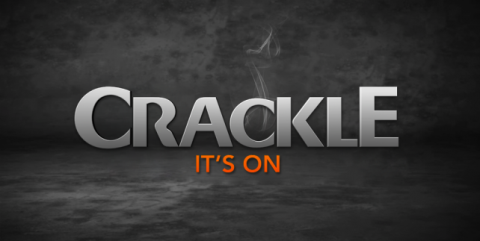 VOD service Crackle now available on PS Vita – totally free, no sign-up required
Those longing for a more rounded and fleshed-out media experience on their PS Vita may finally have what they’re looking for. VOD service Crackle is now available. What’s more, not only is there no subscription or payment required, but you don’t even need to sign up! It’s 100% no strings attached. Crackle claims to be […]
Apps - Callum Tennent
Sony to reveal Playstation 4 virtual reality headset next month?
With the next-gen console wars officially hotting up this year, Sony is looking to increase its sales by unveiling a virtual reality headset for the Playstation 4. The accessory, which analysts are comparing to the Oculus Rift, has been discussed in the past but a launch date never materialised. However, now it seems that Sony […]
Apps - Saqib Shah
Yahoo beats Facebook to the scoop with ‘News Digest’ aggregator app
For those of you in the UK still waiting on Facebook to launch its widely-publicised Paper app, which combines your Facebook feed with the news sources of your choice to make something a whole lot nicer to look at, Yahoo! has nipped in with Yahoo News Digest. The app is a news aggregator in essence, […]
Apps - Callum Tennent
Rockstar reveals tips for GTA V online race creator
Rockstar has released the newest edition of its online game tips designed to help players get the most out of the RaceCreator mode. According to the company’s newswire, this edition includes  Race game design pro tips including some do’s and don’ts specifically suggested by the Rockstar developer teams. The best designs may even be picked […]
Apps - Saqib Shah