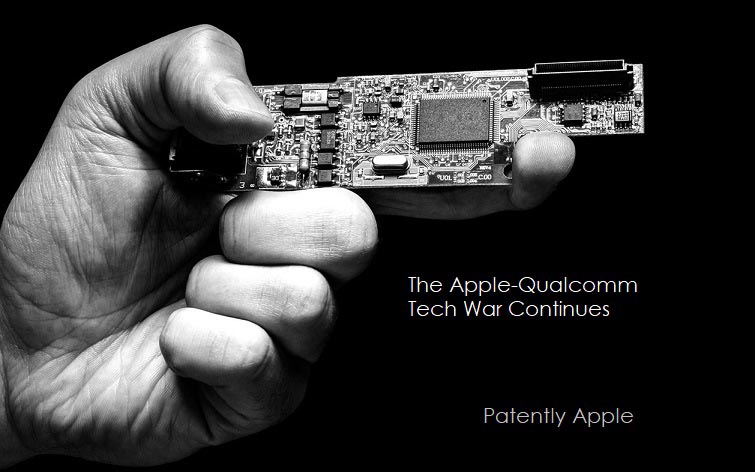 The latest Qualcomm Press Release looks set to create even more tension between them and Apple, with a rather low-brow dig ahead of the iPhone 8 launch.

Ahead of the Apple iPhone 8 launch happening at 6PM BST today, the company sent out a press release to some media outlets clearly throwing heat at the Cupertino electronics giant. The Qualcomm press release contained an image with one of the manufacturers own chipsets in someones hand, cleverly snapped to look like a gun. Next to the image are the words: “The Apple-Qualcomm Tech War Continues”.

While it may seem a little petty, it’s no secret that Apple has been caught up in a bitter lawsuit with the company. Qualcomm sued Apple earlier in July for infringement of six patents, which the company allegedly uses in their iPhone devices. These patents are related to improving battery life, of which Qualcomm gets a hefty royalty sum in exchange for their use. With the company apparently hiking their royalty price in an attempt to get more money, Apple finally cracked and sued them in three countries: UK, USA and China. This caused Qualcomm to countersue for the patents.

Qualcomm seems to have used this press release as an attempt to affirm just how much their technology is used, attaching a detailed chart showing all the Android devices which integrate their hardware.