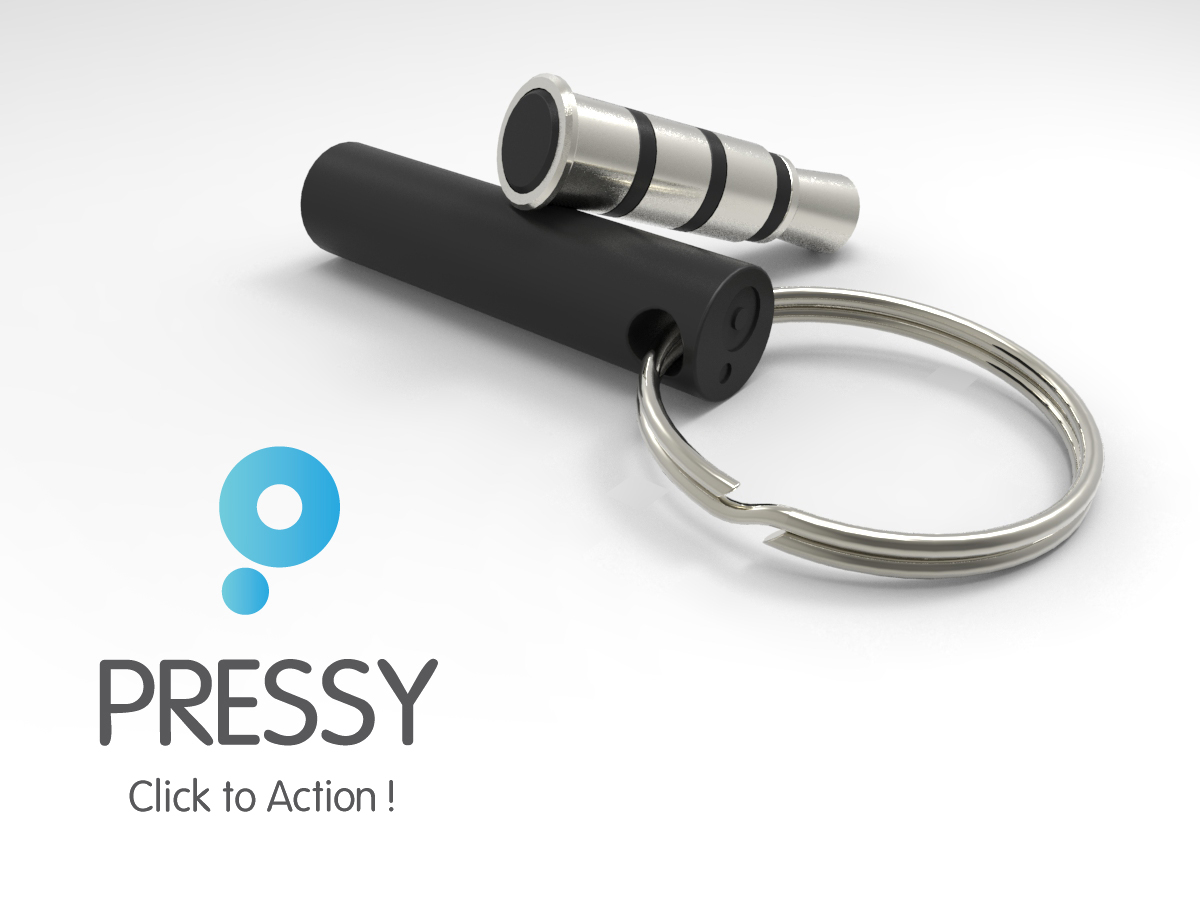 Crowded funded startup company Pressy has developed a programmable button that can be added to Android smartphones via a headphone jack.

With 45 days remaining on its kickstarter campaign the company has already exceeded its $40,000 goal reaching over $130,000 at last count.

The success of the online campaign is challenging the idea that users are happy to rely on a touchscreen for their device’s full functionality; with the exception of power and volume controls Android smartphones are generally devoid of physical buttons. Pressy makes use of your smartphone’s headphone socket to add a small, programmable button to provide a shortcut to your settings menu, camera control or any other function on your device. It’s also possible to add multiple functions to the button with single or double short or long clicks, essentially using a form of morse code.

The creators have explained that the app that accompanies Pressy will run in the background to avoid draining battery life, only activating when the button is pressed. It will even be possible to use the mic button on a set of headphones in the same way once the app is set up.

While getting devices to donors is still a few months away the low price of the device is still attracting donors – just $17 ( £11) will get you the device and the app, while big spenders can splash out with $45 ( £29.05) to receive a gold plated Pressy and keychain holder.

Leaked pics of NEX-5T and lenses appear online
As Sony gears up to launch their next generation NEX-5T camera next week, images posted on Sony Alpha Rumours gave us a sneak peek at the device.
Accessories - Alan O'Doherty