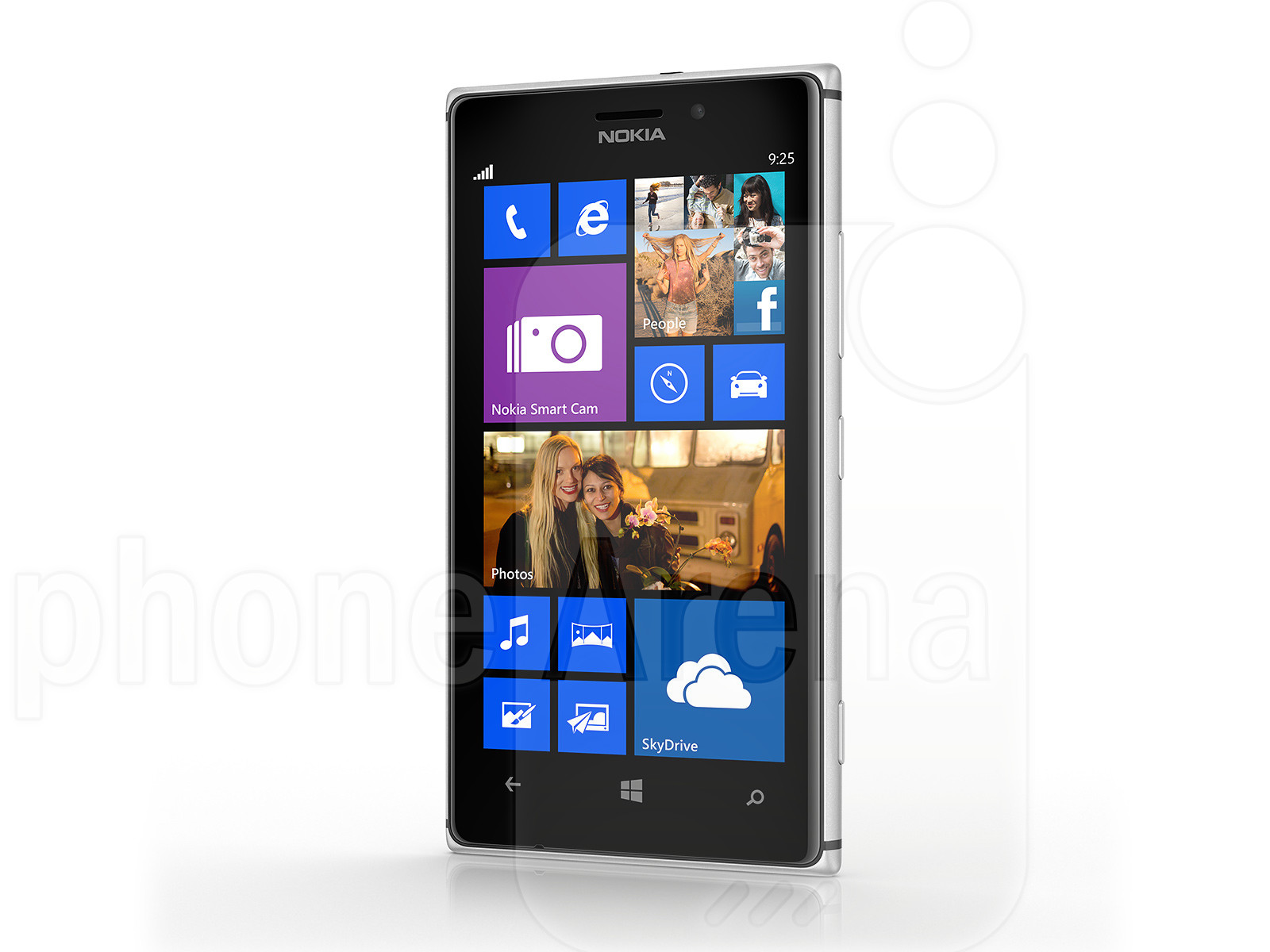 Nokia has launched the newest addition to the Lumia family, the Lumia 925.

The device, Nokia said, is a variation of its flagship, the Lumia 920 and the focus, much like the Lumia 928 launched exclusively with Verizon in the United States, is on its improved camera capabilities.

What Mobile had a play with the device at the launch event for a first look.

It does, however, look a little nondescript; it risks falling into the ‘black rectangle’ box of phones, although its metal band does help differentiate the device somewhat.

The phone feels pretty solid in your hand, like it could stand up to some beating, so the metal case so far seems to be a good step.

One of the more interesting and useful developments was the improvement (Nokia said) in software algorithms for light recognition by the screen sensors, which meant when viewing photos in bright light and then when moving to dark, the screen automatically adjusts to display better in your given environment. What Mobile tested this out and found it pretty good; the screen automatically darkened in areas when moving into a darker room, to better display the photo on view, and then lightened when moving directly under a light.

In comparison with the display of photos taken with others phones, including an iPhone 5, Lumia 920 and Samsung Note 2, the Lumia 925 displayed the photos under direct light the best, although it was closely followed by the Lumia 920.

The processor, a dual core Snapdragon 1.5GHz chip with 1GB RAM seems to handle well, flicking between tasks and apps easily and without immediately noticeable lag.

The big news, of course, and the angle Nokia is pushing, is the improvement in camera hardware and software on display in the Lumia 925, and as a first look, these improvements aren’t half bad.

The 925 comes with Nokia’s Smart Camera, which seems to be a (very) upgraded Smart Shoot, a camera option which takes 10 different frames.  There are a whole range of editing options for these frames which look to rival, for instance, Samsung’s recent developments in this area, the difference being these options are included in the single mode – so users don’t have to select a separate mode for each action they wish to perform with their photos.

These various camera modes include Best Face, which picks the best facial expression from any shot and pastes it onto your chosen frame (so you can pick the photos where you don’t look goofy in a group shot).  What Mobile tested this and it worked okay – you can certainly choose the best photo of your face (however painful your expression might be) but there was a problem with the resulting photo looking definitely (and badly) photo shopped, with a square of my face bluntly placed on top of another photo, meaning I ended up having four shoulders.  The demonstrator said this could be a problem with camera movement.

Smart Camera also offers Remove Moving Object mode, which automatically removes any object or person moving through your frame, a direct rival to Samsung’s Eraser mode.  This worked well when What Mobile tested it on Nokia’s demonstrator skater, removing the skater completely from the scene.  Like Samsung’s Eraser, significant displacement (or ‘heavy movement’ as Samsung calls it) needs to occur with an object before it will be recognised as moving.

Another editing option is Action Shot, which allows users to choose which frame of the action they want, and superimpose frames one on top of the other to give the look of movement.  This is a pretty nifty option, allowing various poses of the skater to be selected in one photo – there’s also an option to blur the background and focus on a specific foreground object which worked well and made the photo seem more active.

A Nokia rep said, dependent on the photo’s subject matter, every Smart Camera shot (so 10 frames) could use up to 15 to 20 MB of space on your phone.

One of the big capabilities that Nokia is pushing, particularly with their 928 comparison video for the US-only phone, is the Lumia 925’s abilities in low light conditions, and this was where the device really stood out from competition.  In a very darkly lit bar situation (to be fair, likely darker than an actual bar at night), the Lumia 925, without flash, picked up a fairly clear picture; it was still muddy with blurred outlines, but colour and clarity were much better when compared with other phones, including the BlackBerry Z10 which took a completely black photo, the iPhone 4 which was very grainy and grey, with a few details, and the Lumia 920, which was good but not as clear or well-coloured as the 925.

The 925 does not have the Xenon flash, as the 928 does, and there are other small hardware differences, a Nokia rep said.

Nokia is also releasing some new accessories with the 925, including a portable charger launched in India last week and due for global release in June or July, for around  Ã¢¬19.  The charger has a micro USB cable and indicates how much charge it has left when the charging lead is extracted.

The 925 will also have wireless charging covers on offer when it launches, similar to those for the 720, which will retail for around  Ã¢¬29.90.

Live blog: The next Nokia Lumia
What Mobile is live blogging from the Nokia launch event today, which the company says will continue the Lumia story.
News - Alex Walls