Game Review: Badlands – the intriguing platform scroller about a floating…hedgehog?

This game gets full marks for art work.

Badlands is a platform scroller highly reminiscent of Limbo, particularly for its dark undertones (or overtones, in Limbo’s case).

There’s no intro text of video; instead, the title screen has a bunny being hung.  You start as a floating hedgehog with wings, or possibly a very puffy owl; either way, you’re a cute as heck creature exploring, it becomes apparent, an environment designed to kill you, via rotating cogs and saws, exploding vegetation, falling rocks or just the plain old black screen moving too fast.

What I liked about Badlands, apart from the art (more on that later), is that it’s a subtle game.  The forest you float through could just be the out put area of some vast mechanical system, and you just happen to fly into various external parts of the machine.  However as you progress through the games leves, depicted by a large white circle of smaller circles, you begin to get hints that these traps have been deliberately designed. There’s the guns that push you into the saws, the rocks booby trapped to fall, the metal plates, trip wired to slam shut as soon as anything steps on them.

The music in Badlands is subtly played as well – natural sounds are occasionally overlaid with slightly ominous, bell-like tones.  One of the game’s survival tips is to listen with headphones for a better experience and while I wouldn’t say this enhances your life expectancy, it certainly enhances your enjoyment of the game, particularly when you get to hear the fairly realistic sound effects when your character is squished (think the audio version of ‘sllllllppppppppthhhhhhh’).

The game play itself is inventive and interesting – you fly along by tapping or holding the screen and there are various items you pick up or are attracted to, that change the play, including pods to make you bigger, smaller, faster, slower, bouncy, sticky, and more.  The game also manages to engage your heart strings a la the Companion Cube by leaving clone pods around the place, which when activated, spawn clones of your fluffy hedge-owl who flap desperately behind you as you try to navigate the death maze you’re in and save them as well as yourself by flying towards a suction pipe.

The number of clones you save is tallied and the game has various achievements such as getting through a level in one go, saving a certain number of your clone buddies, and so on.  There’s also a multiplayer option which is described as survival of the fittest, so no mercy.

And finally, the art work. Egad, but this is a beautiful game. The characters are cute and the environments, complete with creatures watching you in the distance, are beautifully designed and executed with cartoon-bright water colour-type landscapes and colour use, which change as you level up, becoming more and more sinister.

The game is expensive at £2.49, there’s no getting around that. But it has a large number of levels, is captivating enough that you want to finish every one, and is intriguing enough that I really REALLY want to find out why my floaty guy is there in the first place, and just who’s trying to kill him. 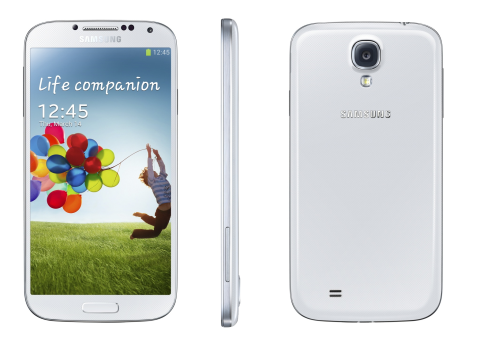 Blog: Mobile tips for flying – the joys of tablet RPGs and dictionaries
Some of What Mobile’s recently garnered travel tips for the tech you carry onwards and upwards.
Apps - Alex Walls