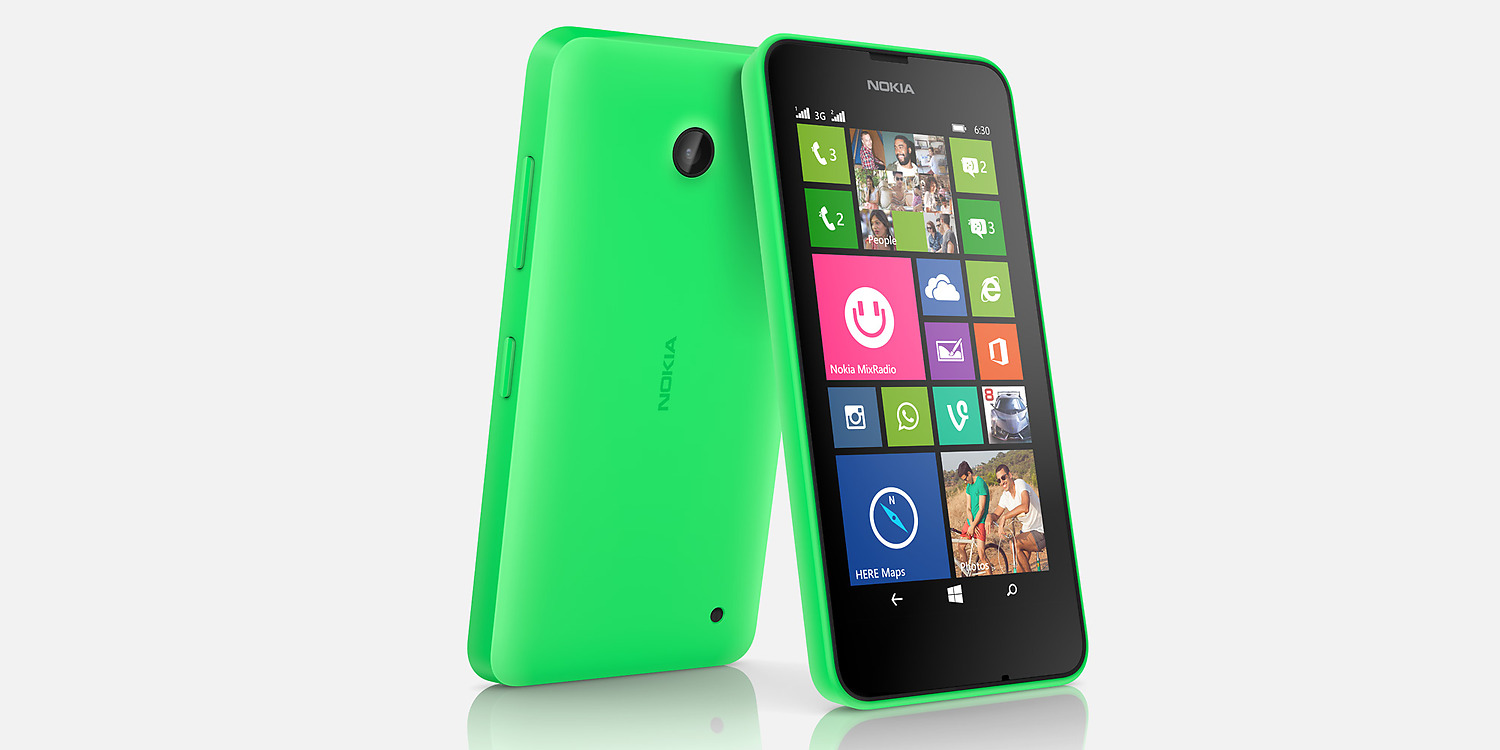 Nokia’s newest addition to its colourful Lumia range, which runs the gamut from entry-level to flagship handsets, is an affordable device with its sights set firmly on Motorola’s crown.

The last time we saw an entry-level smartphone from the Finnish manufacturer on this side of the pond was over a year ago in the form of the Lumia 520. Since then, Nokia has released its cheaper Windows Phone handsets solely in Asia – where the demand for these types of devices was initially higher.

Since the release of the Moto G, and more recently the Moto E, all that has changed – with Motorola finding great success within this market sector. Now, Nokia wants a slice of the pie. But can its newest smartphone match the solid specs and superior performance of Motorola’s cheap champions?

The most noticeable design feature of the 630 is the fact that it has ditched the rigid corners associated with the Lumia range for a smoother, curved shape.

At 4.5 inches the 630’s display is 0.2 inches bigger than the Moto E. Additionally, its considerably large top and bottom bezel make it feel significantly larger in the hand. Still, it’s hardly an oversized phone and those wanting a larger device that is light (8 grams lighter than the Moto E) will be pleased by its dimensions.

Unfortunately, its matte plastic back cover – despite its range of bight colour options – lets it down as it looks cheaper than the glossier Moto E.

In its ads and promotional clips, Nokia has touted the 630’s built-in apps, which include a music streaming service entitled MixRadio, a map service called Here, the Bing News Reader and not one but two messaging apps in the form of Skype and Line, among others.

This is all well and good if you’re a fan of these Windows-centric apps, otherwise they accumulate to little more than clutter for the device’s 8GB storage. Additionally, waiting for all the apps to install only adds to the set-up and activation process of the 630.

We tested out the Nokia MixRadio app which at first seemed like a decent, free music streaming service until you realise you only get a limited amount of skips and certain tracks are censored. We also noticed glaring errors while testing it out, such as wrong song titles for certain tracks. You can subscribe to MixRadio’s unlimited service for £3.99, but it’s not worth it when compared to other streaming services like Spotify.

Once activated, we would recommend turning the brightness on the 630 to the highest of its three settings – otherwise the screen looks dim.

Additionally – if you have the 8GB handset – make sure to uninstall any of the aforementioned built-in apps you don’t use, to free up storage for apps, games, images etc. For us, these included the unnecessary Bing newsreader add-ons (such as the Sports reader and Travel app) and the Line messaging app. The inclusion of two weather apps out of the box (the Bing Weather app and the Weather Channel app) is also excessive, so choose the one you prefer and trash the other one to save up on that valuable storage space.

In terms of performance speeds, we were impressed by the way apps run on the 630. We tried out all the most popular social networking apps and found that they performed even better than on the Moto E – which hardly broke a sweat when running them itself.

Facebook opens quickly, works smoothly and browsing through images and photo albums is particularly fast. The same goes for twitter, which also updated rapidly when we were quickly scrolling through our dense timeline.

Web browsing – via the Internet Explorer app (which may irk Chrome users) – suffers from slight lag due to loading times for web pages. However, it’s still faster and more reliable than that on more expensive devices such as the Huawei Ascend P7.

Gaming is where the Lumia excels past its affordable rivals due to its quad-core processor. Most cheaper handsets still only offer single or dual-core processors, the Moto E’s 1.2GHZ dual-core capability included.

Although dual-core processors are absolutely fine for the majority of low-end browsing and app tasks (which is why they generally suffice for most casual smartphone users), they cannot handle more powerful mobile gaming tasks.

Therefore, the Lumia 630’s quad-core processor is much better for high-end gaming. As a result, powerful titles such as Asphalt 8: Airborne look more polished due to the solid frame rate and don’t suffer from the niggling lag issues that they would on other entry-level handsets – the Moto E included.

At 480 x 854 pixels (218 ppi), the screen resolution on the Lumia 630 is better than most cheaper handsets apart from its closest rival the Moto E – which Motorola rightly touts as containing the sharpest display in its entry-level class. Consequently, although HD videos on the Lumia 630 look clear, they lack the crispness of the Moto E’s display and don’t even come close to the display found on mid-range and high-end devices.

As is usually the case with Windows OS, however, third party apps can be a problem. For example, after we stopped viewing a HD YouTube video on a third-party imitation of the app (Google owns YouTube so you can probably figure out why an official Windows Phone app isn’t available) the service crashed and even forced the phone to restart when we tried to exit it via the Windows Live Tile home button.

Luckily for the Lumia 630, its in-built features are a lot more attractive than its apps. Firstly the sound quality on the device is loud enough to please music enthusiasts. The audio can be cranked up extremely loud and only needs to be set halfway on the scale when listening through headphones. This obviously also aids video playback, with audio quality aiding the viewing experience.

We found the camera on the Lumia 630 to also be better than on similar devices, despite containing the standard 5MP rate. With a decent amount of focus functions and interesting touch controls (sliding up and down on the screen and left to right to zoom – instead of pinch controls).

The only negative is the short pause that occurs every time you open the camera app, which is particularly irritating considering that time is of the essence when taking photos.

The Nokia Lumia 630 contains many positive traits. Its bright and smooth Windows Phone interface is eye-catching and performs most tasks well for an affordable handset. It beats its rivals – including the superior Moto E – in terms of app browsing, camera functions and gaming. Elsewhere, however, it is let down by some crippling debilities that include a lack of popular apps and games, unnecessary built-in software and a rather dull design.

It’s your best option if you’re looking for an affordable Windows Phone device, and a solid all-round entry-level handset to boot.