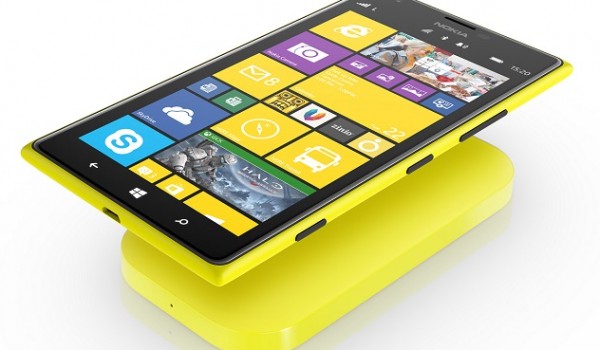 For as long as we can remember, mobile phone makers have banged their collective drums to proclaim their devices to be the “smallest and lightest”. Miniaturisation of mobiles was once the holy grail.

No stone was left unturned in the quest to make phones as unobtrusive and pocketable as possible. Remember the Motorola RAZR? So what are we to make of the ginormous 6-inch Nokia Lumia 1520, which signals that the tide has definitively turned towards giant phones?

Its form factor screams “expensive tablet”. A jet black screen blends seamlessly with the bright yellow polycarbonate body. Volume and power switches lie flush with the edge surfaces and the hatches for SIM and microSD cards are barely discernible. The whole design and feel scream quality.

If you are lured by the Lumia 1520, chances are it will serve as your sole mobile as well as your tablet. In which case, you’re going to need deep pockets, a big handbag and fingers the size of a teenage gorilla, if you like to operate your gadgets with one hand.

But let’s be honest, who wants to go around taking photographs holding up a big, bright, yellow rectangular thing, or be seen making phone calls with a bright expanse of plastic clamped to their head?

Let’s assume you are a thick-skinned, big-handed geek who is not fazed by being seen in public wielding a luminescent paving slab. Chances are you’ll be hugely impressed by the 1520.

It runs the latest version of Windows Phone. This is good and bad news. The good news is it’s a quality operating system that’s very fast and rarely crashes or hangs. The bad news is the Windows app store can’t yet match the quantity of apps you will find in Apple’s App Store or Google Play. In practical terms, this is not a great hardship.

The 1520 ships with some powerful apps included such as Microsoft Office, which enables the road warriors among you to prepare and view word processor documents, presentations and spreadsheets on the move. There’s no danger of getting lost on the way to your next client meeting either. Garmin and TomTom, look away now.

The 1520 does a superb job as a satnav. Nokia’s Drive Plus satnav app is as good, if not better, than most dedicated personal navigation devices (PND). You can download and update a map of virtually any country in the world that has a road, absolutely free. Stick the 1520 on a dedicated car mount and you’ve got all the satnav you could ever need. Oh, and would you like a near-professional quality camera with that as well, sir? Step this way.

The amazing 20-megapixel PureView camera will do most of what a professional DSLR will do in the hands of an amateur. And the 1080p HD screen is achingly wonderful.
Like the Nokia 1020, the 1520 sports a camera system that a few years ago would have done a £1,000 DSLR camera proud. Nokia’s PureView technology really pays dividends, with a photographic prowess that makes one seriously question the need to ever buy a dedicated point-and-shoot camera again. The sharpness and depth of colour gives even an average shot a 3D quality. That’s before you harness the powerful on-board editing features that transform the 1520 into a digital darkroom.

A particularly neat trick is the wizard way in which the camera takes a burst of pictures and lets you choose the best effect you would like with each ‘ or whether you just want to pick the best of the bunch. It’s similar to the high dynamic range (HDR) feature you’ll find on the iPhone, as well as in top cameras, but Nokia’s version is a little more whizz-bang.

The only word of warning we’d offer regarding the camera harks back to the comments about the B-I-G form factor of the 1520. You’d need to be lacking an embarrassment gene to use it. Discrete, it ain’t.

When it comes to everyday running performance of the phone’s operating system, with Qualcomm’s top quad-core Snapdragon 800 processor powering away at 2.2GHz, you’re not going to be held back by slow number-crunching. The 1520 flies through every app, task and menu swipe. The camera function opens in a split second and pictures are saved in double-quick time. Fire up the satnav and the map will calculate a journey of 1,000 miles in less than 10 seconds. There’s no hanging around.

The 1520 is either the biggest 4G mobile phone we’ve seen or one of the smallest tablets. Yes, it’s another ‘phablet’ to add to the glut of over-sized handsets launched in recent months. We’re confused about the whole ‘phablet’ phenomenon, which seems to be about offering people products they haven’t actually asked for.

There’s no doubt the Lumia 1520 is a technical tour de force. This is a powerful computer that can run 1,000 tasks as well as any desktop computer. It has lightning-fast 4G connectivity to the internet, a camera and 1080 HD video to die for, and a satnav capability that can guide you around the world without breaking a sweat. As a mobile phone, though, it’s likely to be too big and obtrusive to use as your only device.

Review – Tesco Hudl
Just the existence of the Tesco Hudl says something about how much the tablet market has grown. Four years on from everyone claiming the iPad to simply be a ‘big iPhone’ and even mainstream supermarkets are trying to get in on the action. Here, Tesco has taken the family angle, with a cheap ( £119), […]
Devices - Jamie Feltham