Review: Huawei Ascend G510 – is it a false economy? 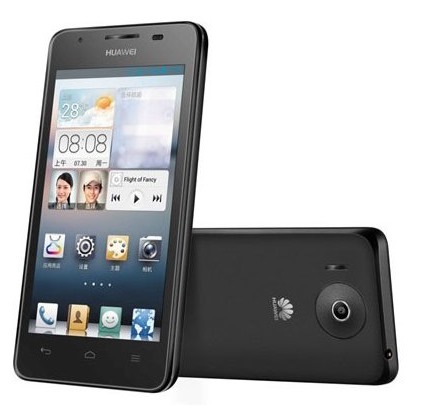 Huawei has produced one of the largest budget smartphones yet, but it feels a bit like a false economy.

Budget smartphones are anything but a new phenomenon – you could argue that it was the race to the bottom that ran Windows Mobile into the ground – but they’ve rarely been worth their low price tags. With sluggish software, creaking processors and unresponsive screens, they just prove that there’s a big difference between an affordable mobile and a good value one.

With the Ascend G510, Chinese telco giant Huawei hopes to change that. On paper, it’s as powerful as some of 2011’s flagship Android smartphones, but starting at just £130 on Pay As You Go with Vodafone, it’s just half the price that rivals command, even now. But what about in practice? That’s what we’re about to find out.

Let’s get this clear from the get go. If you want a phone that’s easy to look at as well as easy to use, your only option in this price bracket is Nokia’s rather lovely, luminescent Lumia 620 (but even now, Windows Phone 8 is still missing vital apps). If you’re shopping for a low price Android phone, this is still one Faustian pact you’ll have to make.

Instead, all you can ask for is a phone that’s solidly built, and doesn’t distract from what you’re doing on screen. On those counts, the Huawei Ascend G510 delivers.

It’s a plain, inconspicuous box that at 9.9mm and 150g is not too fat and not too heavy, and comfortable to hold. The smeary black plastic won’t blow any minds, but it does feel as though it could take a tumble or five, and there’s no signs of give anywhere. The back panel, easily pried off at the micro USB port on the bottom left, does not flex, or ever feel in danger of coming off without permission. It also plays host to some beefy speakers, though despite the DTS “surround sound” badge on the back, we wouldn’t retire your stereo just yet – crank it up too much and things get raspy like a sore throat. But all in all, our only real complaint is that the power/lock and volume buttons are on the left hand side, when it’s become something of a muscle-memory tradition to keep them on the right.

The display gets a passing grade too. With a yesteryear resolution of 480×854, it’s not sharp – certainly nothing in comparison to the crisp HD panels on top of the line new smartphones, and lacking their bright colour reproduction and viewing angles. However, it proves perfectly fine for watching a YouTube video, even if you might not want to read entire novels on it via Amazon’s Kindle app.

It is also welcomingly large – as big as the screen found on the Nokia Lumia 920 – which makes web browsing and typing easy (so long as you get rid of Huawei’s awful default keyboard, but more on that later). This is no Samsung Galaxy Note-esque phablet, for sure, but it certainly beats the cramped confines of other low price rivals.

The camera, however, gets a C minus and a “See me after”. The 5NP stills are flat and awash with noise, even in the outdoors – though we can’t say we expected anything else for the money. There is at least a low resolution front facing camera, so should the need to video chat via Google Talk or Skype take you, there’s nothing stopping you.

The Ascend G510 is far from the only low price smartphone on shelves right now. Here are three others to consider…

Huawei’s arch-rival, ZTE, might have the G510 bested. For just £69 on Pay As You Go with Virgin, you get a similarly sized four-inch screen and a single-core 1GHz processor. The only downside? It’s running the older Android 4.0, so you won’t get features like the G510’s clever interactive notifications. Other than that though, it’s a serious contender.

For just a few pounds more per month, or around £150 on Pay As You Go, the Nokia Lumia 620 is a worthy rival. Unlike its cheaply-constructed Android counterparts, it’s a beautiful, solidly constructed phone that’s as easy on the eyes as it is to use. Windows Phone 8 means fewer apps, yes, but also a cleaner user experience too that technophobes will dig.

If you want Android smarts for the absolute lowest price, you’ll be wanting the Alcatel OT-903, which costs just £39.95 on Pay As You Go. Yes, you’ll have to put up with a tiny 2.8-inch touchscreen, but for your troubles you’ll get top class Google services, free satnav skills and all the apps you can handle too.

Giving the G510 a facelift

Fire up the G510 and you’ll be hit with a bizarre homescreen that looks like someone tried to draw iOS out by hand. The good news is that, Android being nice and open, you can change it. Grab the free Apex Launcher off the store and restore Android to how Google meant it to look – fast and clean.

You need to ditch the G510’s awful stock keyboard pronto. Head to the Google Play store for the £2.99 SwiftKey, an incredible, responsive and customisable keyboard. Its USP is its ability to learn how you write, and predict the next word – it also lets you drag a finger across the screen for fast one-handed typing. Not ready to splash the cash? Don’t worry, there’s a month free trial. Trust us though, it’s essential.

Android is now five years old, but incredibly, it still has one fundamental flaw: you can’t see how much battery you’ve got left beyond a few increments on an unhelpful indicator on the top right. The free BatteryBot solves this, giving you an exact percentage visible in the status bar at all times.

Jelly Bean under a wrapper

But Android can be a confusing beast at times. It doesn’t work like Apple’s iOS: Google releases the source code, and it’s up to manufacturers to adapt it to make it work on their hardware – and budget phones are usually low down on manufacturers’ priority lists.

As such, it actually comes as a breath of fresh air to find something as new as Android 4.1 on the G510, especially since many of the improvements in version 4.2 are aimed at tablets only, rather than mobiles. Certainly, you won’t find any other low-price rivals running Android 4.1 out of the box, stuck as they are on 4.0 or even archaic 2.3 “Gingerbread”. (Rather confusingly, there’s a System Update icon on the homescreen by default – at the time of publication it did precisely nothing, but it at least hints at potential upgrades down the line).

At its core, Android 4.1 is fast, easy to use, filled with features – the alerts in the pull-down notification tray that you can expand to read more and even reply through are a particular highlight – and packed with apps (more than 700,000 on the Google Play store).

And thankfully, Huawei hasn’t mucked things up by bloating the G510 with needless software and free trials, as some phone makers are wont to do. You just get the crucial services you’d expect, like Google’s sublime Gmail, Maps and Chrome browser.

But Huawei has changed how Android looks, adding its own homescreen and app drawer (called a “launcher”) and its own keyboard. These are far from improvements. The keyboard is unresponsive and hard to use unless you like to hunt and peck, while the homescreen looks like a Fisher-Price toy, with screen transitions that seem to have been stolen from a mid-90s home movie editing app.

Fortunately, these impediments can be removed. You can download a new launcher and keyboard right away, and set Google Chrome as the default browser instead of Huawei’s version. Within minutes, you can have your G510 looking and behaving like a Google Nexus 4 – or whatever you want.

But while the the G510 gave us no cause for concern when it came to battery life, with the 1750mAh battery clearing a day of use where a top of the line Android smartphone would struggle, its speed and performance did give us some cause for concern.

To give you some perspective, with the aid of its 1.2GHz dual-core processor the G510 clocked an average score in the Quadrant Standard benchmark app of 2500, around the same as a top of the line 2011 HTC Sensation. That’s not at all bad, but you wouldn’t guess it was capable of this from real world use: it sometimes feels like a 2010 phone, not a 2013 phone. In particular, the all important notification shade drops down on command very begrudgingly, and sadly, this isn’t something you can fix with an app like everything else.

Still, in practice, it’s still enough to browse away, opening a couple of tabs and checking Google Maps while streaming music from Spotify. You might struggle to open HD video files, and some top of the line games will struggle or simply not appear in the Play store for you (Though we found Temple Rune 2 plays just fine), but if you can live without these, it should prove enough horsepower for many.

If you’re prepared to go that extra mile, you can have the G510 acting like a flagship Android phone for a fraction of the cost. So long as you can cope without playing Shadowgun or Max Payne, there’s lots to like about the Ascend G510. But if you can cope with a slightly smaller four-inch screen, and older Android 4.0, we’d say the ZTE Blade III offers much the same for even less – just £69 on Virgin mobile.

The pace of technology these days is outrageous: the Huawei Ascend G510 is, in effect, a somewhat sludgier Samsung Galaxy S2 for half the price, with a bigger screen. Of course, for those who like to live on the bleeding edge, that won’t cut it in 2013, but this was the phone of 2011. And for many people, that sort of performance will be more than enough for what they want: casual web browsing and Instagramming and the odd game. Just watch out that the even cheaper, slightly slower ZTE Blade III doesn’t provide that as well.

+ Good price on Pay As You Go

‘ Rival phone can be had for even less 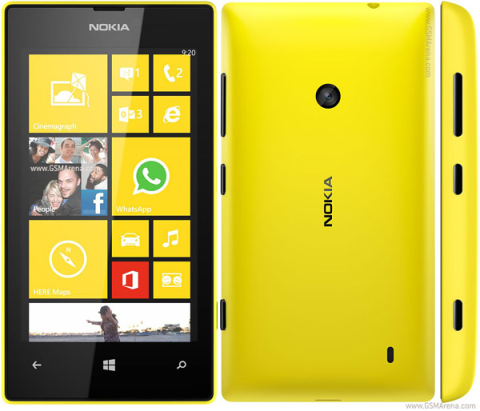 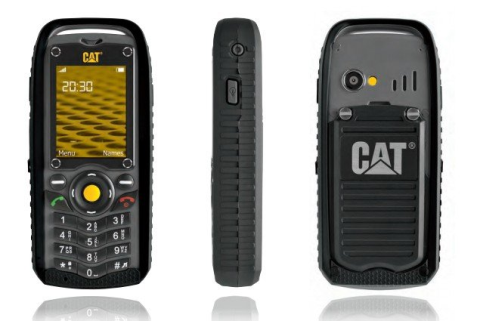 Review: CAT B25 – they don’t make them like they used to, thankfully
What Mobile takes a look at the B15’s little cousin, the B25, and by golly are we not impressed.
Devices - Michael Garwood

Review: The CAT B15 – a CAT with nine lives?
What Mobile takes a look at the CAT B15, the rugged phone which can withstand water, a fall from 1.8m – and a dog’s appetite.
Devices - Michael Garwood