All consumers really want is a compact, attractive device with a decent OS and powerful features at a low low price. Could the HTC Wildfire S be the answer to their dreams?

Until HTC announced its flagship dual-core monster, the HTC Sensation, it seemed like 2011 was simply going to be a repeat of HTC in 2010, with popular handsets like the Desire and Wildfire reappearing as the Desire S and Wildfire S.

One year on, the Desire S failed to capture the same level of excitement as the original, especially with better models available like the Desire HD, Incredible S and the Sensation.

However, in the case of the Wildfire S, things have definitely changed for the better. At a much lower end of the market, this is a very important phone for HTC. With mass market appeal, the phone has to be good, given how it’s up against lots of competition.

The original Wildfire was small enough, but the Wildfire S is even smaller in every dimension, bar depth, where the phone has fattened out by four millimetres. It has also lost some weight, although the difference is hardly going to be noticed.

What you will notice is the screen. It’s the same size, but a higher resolution. QVGA (240×320 pixels) really doesn’t cut the mustard these days, unless you’re buying an incredibly cheap phone. The switch to HVGA (320×480 pixels) really does make a huge difference, just as the Sony Ericsson X8 did over the X10 mini. Not surprising, given there are now twice the number of pixels. The screen is capacitive too.

What you probably won’t notice, even if you already have a Wildfire, is the removal of the optical navigation control below the screen. Rarely used, HTC has removed it from the Wildfire S just as it did with the Desire S. It’s one aspect that surely won’t be missed.

The original Wildfire already had a decent camera and it’s unchanged here. Five megapixels is arguably all most people need from a cameraphone. In fact, it’s possibly more than most people need, especially if you’re going to be looking at the pictures on a normal monitor or emailing them. The camera interface is however more limited in features than the higher-end models, although you do get geotagging and face detection support. On the video side, the phone captures at VGA-resolution, meaning no HD or even widescreen.

The processor isn’t much different either, so don’t expect it to match the Desire S for speed. At 600MHz, it ranks quite far down on the benchmarking stats, but it still copes fine with normal operation. It’s only when running the most processor-hungry apps where you’ll notice things slowing down, which rules out the Wildfire S supporting Adobe Flash, an app that always needs plenty of power and memory.

A year ago, 512MB of RAM was high-end. Now it’s average, but it’s enough to keep most of your apps running in the background to ensure a quick jump from one to another (even using the dialler or sending a message requires the loading of the relevant app).

HTC Sense is a big reason why you may opt for the Wildfire S over other affordable and similarly sized smartphones on the market. Admittedly it runs the older incarnation (V2.1) that lacks some of the very latest features, like being able to launch apps from the lock screen and there’s no fancy 3D page scrolling on the home screen, but you can still change the panel layouts, colours and skins. You can even choose different sound effects that play when using the phone.

More importantly, you get access to HTC apps like Friend Stream and the seamless integration of Twitter and Facebook updates, plus contact synchronisation. Once signed up for an online account, you can also protect your phone if it is lost by remotely contacting the device, perhaps to ask for someone to give it back, see its current location on a map, or as a last resort securely wipe its data.

Should you have simply left the phone at home you can also see any missed calls or new messages received, or set up a divert to route calls to another phone, which will hopefully be the only things you ever need to use the service for. This is a unique feature to HTC that gives the Wildfire S another edge.

Other unique features include HTC’s own navigation software, which uses downloaded maps to save mobile data use when driving, ensuring you can still drive in areas of no coverage, or even abroad where downloading maps would probably cost a fortune. Should a call come in while you’re being guided, the screen will split into two so you can continue to see the map and next-turn instructions.

It’s hard not to like an HTC device, given how much effort is put into extending the functionality beyond the native Android OS. One disappointment is the 1,230mAh battery, and the use of cheaper plastics in the handset construction (there’s no fancy aluminium unibody casing here).

Of course, that’s done to keep the pricing down and is to be expected. You can also expect to see this phone being offered in a multitude of different coloured casings.

Given you can pick this up on a two-year contract for as little as £10 a month (with a small upfront fee for the phone), HTC has achieved its goal of offering a high-end Android experience at a low-end price. The original Wildfire was good, and the Wildfire S is even better.

It’s amazing how a few small tweaks can make such a big difference. The original Wildfire wasn’t a bad phone, and offered excellent value for money, but now the Wildfire S has suddenly made it obsolete by simply increasing the screen resolution, updating its Sense UI and slightly tweaking the processor speed and RAM. The phone is smaller, lighter and the only thing that has gone is the optical navigation key – so no loss there.

Expect this phone to be available in loads of colours, so shop around until you find the version for you.

LG Optimus Black Review
All screens bright and beautiful, all features great and small, all things wise and wonderful, is LGâs Optimus Black best of all?
Devices - Jonathan Morris
Motorola ATRIX Review (Part 2) with accessories
Having now had the opportunity to properly test out the ATRIX, including the range of accessories that sets this handset apart from the competition, it is now possible to conclude the review of this rather innovative smartphone.
Devices - Jonathan Morris 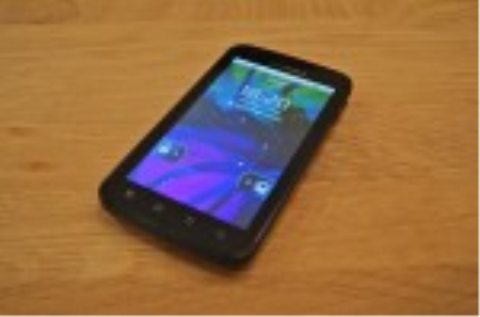 Motorola ATRIX Review (Part 1)
We’ve finally got our hands on Motorola’s new dual-core smartphone, but that’s not all; we’ve also been given all the accessories that makes the ATRIX much more than any old Android smartphone…
Devices - Jonathan Morris