App Review: Meerkat Me – great for five year olds (or those with an equivalent mental age)

Meerkat Me is an app produced by kids magazine Toxic and it’s probably brilliant for five year olds, or adults with an equivalent mental age.

It involves the user uploading a photo of their face and selecting from three choices of meerkat – baby, large or…obnoxious?  Your face is then spliced onto the meerkat’s visage and in response to taps on the screen, it then dances around to techno while variously insulting you or propping up stereotypes in the case of the ‘fat’ meerkat, occasionally farting or doing the splits.

I can see kids thinking it’s hilarious, particularly since the gas released by said mutant meerkat is somehow on fire already (I guess the savanna gets pretty hot?) and phrases include such winners as “I’m smellier than a toxic toilet” (or should that be ‘Toxic toilet’?), “I’m going to wet myself” and

“Don’t laugh at me, doofus” (maybe doofus is so old it’s newly popular again, like retro or Shatner).

The app is free, so I suppose it’s a way to keep kids entertained for a half hour or so, but I’m not entirely sure about the niceness of making fun of fat meerkat’s with a doleful tone and phrases like “I’ll sit on you”, “Gimme a cake” and “Don’t be mean”.  You just end up feeling kind of sorry for the meerkat and desperately wishing the app would self destruct.

Obviously, you could also take it as a bit of harmless fun which will probably make your kids squeal with laughter for an afternoon.  A bonus to make the app more bearable for adults is to splice the CGI head of Stephen Fry from the ‘Virtually Stephen Fry’ app onto the meerkat’s head.  His beaming face just looks so incredibly out of place in the Toxic world. 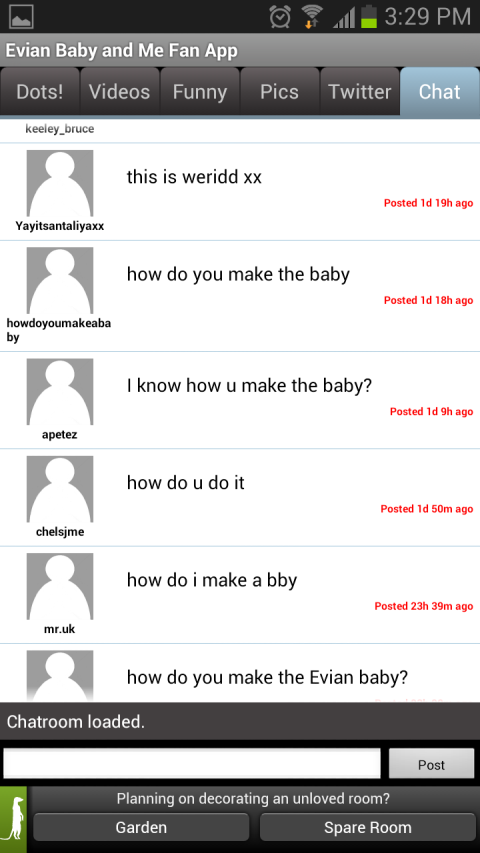