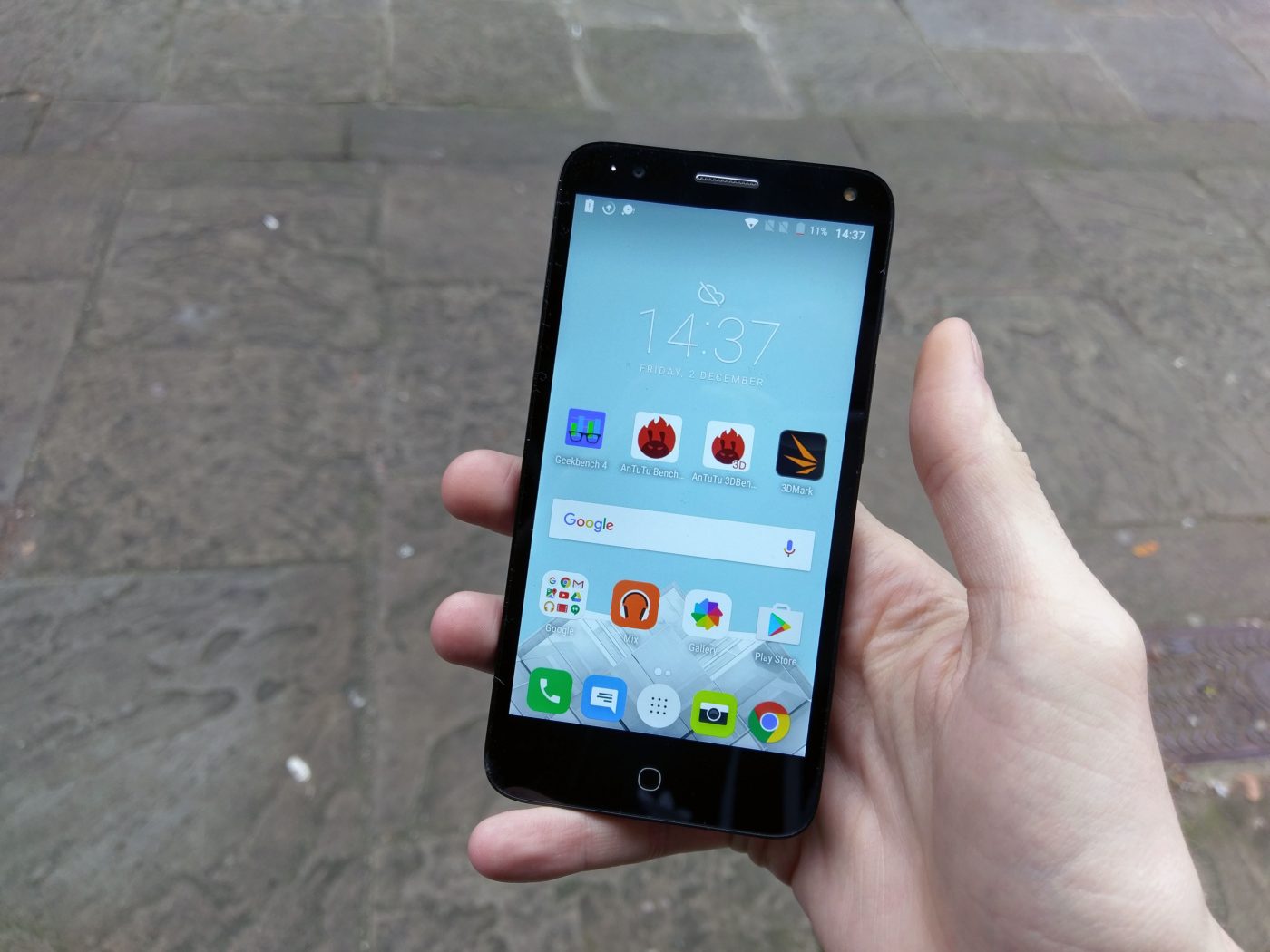 The Alcatel Pop 4 is a desirable and cheap handset let down by aging hardware and a poor camera.

Alcatel released several new device line-ups at this year Mobile World Congress. While the Idol range got most of the highlight for it’s impressive VR package, the Pop range was also around to fill the budget end of the market. The Alcatel Pop 4 is the lowest in the range, shipping with entry-level hardware and a very cheap price tag. Coming at only £79.95, it’s priced just below the similarly equipped WileyFox Spark. Will it be the new budget king? Let’s find out…

Budget devices never really excel in the design field and the Alcatel Pop 4 is no different, however it does at least attempt to be an attractive little device. Coming in an all-plastic body, build quality feels okay considering the price. We couldn’t feel any flex in the material and the buttons feel sturdy enough to withstand day-to-day use. With a 5-inch panel, it’s actually quite small and has a footprint slightly less than other devices on the market. The dimensions are just 141 x 71 x 8mm, which undercuts similar handsets like the Samsung Galaxy J3. The slight curvature on the back makes it really good to hold in the hand, though the matte finish doesn’t really help this from feeling a bit slippery. Using it in the harsh winter conditions when wearing gloves, we didn’t feel all that safe holding it in our hands. 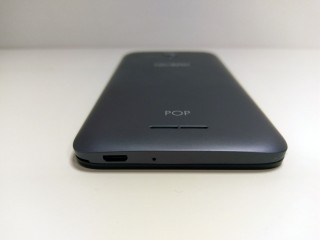 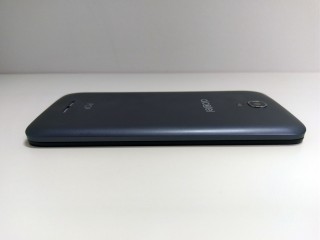 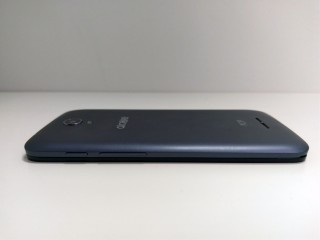 On the front Alcatel has decided to keep things clean and simple, which we have no qualms about. A small squared-circle is printed on the centre button, while the other two only illuminate when the handset is in use. The icons are quite big and somewhat of an eyesore, though we can appreciate that entry-level users may find this a welcome feature. On the top you’ll find the front facing camera and earpiece, which is decked out in contrasting silver trim. There’s also a lamp for the front camera located on the rightmost side, which we love to see on any device.

Moving onto the sides and you can see a contrast where the two colour schemes blend into one another, with the black front transitioning into the silver rear. Alcatel hasn’t gone for anything fancy here, choosing to make the transition sharp and distinctive. This is a good thing and keeps the handset from looking too overbearing and cheap. On the right hand side you’ll find a volume rocker and power button, both of which are made from plastic. As we mentioned briefly earlier, the quality of the buttons is acceptable with no wobble of flex that would indicate poor craftsmanship. On the bottom you’ll find a micro USB port (we wouldn’t expect USB-C at this price), while a headphone jack sits on the top right side. 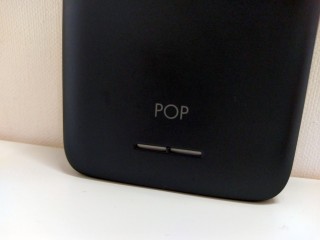 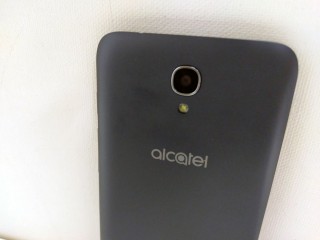 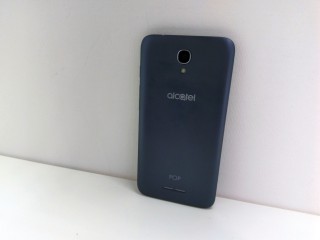 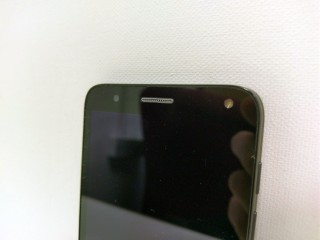 On the back you’ll find a matte plastic removable case, which does an admirable job of avoiding fingerprints, plus a rear camera sensor and flash arranged vertically. Underneath is the Alcatel and Pop logo’s, plus a fairly large looking speaker underneath. Sound quality from the built-in speaker is not bad at all, with plenty of volume and clarity even at high volumes. It’s not the deepest smartphone speaker we’ve ever heard but for the price, you can’t really complain here. Removing the case (which is very easy thanks to the recessed edge in the bottom left corner), reveals a true dual-SIM arrangement with separate microSD slot, plus a 2,500mAh battery.

The Alcatel Pop 4 has an 8 megapixel rear camera that honestly, isn’t that great. Images are soft with a significant loss of fine detail and noticeable image noise even in reasonably well lit environments. It was also one of the worst performers when it came to dynamic images, with highlights completely blown out of proportion. No matter how hard we tried, it just couldn’t get an evenly exposed image with both shadow and highlight detail intact. 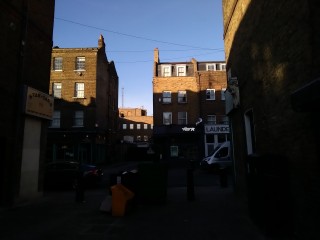 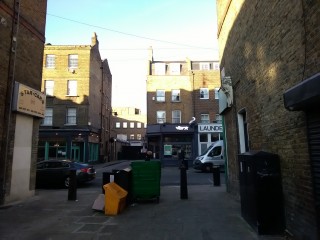 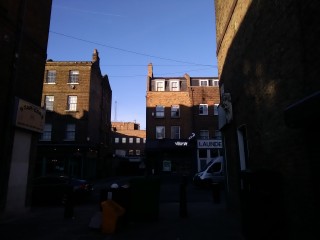 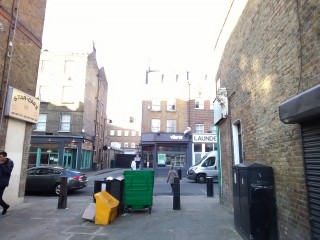 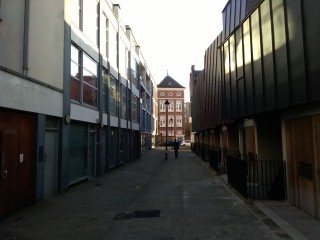 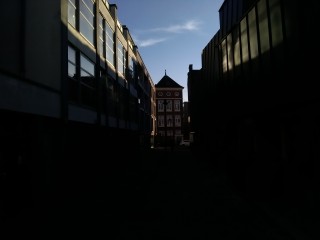 Macro mode was an area where the Alcatel Pop 4 was hit-and-miss, as some images were actually quite impressive while others failed to focus correctly. Our close-up leaf images were a constant blur and it was difficult to find the correct focus distance, while the door handle came out surprisingly well. It shows that there is potential for some proper macro photography, providing you’re patient. Low-light photography was poor on the Alcatel Pop 4, with a barely visible image and no real discernible detail. 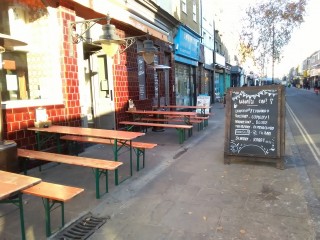 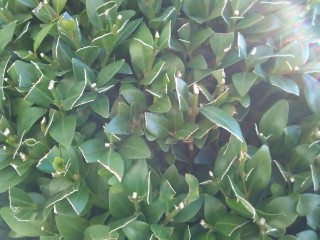 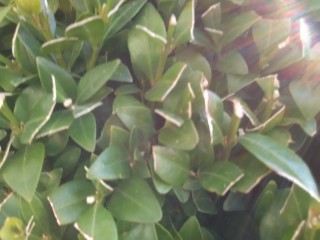 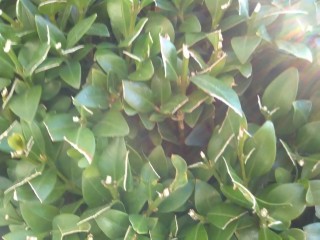 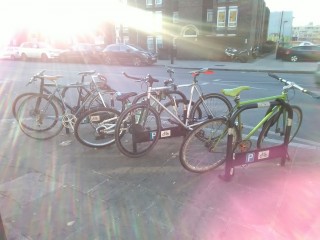 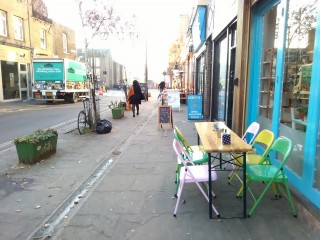 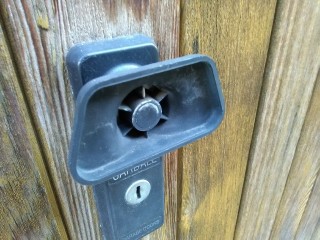 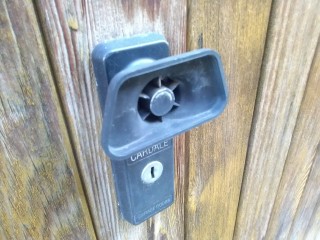 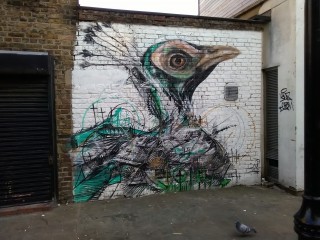 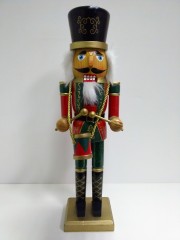 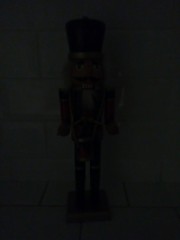 The less said about the 5 megapixel front camera the better, as it’s pretty dire on the Alcatel Pop 4. Images are noisy and washed out with little detail. Even with the addition of the front lamp, selfies look dull and lifeless.

The camera application on the Alcatel Pop 4 is very basic and doesn’t offer a manual mode or many shooting options. There is the option to shoot in HDR though the difference in final image quality is minimal. Aside from this, the only other options you’ve got is beauty mode and panorama. Oddly, the exposure adjustment is buried within a menu, rather than being a dial next to the focus ring.

The screen on the Alcatel Pop 4 is a 5-inch 1280×720 IPS panel, which equates to 294 pixels-per-inch. We found the quality of the panel to be not bad, with very little pixelation evident on text and images. Calibration is good out of the box, being only a touch warmer than we would usually like but nothing too harsh. Contrast ratio came out at 820:1 which is lower than other screens we’ve tested but still okay. It managed to cover 73.3% of the Adobe RGB colourspace which is similar to other budget handsets we’ve tested in the past. SRGB coverage came out at 98.7%, which is above other budget panels we’ve tested.

Overall screen brightness is good but not great. It manages to reach an acceptable level but not much more. The brightness curve seems to tail off at around 75%, with not much different between that and the full setting. For outdoor use, it should be satisfactory but not much more.

With an ageing Snapdragon 210 inside and just 1GB RAM (1.5GB in some markets), performance on the Alcatel Pop 4 is pretty terrible. The processor is an entry-level chip that first came out way back in 2014. It shares a lot in common with the Snapdragon 212 which launched a year later; the only real difference being a lower clock speed at 1.1GHz vs 1.3GHz. The latter is not exactly a stellar chipset to begin with… So don’t expect the Alcatel Pop 4 to speed through benchmarks or offer even minimal gaming performance.

It managed to achieve one of the lowest scores we’ve seen in GeekBench 4 for quite some time, mustering only 380 for single-core and 950 for multi-core. It didn’t fare much better on AnTuTu either, managing only 22,048 and once again falling behind every device we’ve tested in recent memory.

The GPU inside the Alcatel Pop 4 is the same Adreno 304 that we’ve seen in devices equipped with the Snapdragon 212, however the less powerful processor will ultimately mean that performance is a little worse overall. Benchmarks for the GPU were pretty dire, with both 3DMark and GFXBench failing to complete the tests due to memory limitations. Basic games like Candy Crush Saga seemed to run okay but throw anything more intense at it like Asphalt Xtreme and you can see the device struggling. Even at lowest settings there was noticeable stutter during certain areas, though the game was mostly playable.

Another thing to note is that the device only ships with 8GB internal memory, which is incredibly low by today’s standards. Considering the Android operating itself takes up almost half of that alone, it renders the device pretty much unusable without a microSD card. After only a few days of light use, we had pretty much maxed out the available memory, which was beginning to have very negative effects on performance.

The data speed rating of this handset is CAT4, which offers a theoretical max download speed of 150Mbps and take advantage of faster network speeds offered by carriers such as EE. For £79.95, getting 4G capabilities is something of a royalty at this price point and helps it keep up with competitors such as the WileyFox Spark, which also has CAT4 LTE.

A major plus point that goes in favour of the Alcatel Pop 4 is software, as the handset runs on a near-stock version of Android Marshmallow. The skin that Alcatel has applied over the top is just a rework of the standard OS, aside from some subtle icon changes and design tweaks. It carries a flatter look that forgoes shadows and has a more modern looking colour palette. The only real difference we could notice was the lock screen, which now carries five quick-launch buttons along the bottom Both the notifications tray and settings menu are stock

Bloatware on the Alcatel Pop 4 is practically absent aside from a few of their own apps, which is always really nice to see. Some of these will annoyingly post notifications that can bombard you with garbage when you first unlock your phone, but there is an option to disable them in the individual app settings.

The Alcatel Idol Pop 4 comes with a 2,500mAh battery, which a pretty standard size at this price-point. Thanks to the frugal processor, the device managed a score of 5,126 on the AnTuTu battery test. While it’s not on a par with the best devices out there, it is at the top end of the list when compared to other budget handsets. In real-world testing, we found the Alcatel Pop 4 to usually last a working day of moderate use. Sometimes it would die a little earlier than expected, especially when consuming lots of multimedia content. The battery is incredibly easy to remove, meaning that carrying around a spare shouldn’t be much of an issue for anyone.

The Alcatel Pop 4 is a pretty complete handset that runs on near-stock Android and has solid performance for general UI browsing and frugal apps. Unfortunately, the ageing hardware inside struggles when it comes to anything but the most basic tasks. Combine this with only 8GB internal memory and you’ll be hitting the bottleneck far too quickly, which renders the device useless to most people including basic users. 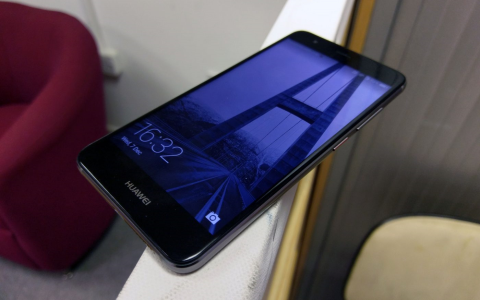 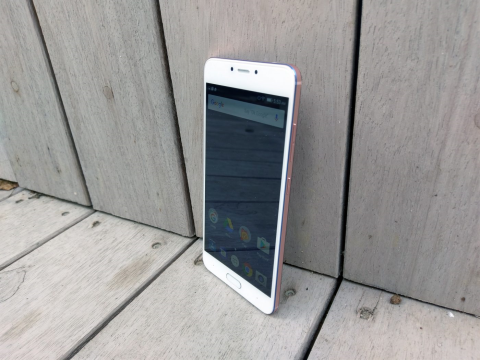