Telecoms: how have we got to where we are today? And what will happen next?

Way back in the 70s, none of the elements that we all take for granted in our personal and work lives existed! There were no mobile phones, computers were mainframes the size of a small aircraft–hanger and it was still 10 years before the internet would even be conceived.

Even basic features such as voicemail didn’t exist – you relied on your work mate to answer the phone and scribble a message. On the upside, no one bothered you on holiday and all you could do on the way to work was read a newspaper. Indeed, the Walkman was only launched in Japan in the middle of 1979. It took a bit longer to reach the UK.

Fast forward to 1985 and two rival operators, Cellnet and Vodafone, launched Britain’s first cellular telephone service. The UK was actually ahead of France and Germany in launching the technology as it often was in those days. Unfortunately, we’ve lost that lead and are now lagging a long way behind.

Later, in 1991 a British company, Orbitel (then a joint venture between Racal and Plessey) created the first GSM phone. Unfortunately, they did not capitalise on it and Orbitel ultimately ended up being part of Ericsson.

Another Brit, in 1992 sent the first ever text message. Aged 22, Neil Papworth sent it to Vodafone director Richard Jarvis. Pre–emojis it simply said Merry Christmas. That same year saw dial-up Internet access first introduced in the UK by Pipex. That’s probably the last year that the UK was ahead of the rest of the world.

It was an Israeli company VoaclTec that developed VoIP in 1995, although it would be a technology that needed better broadband before it could really take off. It would be five years before ADSL broadband was commercially launched in the UK. And it would be another seven years (2007) that VoIP became prevalent enough for Ofcom to feel the need to publish “Regulation of VoIP Services”.

Meanwhile, Japan launched the world’s first commercial 3G network on 1 October 2001. The technology wasn’t available in the UK until 2003 and still hasn’t reached some parts, even today. In 2002 Nokia launched the first ever camera phone in Europe, and Skype was born!

By 2007, the world of mobiles was revolutionised by the iPhone. Blackberry’s then Chief Executive said touchscreen phones would never catch on. The device was undoubtedly helped by the arrival of 4G, which was launched in late 2009 in Stockholm and Oslo. As a sign of the ever–increasing gap between the UK and the leading tech countries, we had to wait almost three years before EE launched 4G in 11 cities in October 2012.

Virgin had launched one of the first fibre broadband services by 2008 and, a year later, BT announced it would connect 2.5 million homes to fibre by 2012. They achieved 10% of that number by 2015.

Broadband promises have been made by governments; most of which totally underestimated the growth of the digital age and the inadequacy of the current plans. It started with the Labour government in 2009 promising that all UK homes would receive 2mbps broadband by 2012. Two years later the coalition Government changed that to 90% of UK premises receiving 24mbps by 2015.  This was then pushed back to 2017.

The last few years have seen the growth of VoIP and SIP based services. 15% of business connections are now VoIP and SIP has overtaken ISDN as a means of connecting PBXs. WhatsApp has over 1 billion users worldwide and the number of text messages has fallen by half since its peak.

What does the future hold?

In time, devices will not only give you the ability to view videos but you will be able to project them and link into augmented reality (AR). Imagine looking at furniture online or in a shop and being able to see a 3D image of what it would look like in your home.

Also, as we become more familiar with virtual assistants, like Siri and Alexa, we’re beginning to see the end of the keyboard altogether. The growth of AI within the device is likely to make devices more intuitive and able to anticipate our needs. Keyboards on smartphones disappeared with the demise of the Blackberry, and future devices could be more like a piece of glass. Corning is already developing the embedding of circuitry within Gorilla glass which could lead to a transparent flat, and even flexible, indestructible device. Samsung has recently announced that foldable devices are coming. This would allow users to unfold their phone to create a bigger screen when showing information to friends or business colleagues, and then collapse it back again for personal use.

Video calling has been around for a while and it’s likely the next step will be the ability for the device to project a 3D hologram of the person you are talking to, making it appear as though you’re having a face–to–face conversation. In doing, so you’ll be able to see their facial expressions and body language. This will also assist in the security of the devices.

But, for these technologies to become real, and for us to benefit from them, we need the appropriate underlying infrastructure. And right now the UK is lagging far, far behind – and slipping further all the time.

In February 2018, BT confirmed that it will be spending at least £3 billion to roll out FTTP broadband in the UK by 2020. Even if they meet their target (and their track record is hardly encouraging) the UK will still only reach the level that the rest of Europe currently averages.

Also, the Government has said we should be fully FTTP by 2033 when countries such as South Korea and Japan who are leading the new technological advances are already, today, in the high 80% level. We’re just starting the first trial of 5G in one city, whereas Japan plans to launch it commercially in 2020. In South Korea the three mobile operators have combined forces to build a single 5G network which is planned for launch in March 2019. Consequently, Samsung will be able to steal a lead on bringing 5G devices to the market. Could we see Vodafone and BT and other operators joining forces?

So, what have we learned over the years? First of all, despite having invented many of the technologies we now take for granted, the UK has failed to exploit them. Secondly, various Governments, of all political colours, have made promises to improve our infrastructure and consistently failed to do so. And although they have announced future plans, the dates are so far in the future that at least two elections will take place beforehand. So who knows if these targets will ever be met? We are, undoubtedly, becoming more and more dependent on our handheld devices – but we may find we are able to use them for fewer activities and in fewer places than users in many other countries.

Dave Millett has over 35 yearsâ experience in the Telecoms Industry. He has worked in European Director roles for several global companies. He now runs Equinox, a leading independent brokerage and consultancy firm. He works with many companies, charities and other organisations and has helped them achieve savings of up to 80%. He also regularly advises telecom suppliers on improving their products and propositions. www.equinoxcomms.co.uk 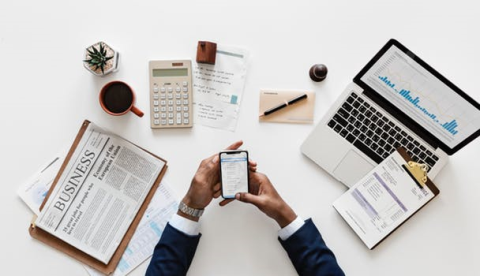 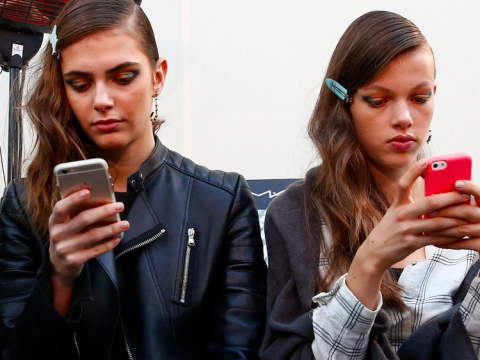 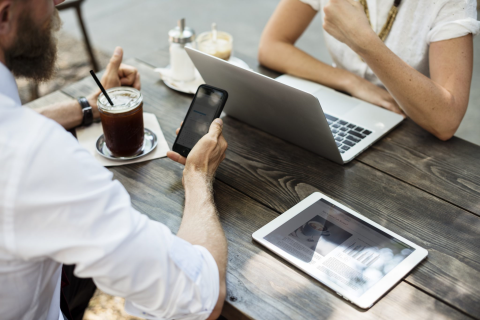 Is the keyboard on your smartphone a risk to your personal data?
Revelations about the access and use of personal including Cambridge Analytica’s Facebook data harvesting – have proved that digital conversations may not be private and that user data can be used for a variety of unexpected purposes. Not surprisingly with increased awareness, smartphone users have flocked to the likes of WhatsApp and Telegram – perceived […]
Opinion - Olivier Plante 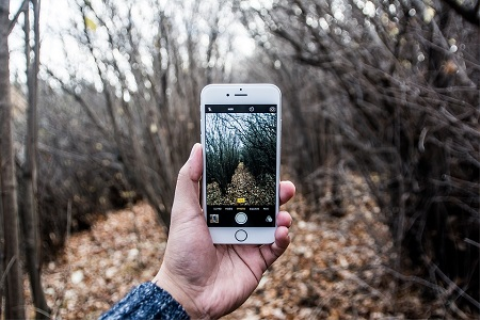 TECH IS CONNECTING BRITS TO NATURE
– 72% of UK adults say gadgets inspired them to explore the outdoors more – 40% say wildlife tech enhances the time they spend in nature   WHILE TIME spent unplugged might be just what we need to improve health, wellbeing and happiness, paradoxically new technologies and gadgets are actually leading to Brits spending more […]
Opinion - What Mobile