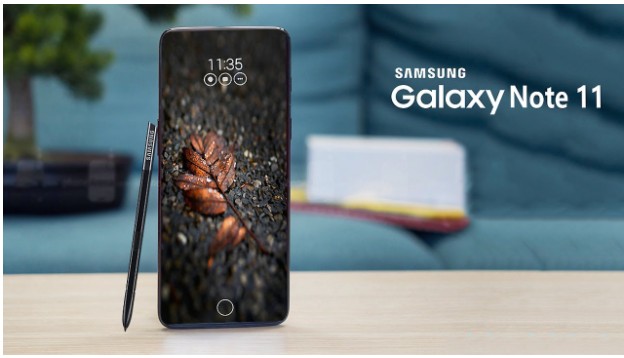 Samsung is known for its budget-friendly smartphones range. However, the company has gained massive popularity amongst the youngsters with Samsung Galaxy S and Galaxy Note series. The company has recently added three new devices to its Galaxy S series, and now, they are planning to add a couple of more devices to the popular, Samsung Galaxy Note series with the new generation Galaxy Note 20. In this article, we will take you through all the leaks and rumours that have been surfaced online. Let’s check them out now!

“The bigger the better”, most of the new buyers are looking for a smartphone with a bigger screen. This is the reason why Samsung’s Note series is so much popular in today’s market. We all know that there are hundreds of smartphones available in the market with a big screen, but Samsung Galaxy Note has its own charm to attract the new buyers.

Samsung’s Galaxy Fold, a foldable screen smartphone is doing well in the market. We have heard from various sources about the company’s next foldable device I.e. Samsung Galaxy Fold 2. Some fresh leaks suggest that the South Korean giant is planning to unveil the new Galaxy Note 20 and Galaxy Fold devices together somewhere around Q3, in July 2020 more specifically.

A popular leakster named Max Weinbach has shared more information about this particular news through his Twitter handle. You can get to know more about this rumored release date of Samsung’s Galaxy Note 20 device from the embedded tweet. 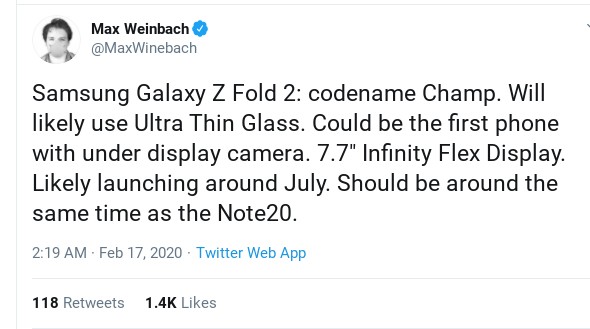 Apparently, there’s very limited information about Samsung’s new Note device we have as the device is still a few months away from its release. Still, we have managed to gather some useful information I.e. specs and features of this upcoming Note device here. 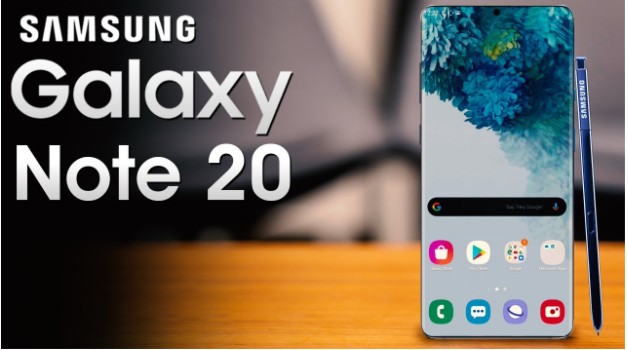 The first thing is pretty much confirmed about the Note 20 device is its screen type. In February 2020, Samsung has unveiled its latest 5G Optimized OLED display. The company has manufactured this new screen type with the latest technology that will consume less power from the phone.

Samsung has announced its new generation mobile processors which will be designed with the latest 7nm and 6nm architecture. These processors are compatible to run the 5G enabled apps smoothly on the devices. These are the compact-sized processors that will also make the design of the device much smaller.

As per the resources, the new generation of mobile processors from Samsung will be ready in the Q1 of this current year. The Galaxy Note 20 is likely to be powered by the latest 6nm processor. Note 20 will be more powerful than the existing processor. 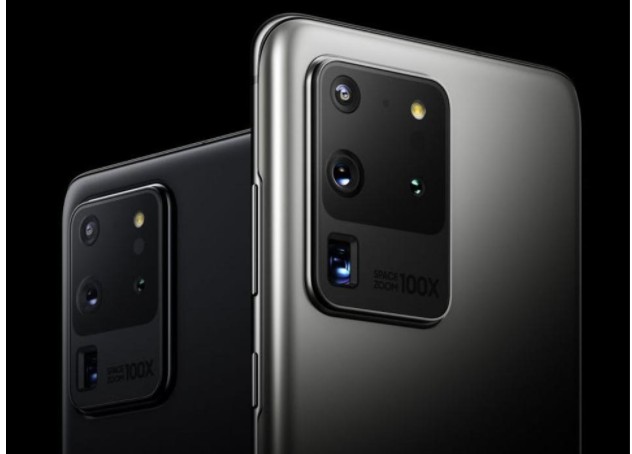 In today’s era, the selfie-cameras have taken a separate place on smartphones. Most of the premium devices now come with a selfie pop-up camera that will make the device a full-screen phone where the user will be able to get the full-screen to use, unlike the standard devices.

However, Samsung might come up with an innovative technology that will make the selfie camera completely hidden. The company might use a selfie-camera sensor underneath the main display where the sensor will be covered by colour pixels when not in use. When you need to capture the selfies or use the selfie sensor, the colour pixels will be gone and the camera will be ready to use.

At the back, there will be a Galaxy S20 – like camera module with multiple sensors. The primary camera will be able to record high-quality videos at 8K resolution. The native camera app of the device will be packed with a number of other features and photo-shooting modes.

Samsung’s existing Galaxy Note 10 features a powerful fast-charging that recharges your device quickly. However, the company is likely to improve its battery on the Galaxy Note 20 device. The existing charging adapters are using Silicone, while major mobile makers such as Apple and Samsung are redesigning the charging adapters with the new gallium nitride material. This material will make the charging of your device faster and more efficient.

Furthermore, the popular Chinese phone maker, Xiaomi is offering the same charging adapter made from gallium nitride material on its latest Mi 10 Smartphone. The device carries a 4,500 mAh of battery and takes around 40 mins to fully charge.

The Galaxy Note 20 to come with the same improved charging adapter and of course, the latest fast-charging technology to recharge the device even faster than the predecessors.

Samsung’s Galaxy S and Galaxy Note series are premium smartphone series. We can’t expect the upcoming Samsung Galaxy Note 20 device to be the cheaper one. The new Galaxy Note 20 would be the company’s highly-priced device that would be priced above $1,000.

Since Samsung to use the latest powerful processor, a new generation 5G optimized OLED screen and powerful battery, the actual price of the Galaxy Note 20 would be above $1,000, and that’s for sure!

What do we expect?

Apparently, there’s nothing confirmed by the South Korean giant on its upcoming Galaxy Note 20 Phablet. However, as per the rumours and leaks, what we can expect from the Galaxy Note 20 is a powerful battery with long life, a powerful processor to run 5G compatible apps, and better cameras, of course!

As noted above, nothing is confirmed by Samsung yet. You should not rely on the given information if you are looking for confirmed information on the device, take it with a pinch of salt. We would update you with more official details on Galaxy Note 20 in the coming days. 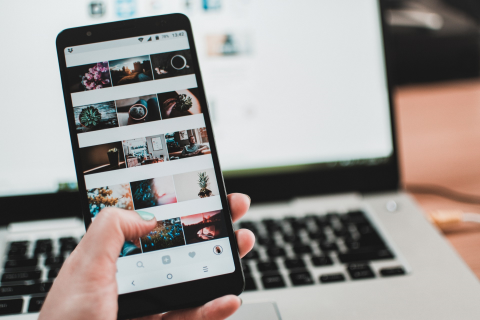 Here are Some of the Top Ways you Can Clean your Mobile Phone
Keeping your hands clean might be very straightforward, but keeping your phone clean is a very different matter. After all, you might put your phone down in various places throughout the day and you never really know if it has been in contact with a surface that has been contaminated with the coronavirus. If you […]
Opinion - Harry Green 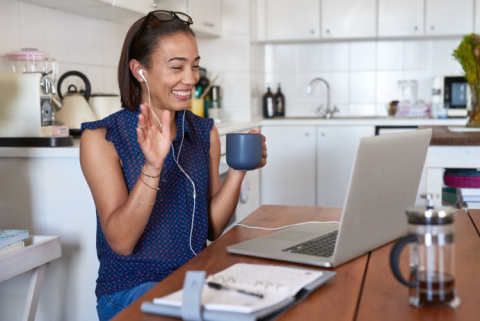 Taking business calls from home? You may want to re-think your phone etiquette
Research reveals the nation’s thoughts on phone etiquette and bad manners Don’t have a conversation in the background (43%), interrupt (42%) or allow yourself to be distracted (41%) say UK workers Having a conversation with someone else while on a call has been named the most annoying habit by UK office workers. With many UK […]
Opinion - What Mobile 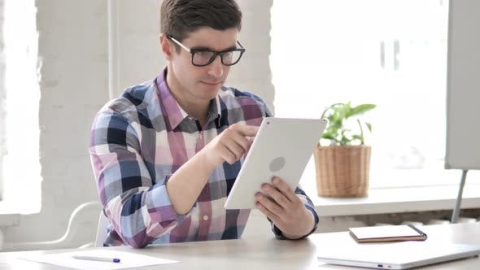