VIU is actually an OTP (over the top) video service that offers the best of Asian entertainment like anime, latest Korean and Asian dramas and many other variety programs. It is run by PCCW Media, which is a subsidiary of PCCW. It is designed as a competitor to the more renown services like Netflix and Amazon Prime. It offers users access to content from all around the world and spanning various different languages. While signing up, users have two different options to choose from: Free and Premium membership. According to the service provider’s official sources, the VIU is free. Nonetheless, approximately 70% of the contents are available for members of the freemium. Sure, you can start using your subscription as long as you want without any difficulties waiting for video advertising. That is the biggest difference between both VIU versions: the free service is like Facebook and YouTube that plays sporadic advertisements during a single video, while the paid option is not.

It is available in many countries like Myanmar, Saudi Arabia, Qatar, Oman, Kuwait, Iraq, Malaysia, India, Indonesia, Egypt, Philippines, Thailand, UAE, Singapore, Hong Kong, Bahrain and the Hashemite Kingdom of Jordan. But what about USA? Well, you don’t have to worry about that. You can watch it at any place and at any time by following these simple steps:

•The best tool that can be used to watch VIU outside Middle east is VPN. VPN stands for Virtual Private Network.

•It begins by connecting to your internet-enabled computer via its own VPN server which can be present in any country on the globe.

•In various important countries around the world, good VPN services provide different types of the VPN server. This establishes a stable and secure virtual private network that passes through and encrypts all the information received by the user.

•You should also realize that this is the exact mechanism by which your online identity can be anonymized by a VPN provider. Simply stated, VPN providers offer you a brand new IP that not only protects your identity online but also your data online.

• Until the rise of quantum computers, you can thank encryption methods for the protection that tools like VPN are able to offer you. Now you essentially know all about VPN when it comes to watching VIU from the USA.

• Normally with a fairly cheap VPN service you are much better off than with a little cheap VPN service that may or may not care so much about your data. That’s why it is considered that IPVanish is VIU’s strongest VPN in the USA.

• You should now start creating your own official VPN account after signing up for a good VPN service such as IPVanish.

• Now set up your streaming system with the VPN app/client.

• You must activate the official VPN App after downloading the application on your VIU Streaming Device and connect to any VPN server in the USA.

Note: Although a VPN operates by creating a mask around the IP address of the user who accesses the Internet, multiple users may have the same IP address. This could demonstrate to VIU that a VPN is in use, but the servers tend to disregard that. The explanation is clear. The VIU program assumes that the same user logs on several times so that the corresponding IP addresses are available. VIU won’t know from which country you originally tried to access the content. The country from which the IP address comes will only be identified. And you don’t have to think about any limits on content. Thus, while the VPN is detected, access is easily granted as it comes from an approved country. 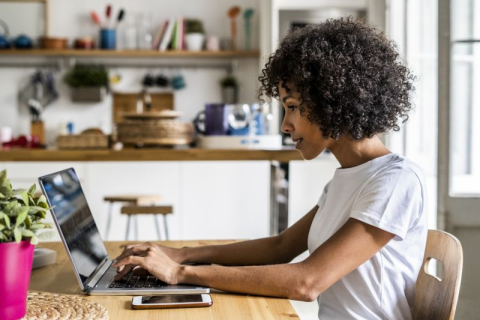 The Crucial Apps Making Mobiles More Important than ever for Work
Once, there was a smartphone that dominated the mobile market due to its appeal to companies as a facilitator of work. Due to its high-class business association, it also caught on as a personal-use phone that offered the user a certain degree of prestige. However, the rise and fall of the BlackBerry is well-documented, despite the work-centric […]
Opinion - Hammad Basharat