Product announcements are becoming a regular feature in the run-up to the Mobile World Congress in Barcelona in just under a week from now.

Not to be outdone by its rivals, Chinese manufacturer ZTE has announced that it will unveil two new devices at the event.

The products in question include the ZTE Grand Memo II LTE with a 6-inch screen, and a smartphone called the Open C, which will run Firefox OS 1.3.

The company also mentioned  a new version of its MiFavor UI, which may debut on at least one or more Android devices at the show.

With no images as of yet for the products, we will have to wait until MWC to see what they look like. Stay tuned to What Mobile for all the latest updates from the event.

Dr. Dre’s Beats brand releases Beats Music, its first ever app
The only thing surprising about the announcement of Beats Music is the timing. Rap icon Dr. Dre’s billion-dollar Beats brand has been as much a fashion statement as a tech powerhouse since its foundation in 2006, and the idea that it took the company so long to enter the streaming/app game is genuinely surprising. Beats […]
News - Callum Tennent
Samsung Galaxy S5 may include fingerprint sensor
The most hotly debated will-they, wont-they topic for the Samsung Galaxy S5 is the form the device’s identity scanning feature will take. According to Sammobile, that’s all been laid to rest with Samsung reportedly following in the footsteps of the iPhone 5S and deciding upon a fingerprint scanning device embedded in the phone’s home button. […]
News - Saqib Shah 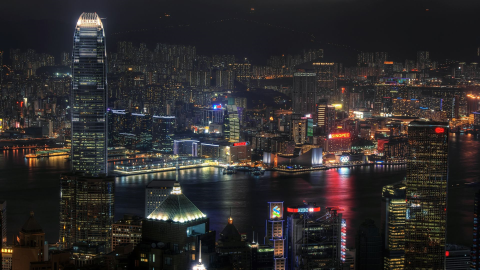 China’s mobile payments soar over one trillion dollars
China witnessed 1.67 billion mobile payment transactions last year worth an incredible 9.64 trillion Chinese Yen (CNY) ($1.6 trillion), according to the People’s Bank of China. In an indication of the booming popularity of mobile payments in China, the number of transactions soared 213 percent year-on-year while the transaction value leaped by 317 percent. Mobile […]
News - Saqib Shah
Sony beats PS4 sales target with over 5 million sales
Sony  says  sales of its PlayStation 4 game console topped 5.3 million units as of 8 February. Consequently, Sony beat its goal to sell more than 5 million units worldwide by March ahead of PS4’s long-awaited launch in Japan on Saturday. The game console was first launched in North America in mid-November followed by Europe, […]
News - Saqib Shah