WWDC Day 1 Round-up: Everything you need to know about Apple iOS 8 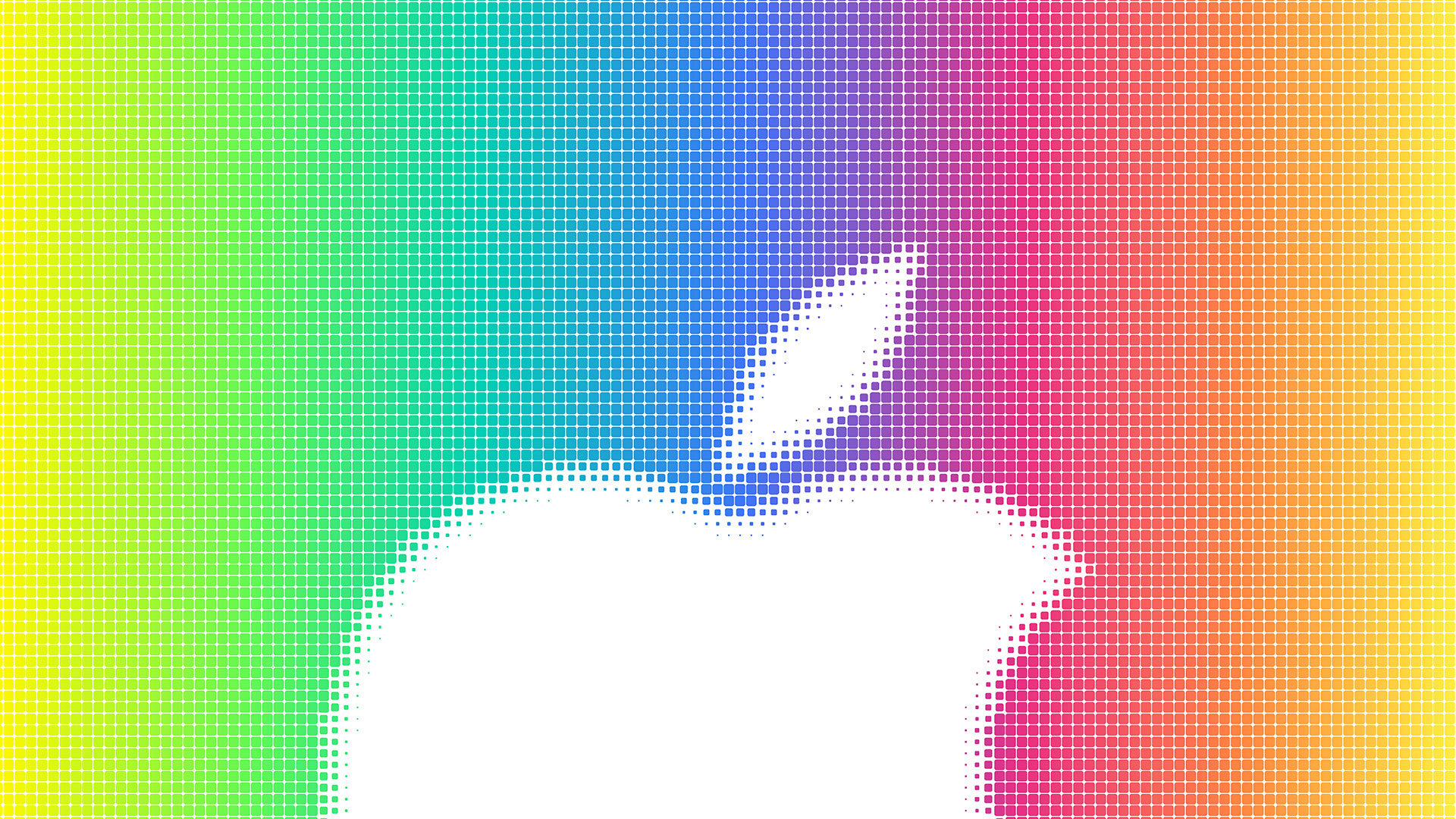 One of the summer’s biggest tech events has finally landed. WWDC (World-Wide Developers Conference) is when Apple show off all of their latest updates and innovations. Monday saw the curtain raise, and we got our first taste of what Apple has in store for us. The theme of the day: iOS 8. Here’s the 12 features we’re most looking forward to seeing  from the iPhone, iPad and iPod’s latest operating system.

You’re engrossed in a game of Flappy Bird. Someone posts on your Facebook wall, sending that little black hood to partially drop down over your display. Such is your focus and immersion within the game, you swipe away the notification and continue playing. Eight hours later you happen to be browsing Facebook and realise that you’ve completely forgotten all about that notification and now your friend hates you (in this scenario they’re also  super  irrational).

Well that hypothetical scenario need never happen for real. In iOS 8, notifications are ostensibly more interactive. In iOS 7, the aforementioned Facebook notification would be limited to you either dismissing it or tapping it and being warped directly into the app. Now, you can perform basic in-app functions without leaving your current app. For example you could ‘Like’ the post, or you could ‘Comment’ on it from within the notification. Pretty handy, as multi-tasking is definitely something which iOS 7 doesn’t excel at.

2. The keyboard is finally getting some attention

Speaking of things which Android does better than iOS, iOS 8 will see an improved keyboard.

Chances are, if you’re a dedicated iOS user then you’re perfectly happy with iOS 7’s keyboard. And rightfully so, as it’s about as ergonomic and intuitive as a one-size-fits-all approach can be. However for those accustomed to using Android, or who perhaps jump in and out of both OS’s over various devices, its lack of customisation can be a pain.

Apple is finally taking steps to remedy this, and they’re not doing it by halves either. iOS 8 will officially support third-party keyboards. That’s huge. So, Swype, Swiftkey, maybe even Google Keyboard…all of those and more could soon be available on your iPhone.

If you’re content with the iOS keyboard you should be excited too, as it’s also getting some minor improvements. There’s predictive text options now, wherein you’re offered three options based on what you’ve begun to type, allowing you to select the correct choice. Similarly, there’s smarter autocorrect which better learns from context and past mistakes (for example if you’re typing a work email it won’t suggest that you want to go to the ‘movies’ with your correspondent, but instead suggest a ‘meeting’).

iMessage is already the saviour of the chronic texter, having essentially eliminated the cost of messaging (as long as your pals are also running iOS). Chances are, if your friends  aren’t on iOS, you’re instead opting to message them through WhatsApp instead. If that’s the case, this next feature may seem rather familiar.

iMessage now allows you to send short voice clips from within the app, meaning you no longer have to open voice memo, record a clip and attach it. That message can then be played by the recipient/s in-app, too. If you’re on the receiving end of one, you can simply lift your locked handset to your face and start talking to reply. You can also set those messages to self-destruct after a certain period of time, just like Snapchat.

Group chat is receiving some much-needed features, too. There’s now an easier way of removing yourself from one without resorting to incinerating your device and deleting your iTunes account, and you can mute particularly vocal conversations so as to get some respite without hurting your friends’ feelings.

You know what Spotlight is, right? It used to be the left-most homescreen on your device? It’s that little search bar that reveals itself when you swipe your homescreen downwards on iOS 7? Basically it allows you to search the contents of your iOS device, be it a message, email, app or song, and it largely goes ignored by users.

Well you might well have a reason to use it following the upgrade to iOS 8. It’s no longer limited to searching your device – think of it more as a text-based Siri. You can now look up apps in the App Store, directions, local movie times and more. It basically saves you unnecessarily diving into an app to access basic information.

Shazam integration is the order of the day for Siri, meaning you can tag songs by simply asking him/her. What’s more, you can then purchase the song via an iTunes store link in the retrieved tag.

You can also activate Siri by uttering, “Hey, Siri”, in a “OK, Google” manner. Meaning you can now use it hands-free, as long as it’s in proximity.

6. You can do more phone stuff through your Mac

‘Continuity’ is what Apple is naming the enhanced level of computer/handheld synchronicity allowed by iOS 8 and OS X Yosemite, its latest Mac operating system. iOS 7 and OS X Mavericks already introduced the ability to send and receive iMessages on your Mac – now you can do even more.

If you get a call and your iPhone is in another room (or it’s nearby and you’re just lazy) you can answer calls through your Mac. You can also make calls through it. SMS’s are also now receivable other iOS devices, not just ones with a SIM card in.

Half-finished messages and emails on one platform can also be picked up and completed on another, and you can also continue web-browsing across devices.

…But not in the way you think. Never mind texts and calls, you can now keep connected with your family via ‘Family Sharing’. This means that up to six people can share certain content over their various iTunes accounts. For example a calendar to ensure that your teenage kids don’t double-book family dinner night. Or if your kids are a little younger and happen to have access to your bank details for in-app purchases, you can now receive push notifications for when they wish to make a purchase. You can then deny or allow the transaction in real-time.

Perhaps the most frustrating part of using the Mail app on iOS is that when you’re composing a message and you can’t remember a certain detail from another thread, you have to leave the composition, save it as a draft, look up the previous email and then return to your draft. In iOS 8 you can multitask, simply swiping down the email-in-progress to visit your inbox, before swiping up to resume typing again.

Basic inbox functions have been simplified, too. In a manner reminiscent of email apps Mailbox or Acompli, as you drag a mail from right to left the function changes from ‘More’, to flag, to delete. If you swipe from left to right you can mark as read or unread.

9. It’s healthier for you

Health and fitness is all the rage in the mobile market right now. There’s an abundance of wearables, and the Samsung Galaxy S5 even comes with a built-in (albeit not terribly accurate) heart-rate monitor. In fact iOS itself has come with Nike+ integration, ever since some of its earliest days.

Apple has upped its game this time though, with the HealthKit app. Its a nice way of unifying the various fitness trackers on your phone, not to mention any Fitbit or Jawbone style wearables you may own. It’s  even teaming up with Nike and the Mayo Clinic to provide health-related services.

‘Metal’ is the name of the new, iOS-exclusive graphics system set to arrive with iOS 8. Apple CEO Tim Cook promises it will deliver ‘console quality’ gaming on handheld. It’s a big promise, sure, but it’s also a very exciting one.

Cloud computing is a large part of the future of technology, of that we can surely all agree. iCloud was recently thrust upon us by Apple, and now we’re getting more to do with it.

There’s more storage options, for one. 5GB is free, 20GB is 99 ¢ per month, and a rather vast 200GB is $3.99 per month (UK and international pricing yet to be confirmed). It’s also better for photo sharing, with more image editing options and albums shared between devices available.

Developer chat is boring, so we’ll cut to the chase and what it means for you. iOS 8 being way more awesome for developers means that you will soon have: widgets in the notification centre. For example, you could check the football scores with a simple swipe on the lock screen (unfortunately that’s the only place widgets will be making an appearance, for the time being). App-to-app communication is the other big development. The example Apple used was a camera filter app which can be used within the default iOS camera app. You’ll also be able to use your Touch ID within apps, too.

How do you feel about the announcement? It may not be quite as earth-shattering as iOS 7, at least at a glance, but the lack of visual changes shouldn’t detract from what are some seriously useful additions. Is there anything else you would have changed? 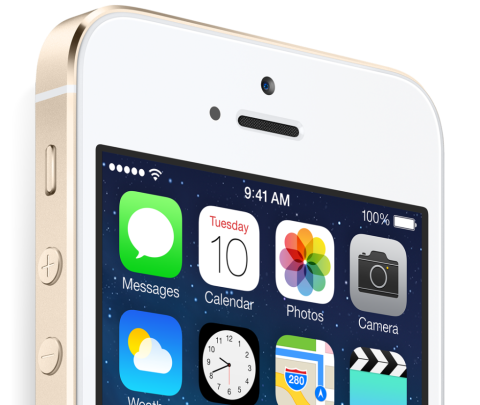 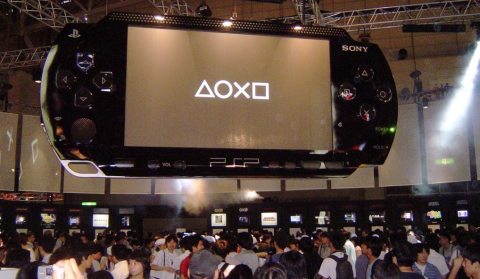 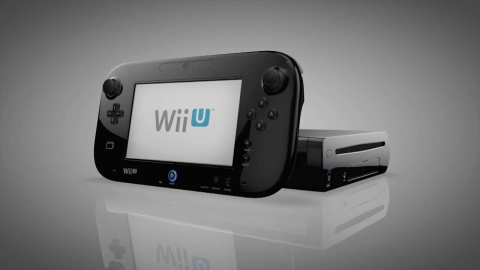 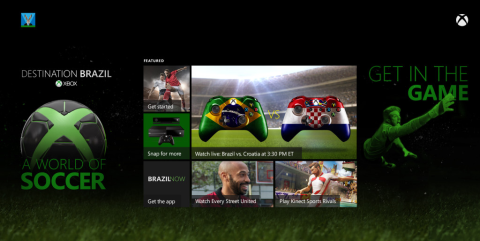 Xbox One June update built for football, includes World Cup hub and companion app
Xbox is set to launch a dedicated World Cup zone on the Xbox One in time for the 2014 FIFA World Cup Brazil kick-off game on 12 June. Entitled Destination Brazil, the football-centric theme will provide a one-stop shop for the videos and games that focus on this year’s World Cup festivities. The Destination Brazil […]
Apps - Saqib Shah