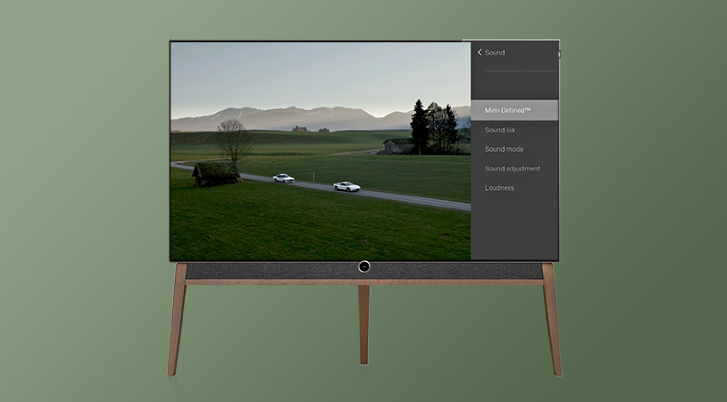 See and hear every detail.

At IFA 2018, Loewe previewed the world’s first TV with integrated sound personalisation. Mimi Defined ¢, a cutting-edge sound software, which brings individual audio optimisation to all current and future Loewe TVs. The next development leap in the field of audio enhancement and TV innovation is solidified in a long-term partnership with the international leader in sound personalisation, Mimi Hearing Technologies.

Using this software, television becomes a unique, individual listening experience – whether alone on the sofa, with a significant other, or among family and friends. Tailored to individual listening needs, Mimi Defined ¢ creates personalised TV experiences. What was previously only possible using headphones is now possible with speakers and the Loewe TV soundbar. The Mimi Defined ¢ sound feature is now available on new Loewe TVs and via a newly released software upgrade for many existing models.

Speaking of this huge technological advancement, Mark HÃ¼sges, CEO of Loewe, commented: “For Loewe, the sound in a television is just as important as the imagery. Loewe combines the highest-quality hardware with the latest software to offer our customers the best-possible TV experience both in terms of sound and imagery. Now, the dialogue in your favourite series will be as razor sharp as the images.”

Dr Henrik Matthies, CEO of Mimi Hearing Technologies: “Loewe is synonymous with perfection and enjoyment in entertainment. We are very pleased to be able to bring our personalised sound experience into people’s living rooms with Loewe to enjoy TV together with the best possible combination of imagery and sound.”

The initial situation: Quite understandably, if an image suddenly looks blurry you reach for your glasses. But few pay the same attention to their hearing. Each person perceives the fullness of sound of a music track or a film differently because hearing is individual and changes over the course of one’s life. The perception of sound generally peaks and gradually decreases from the age of 20. With increasing age, the overall accuracy of a person’s hearing tends to deteriorate. Sounds seem more blurred, less brilliant, and the diversity and richness of detail are lost. This effect also has an influence on the audio
experience of television.

Until now, the only solution was to turn up the volume -to hear ‘more’ or hear ‘better´. Taking several people with different hearing abilities, it becomes clear that they cannot all enjoy television the same way.

The solution: With the combined technologies, Mimi Defined ¢ and Loewe can adapt sound to individual hearing. Every detail can now be heard and experienced, with clearer, warmer, and more balanced sound. For example, spoken detail in music, film, and documentaries can be perceived more easily by the listener, and sounds can be distinguished better and thus perceived more sonorously.

Complete hearing comfort and customised sound for every generation is possible with Mimi Defined ¢. The combination of the best Loewe hardware and personalised sound calibration through Mimi Defined ¢ creates the ultimate unique listening experience. Previously only available on headphones, Mimi Defined ¢ is now available for the first time on speakers in a global premier with Loewe televisions, simply by pressing a button on the remote control.

Here’s how it works: A profile is created using age-based fitting from the year of birth. Using data from over a million anonymous Mimi Hearing Test ¢ results, the software produces a personalised audio fit. This does not work in the same way as a conventional equaliser which simply amplifies the frequencies where hearing is weaker and raises peak volumes. However, in order to achieve an optimal sound experience, the volume of individual frequencies in the sound must be calculated precisely and adapted specifically to individual hearing capability. This is exactly what Mimi Defined ¢ intelligent technology does: audio material is
analysed in real time and adjusted to individual hearing sensitivity. The algorithms can recognise the functions of an ‘optimal’ human ear and uses the Mimi hearing profile to stress exactly those parts of the audio signal which are weaker. In the Loewe user interface (Loewe os), in the sound settings menu, Mimi Defined ¢ can be switched on and off and adjusted by remote control. A profile based on the user’s year of birth or a group profile (years of birth created over decades) can be created quickly and easily on the TV. Thanks to the built-in personalisation, the audio signal adapts to your hearing automatically through the
Loewe system and soundbar.

The result: Diversity of sound at its finest. Rich in detail. Perfectly clear and warm sound for greater listening pleasure.

Loewe is one of the few brands in the premium segment that has a mastery of both audio and video equally. With its premium products, Loewe hones the senses and awakens emotions with a technology that allows the perfect interplay between sound and vision. A holistic added value that manifests itself in the quality of workmanship, materials, design and future-oriented developments. A pioneer in both areas and especially thanks to special innovations in partnerships with specific applications and technologies such as the successful Berlin-based company Mimi Hearing Technologies.

Loewe is now also applying the liveliness and innovative power of its visual products to audio devices. It is setting new standards in the development of audio technology and in improving audio quality with Mimi Defined ¢. This innovative technology works both as a stand-alone and adapted to a pre-defined group of viewers – for every generation and every home. High-tech with a personality, a
television experience with all sound details and an individual hearing profile. Rediscovering reality is child’s play. All-in-one design.

Loewe. We invented the television.

Founded in 1923 by the brothers Siegmund and David Ludwig Loewe, Loewe presented the world´s first electronic film transmission at the 8th Berlin Radio Exhibition in 1931, earning a mention on the front page of the New York Times.

The brilliant inventor and physicist Manfred von Ardenne, Loewe’s Chief Engineer, came up with the technology. This marked Loewe’s invention of the television. Loewe also developed the first portable television. And that’s not all. Loewe Art 1 ‘ now a design icon ‘ was exhibited in the New York Museum of Modern Art (MoMA) in the 1980s.

Until today Loewe products represent timeless design, innovative technologies, developed and manufactured with the precision and reliability of German engineering. The German manufacturer of premium televisions and audio products, headquartered in Kronach, Bavaria in Upper Franconia, is continuously shaping the home entertainment of tomorrow ‘ with passion, enthusiasm and
impressive know-how. Loewe products have been perfected down to the last detail and additionally, they are also durable and economical in their energy consumption. Modular technology, premium materials, precise workmanship and regular software updates guarantee the sustainability of Loewe products.

About Mimi Hearing Technologies.
Mimi is a global leader in digital hearing tests and sound personalisation. The company was founded in Berlin in 2014 by Philipp Skribanowitz, Dr. Nick Clark, Pascal Werner, and Dr. Henrik Matthies. Their patented, internationally award-winning technology was developed and validated by a team of specialists in close cooperation with Charité university hospital in Berlin. Mimi’s apps are medical
products in Europe (CE, Class 1). Around one million hearing tests from 150 countries make up the largest digital database of human hearing. With Mimi Defined ¢, sound personalisation technology can – despite the imperfections of the human ear – optimise individual hearing experiences for everyone.

More Stories
5 underrated (electronic) gifts to give this year
Are you excited for the holiday season? Well, ready or not, it is upon us in earnest and many people have found themselves desperately searching for the perfect gifts for their loved ones. It can be difficult to find the right item, but fortunately, that’s what gift lists are for! With that in mind, let’s […]
News - Lisa Smalls 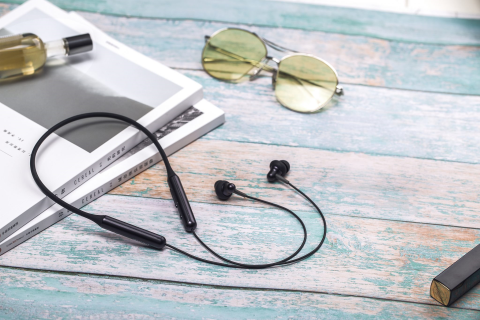 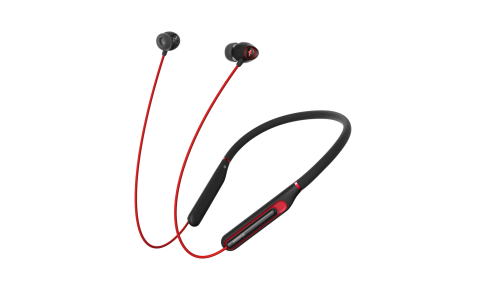 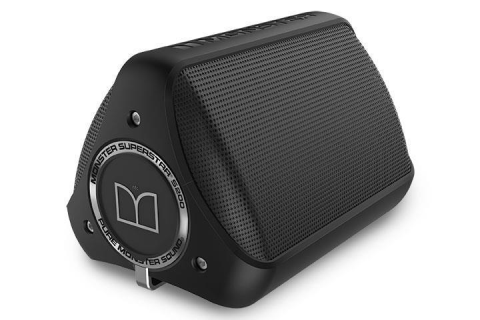 Review:  Monster Superstar S200 Bluetooth speaker
Recently we reviewed the S100 speaker and this time we get a chance to review its bigger brother the S200 Bluetooth speaker.   Monster has done it again they have created a speaker that can really pack a punch in regards the sound and keeping the size of the speaker manageable to carry out making […]
News - Stephen Watson