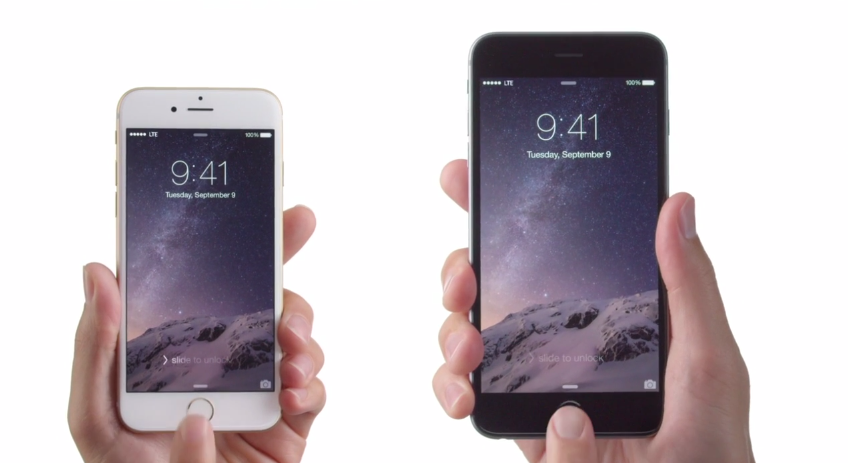 Just in case you’re still on the fence about whether to buy an iPhone 6 or iPhone 6 Plus, Apple has roped in Jimmy Fallon and Justin Timberlake to convince you.

The Cupertino-based tech giant has released two new ads for its new devices, both of which were originally previewed at its iPhone 6 launch event earlier this month.

However, if like so many of us, you tuned in to that live broadcast only to find it marred with technical glitches – this is your chance to catch the two promo clips in their HD glory.

Unlike other tech companies such as Samsung and Microsoft, which spend the majority of their ads nitpicking their rivals’ products (in most cases the target being Apple), Tim Cook and co are focusing purely on the new devices.

The new clips continue Apple’s simple aesthetic of showing its products on a white background. This time the narration is provided by the soothing tones of Justin Timberlake and Jimmy Fallon (both of whom have collaborated on SNL skits in the past).

The first clip demonstrates the camera functions of the new devices, while the second focuses on size. The comic tone associated with the two performers is in tact, although it’s been reined in not to overshadow Apple’s babies.

It will be interesting to see how Apple continues to promote its record-breaking new iPhone, especially now that the hype surrounding its release has somewhat settled. The iPhone 6 has already sold 10 million units, with fans queuing days in advance to get their hands on the new phones.

Like most blockbuster products, Apple had a winning launch weekend but now it must win over the skeptics.

What do you think of Apple’s new promo clips? Did they convince you to buy iPhone 6 or iPhone 6 Plus? And who else would you like to see voicing Apple’s ads in the future?

Android app developers will soon be forced to publicly display their home address on the Google Play Store
Remember when Google made you start using your real-life name on your Google account? Remember how much you, and everybody else, hated that? Google doesn’t. At least, that’s the only conclusion we can draw from an upcoming change to the terms and conditions of the Google Play Store. This change will mean that any and all app […]
News - Callum Tennent 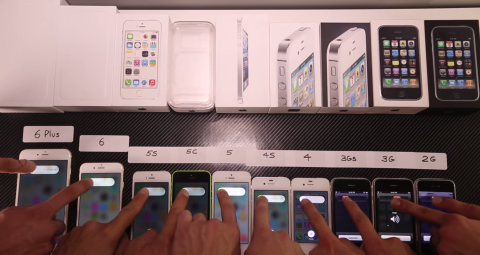 WATCH: See how every iPhone ever released compares in a side-by-side speed test
When releasing a new flagship handset, every manufacturer’s priority should be making it faster than its predecessor – and it usually is. Apple take a bit of stick for not necessarily putting processing power at the top of its to-do list, but iPhones are so well optimised they are usually greater than the sum of […]
News - Callum Tennent

The Super Smash Bros. demo for Nintendo 3DS is now available from the Nintendo eShop
Attention Nintendo 3DS and 2DS owners: stop whatever you’re doing right now and head on over to the Nintendo eShop. The Super Smash Bros. demo is now live. It’s unquestionably the release of the year for Nintendo’s handheld – in fact it’s probably the title that will make or break the platform all-together, and you can […]
News - Callum Tennent
Yahoo makes its first purchase in India by acquiring cloud startup firm
Yahoo has swooped in to the thriving tech startup market in India to make its first purchase. The company reportedly targeted by the online giant is Bookpad; a relatively new firm that hosts cloud-based documents. Conflicting details regarding the financial nature of the deal have surfaced in the Indian media. The Economic Times is reporting […]
News - Saqib Shah