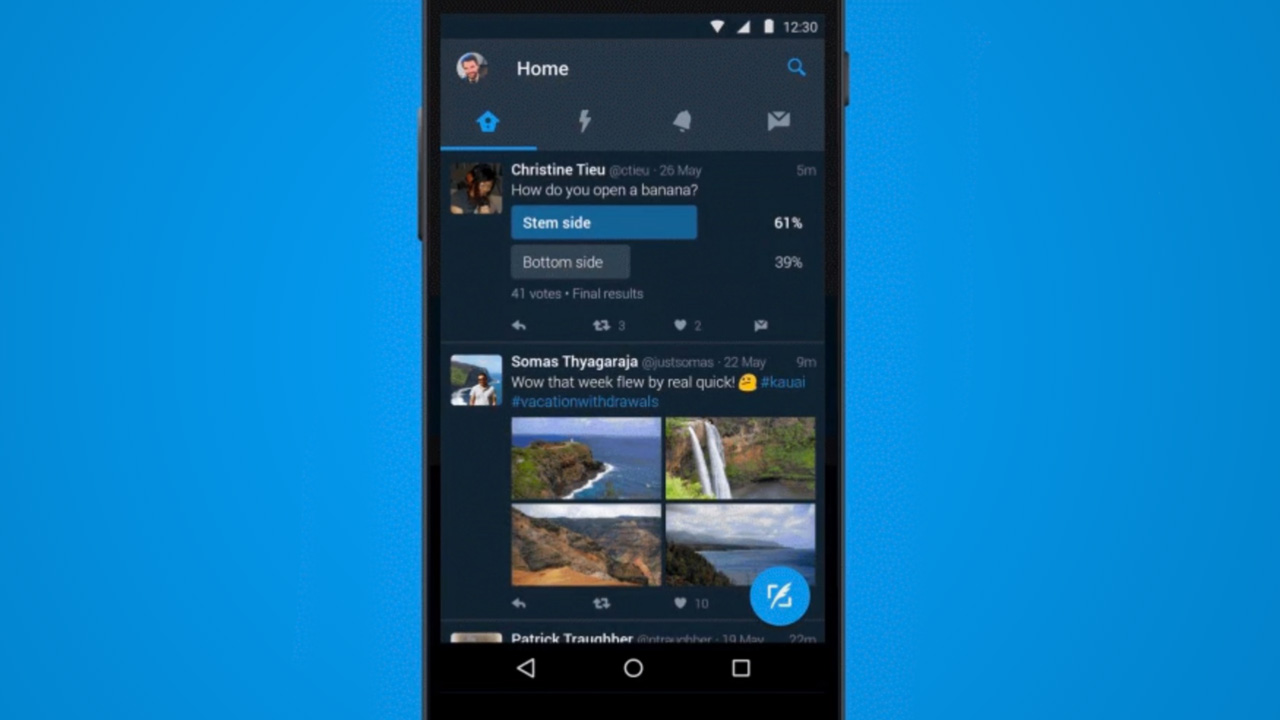 Twitter night mode will change the user interface to make things a little more comfortable on the eye.

Twitter had been previously testing the mode internally but has today rolled the feature out to public. The new ‘night mode’ feature for its Android application that will turn the user interface a cool blue colour, presumably making it easier to sleep on an evening.

We know that the bright white shades which adorn current apps are not pleasing to the eye, especially when trying to sleep. We naturally associate these colours with daylight and as such they tend to keep us awake; this darker theme is a step forward for all you night owls who struggle to switch off at night.

Now on Android! Turn on night mode to Tweet in the dark. ?https://t.co/XVpmQeHdAk pic.twitter.com/vrIDEM22vO

That said, the implementation is a bit fiddly. Users will need to activate the feature manually from the settings menu. You won’t be able to just pick a time and have it turn on automatically, which would’ve been a pretty cool trick. As it stands, the ‘night mode’ is nothing more than a glorified theme to replace the standard white and blue colour scheme that we’re all used to.

Twitter is rolling out night mode as we speak, so keep your eyes peeled for an update if you’re running on Android.