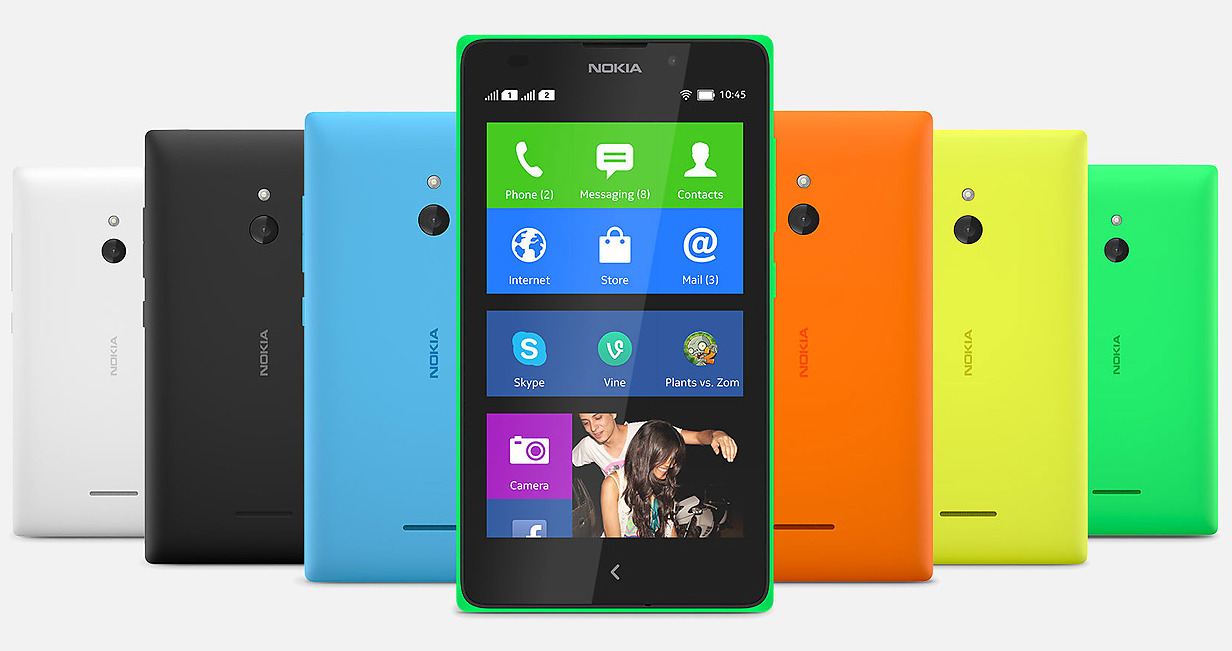 With an increasing number of mobile devices being released exclusively outside the West, there is now a barrage of desirable smartphones, tablets and accessories that never make it to these shores.

Manufacturers from emerging regions such as China and India are causing waves in their domestic markets with innovative products at affordable prices and, consequently, giving the big guns a run for their money.

That’s not to say electronics giants such as Samsung, Nokia and HTC are resting on their laurels. All three have made extensive forays into emerging markets by releasing devices solely in Asia.

Some analysts also claim that even the future success of Apple will depend on how well it can penetrate the region.

Therefore, if you thought the UK and Europe had it made, you’ve got another thing coming.

So, read our list of the most recent – and most tantalising – international smartphone releases and find out more about the best devices from across the globe. We have a feeling it will leave you wanting more.

Already a hit in China, where according to Nokia it has a million pre- orders, the Finnish manufacturer’s latest family of budget handsets feature a hybrid Android-Windows Phone operating system. The device allows owners of a Windows Phone handset to download and use Android applications for the first time.

The Nokia X has a 4-inch screen and a 3-megapixel camera. The phone and its sibling Nokia X+ are available in green, red, cyan, yellow, black and white.

The Nokia XL has a 5-inch display, a 5-megapixel rear camera and a 2-megapixel front-facing camera. All three phones have dual-core processors and support dual-SIM, allowing users to switch SIM cards.

The phones’ feature Windows Phone ‘live tiles’ that point users towards Microsoft and Nokia services such as Bing search and Here maps, rather than Google’s equivalent apps.

Chinese manufacturer Gionee has launched what it claims to be the world’s slimmest smartphone. At 5.6mm, the Elife S5.5 is so thin, the svelte 7.6mm iPhone is almost 50% thicker. Few people would ever complain that their smartphone is too thin, so Gionee has given itself a decent shot at success with this model.

Currently only available in China and India, it comes equipped with a 5-inch Full HD Super AMOLED Plus screen. The Elife S5.5 sports an octa-core 1.7GHz processor, 13-megapixel rear camera and a 5-megapixel front camera.

The Android 4.2-powered phone has a 2,300mAh battery, which the company said will be boosted to 2,450mAh with the next incarnation. The 3G version of the handset is currently available for pre-order in

China at roughly $370 ( £220). With the average cost of smartphones sold worldwide dropping to $317 ( £189) last year, the Elife S5.5 is more than a little above the median, but with its appealing USP and decent specs, Gionee could be on to a winner.

If you like taking selfies, then this may be the smartphone for you. The ZTE Nubia X6 boasts the world’s first 13-megapixel front-facing camera. In addition, the device also packs a 6.4-inch screen, the latest Qualcomm Snapdragon 801 quad-core processor and a massive 4,250mAh battery.

In case you were wondering, it also has a standard 13-megapixel rear- facing camera.

The X6’s size strides into phablet territory ‘ a sector that is showing signs of growth in Asia, and particularly China, as an affordable middle ground between smartphones and tablets.

Specs include a 1080p-resolution screen that contains 344 pixels per inch, a sleek aluminium casing, dual speakers, slots for two SIM cards, and it comes in configurations of either 2GB or 3GB RAM.

The X6’s rear snapper uses an Exmor RS imaging sensor from Sony, which helps you take pictures in low light.

The phone runs Android 4.3 with ZTE’s Nubia 2.0 user interface. ZTE has also incorporated a split-screen function so users can view separate apps at the same time on the large screen.

ZTE has already started taking pre-orders for the device in China. The good news for the rest of us is that the company will probably roll out the device to other countries later this year.

Little-known Chinese smartphone manufacturer Much has taken aim at the potentially lucrative mobile gaming market in China with its newest handset, the G2. The device is a smartphone tailored to handheld game lovers ‘ think of it as a cross between a Samsung Galaxy and a PlayStation Vita.

The G2’s clever design is apparent. On top of the phone sits a low- profile joystick, along with a directional pad and a few physical buttons along the bottom.

But is it just another gimmicky handset like the forgotten Sony Ericsson Xperia Play?

Let’s get the negatives out of the way first. The 5-inch screen is a bit of a letdown, packing a paltry 720p resolution ‘ as is the lack of 4G connectivity and its slightly bulky weight.

It does, however, come with a MediaTek quad-core processor, 16GB of storage, an 8-megapixel camera and a huge 4,200mAh battery.

This sort of device requires some software modification, which means you’re stuck with the company’s Android 4.2 skin. But Much has at least come up with a smart TV app that lets users play games on a big screen.

The device’s crowning glory is its price tag of $161 ( £96). This transforms it from being just a toy into an affordable smartphone for gaming. And with China recently lifting its console ban, which had been in place for over 13 years, it could slot nicely into the burgeoning gaming industry there.

Despite boasting impressive specs, Motorola’s range of affordable smartphones ‘ including the newly released Moto E ‘ are lacking in the design department. The same goes for the popular Moto G, which has the same curved design as most cheap handsets.

It’s a shame no premium variation of the affordable Motos is available in the West, when a Ferrari edition is currently released in Mexico. This zippy version sports a sleek Kevlar back cover and the supercar logo imprinted on the bottom and back of the handset.

The refreshed edition of the Moto G adds a microSD memory card slot to the original G, which is a hugely affordable phone that’s proved so popular it’s single-handedly resurrected Motorola in the UK phone market.

The new model boasts a 720p-resolution screen, quad-core 1.2GHz Cortex-A7 processor with 1GB of RAM and Adreno 305 graphics. You also get 16GB of internal storage and a 5-megapixel camera.

The handset was displayed at the Mexico launch of the Moto E and Moto G 4G (the Ferrari version is also LTE enabled). It is currently available for 4,999 peso ( £230). 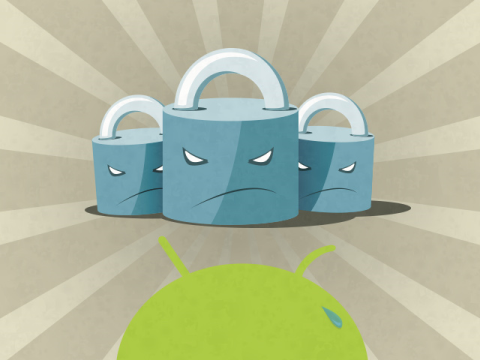 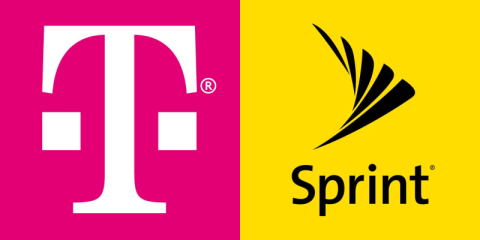 T-Mobile and Sprint, the USA’s third and fourth largest mobile network providers, close to $32bn merger
T-Mobile and Sprint have agreed, in principal, to a deal which would see the two companies merge. The deal would be worth $32bn, and would see the third and fourth largest wireless telecommunications providers in the United States combine to consolidate third place – and close in on their considerably larger rivals. According to the […]
News - Callum Tennent
WATCH: Amazon releases its first trailer for it’s upcoming ‘3D’ smartphone… sort of
Big news: the highly publicised but little-revealed Amazon smartphone now has a concrete announcement date – June 18th. That’s pretty soon. To mark the fact, Amazon has put out a trailer for it. Although it’s more like a teaser, in honesty, as we don’t actually  see  the device. The frustration is amplified by being made […]
News - Callum Tennent 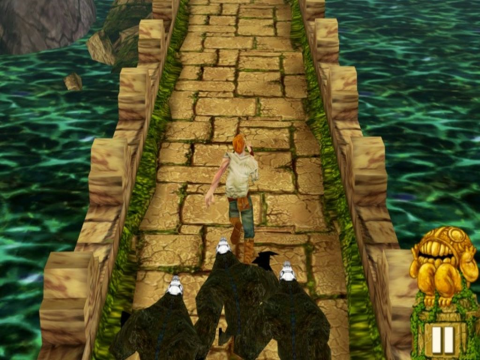 Temple Run mobile game hits 1 billion downloads
The popular mobile game Temple Run has outrun all other endless runners (now that’s a lot of running, if you ask us!), by passing the one billion downloads mark. The game’s US-based developer, ImangiStudios, said that its largest market was China – where a whopping 36% of the title’s audience resides. The company also divulged […]
News - Saqib Shah