Samsung has unveiled yet another smartphone, this time the Galaxy Ace 3.

The phone will be released in the LTE version in the United Kingdom but there’s no word yet on pricing or availability.

The device will also come with several of Samsung’s software features pre-loaded including S Travel and Smart Stay.

Check out What Mobile’s review of the Galaxy Ace 2 here.

The phone will run Android 4.2 (Jellybean) with a 1.2GHz dual core processor and 1GB RAM, with 8GB internal memory with microSD slot expansion options, which is a fair amount of heft for a device The Next Web is calling an entry-level smartphone.

More Stories
iOS 7 set to be unveiled at WWDC, could feature new look and iRadio
Apple’s WWDC is upon us, and it seems as if Apple are preparing to announce a completely overhauled design direction, as well as the long-rumoured iRadio
News - Jordan O'Brien 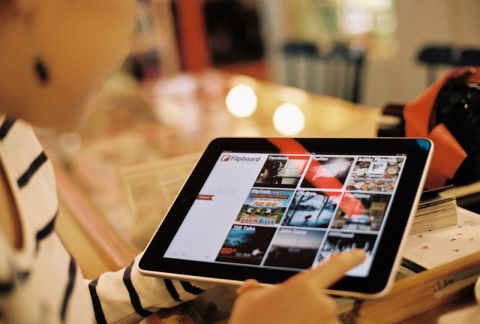 Blog: The Etiquette of Tablets in Public – can you lean your ereader on someone’s head?
Just what is the etiquette of tablet viewing in public – can you look at the screen? Can you pull out your own popcorn and join in? Can you lean your e-reader on a stranger’s head? We ask the important questions.
News - Alex Walls
Galaxy S4 gains wireless charging capability through add-on accessory
The Samsung Galaxy S4 has become the latest in a long line of phones to gain wireless charging through an add-on accessory.
News - Jordan O'Brien
HTC One Max could take the Galaxy Note III head-on
HTC may be about to take the fight directly against Samsung, with the rumoured phablet version of the HTC One getting an official name, the HTC One Max.
News - Jordan O'Brien