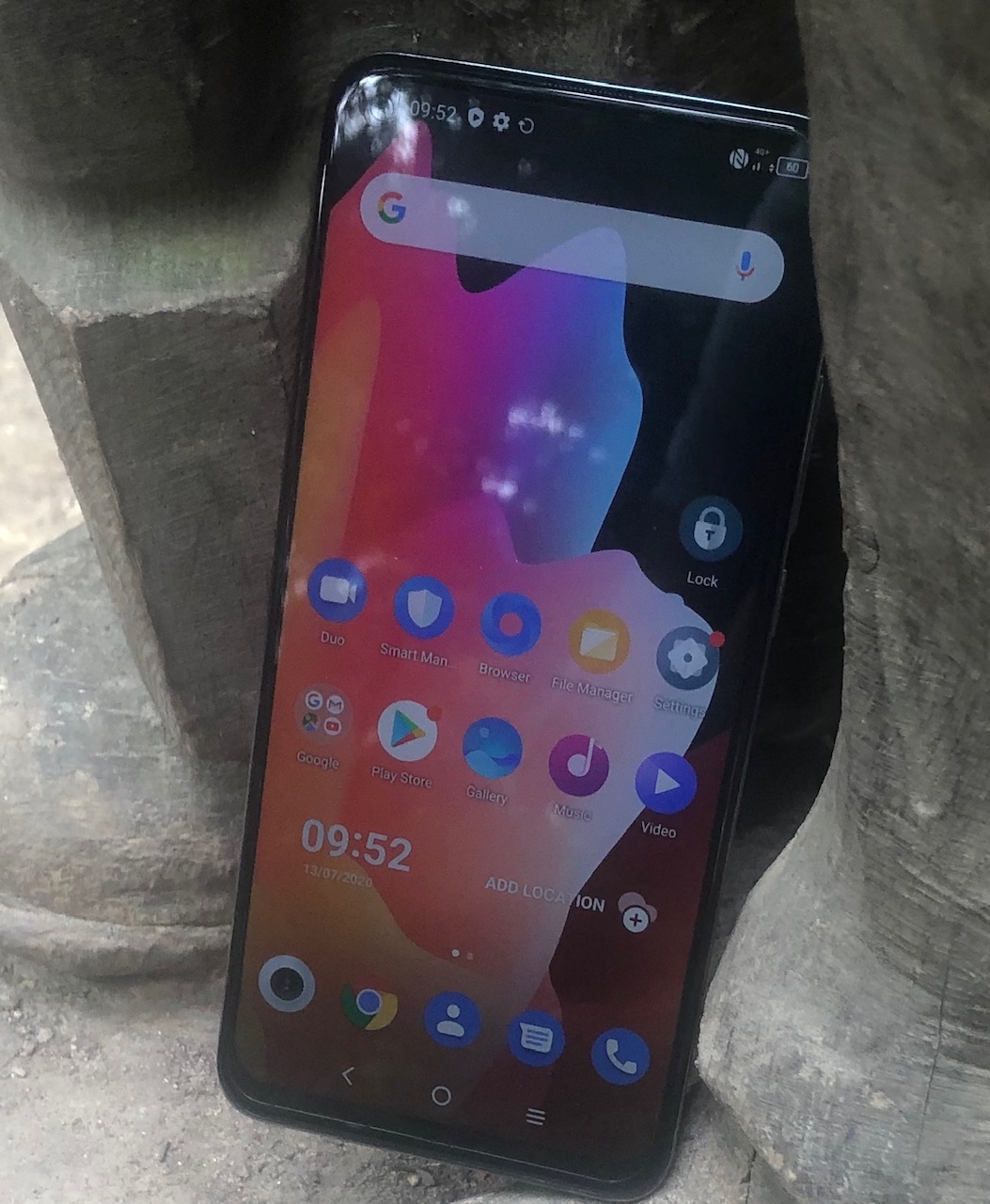 Recently at What Mobile, we reviewed the TCL 10 Pro and this time we have been lucky to get a chance to review the TCL 10L. This is part of a series of phones that TCL has brought out.

The TCL 10L is the budget handset and that comes in at £199.99 from the likes of Amazon or Argos to name a few of the places.  This phone comes with the Android 10, 6.53 inch full HD LCD screen which is quite large considering its a budget handset.

Design-wise as mentioned the phone has a very large screen coming in at 6.53 inches on the right side of the phone you have the power and volume buttons while on the left is a smart key that can be programmed to open your preferred apps, for example, a double-tap would open your google emails whereas a long press could bring your smart assistant.

The phone comes in two colours, the artic white or the marina blue which both look great in this review. I have the arctic white which I must admit is a fingerprint magnet but once you give it a wipe over it does look great as you get a great look under sunlight. 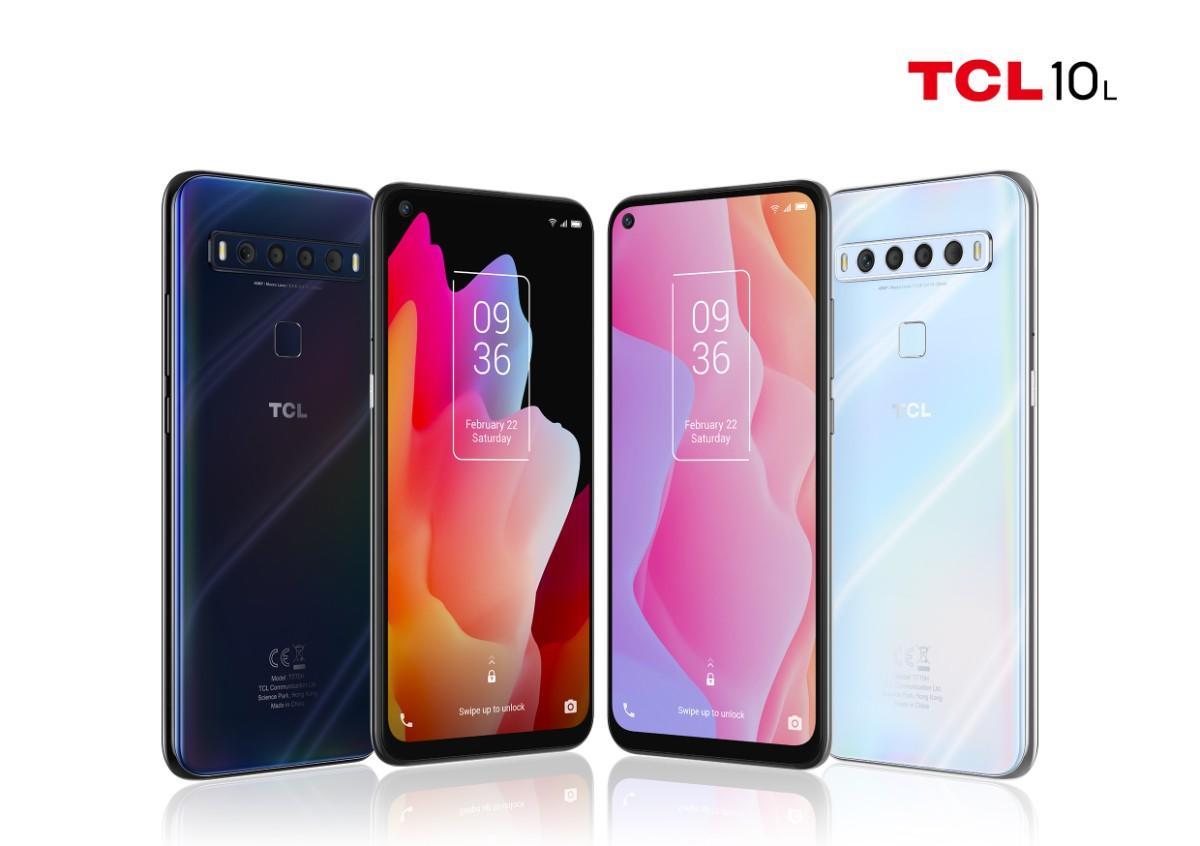 At the bottom of this phone, you get the USB-C port and either side of that is the mono speaker. 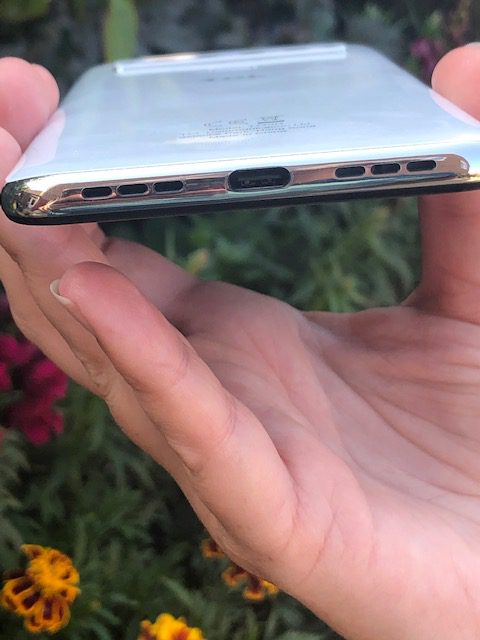 What you will notice and this was the same with the 10 Pro it also has a 3.5mm headphone jack making a return. I am sure this will please some old school audio fans and you can also get FM radio when wired headphones are plugged in ( I had to check it was not 1995 lol)  The downside is the mono speaker when you’re playing music at high levels the sound is very poor.

On the back of the phone, you will see the fingerprint scanner and camera.  The scanner on the back is decent. They are more responsive to the market but you will have to pay more to get them. 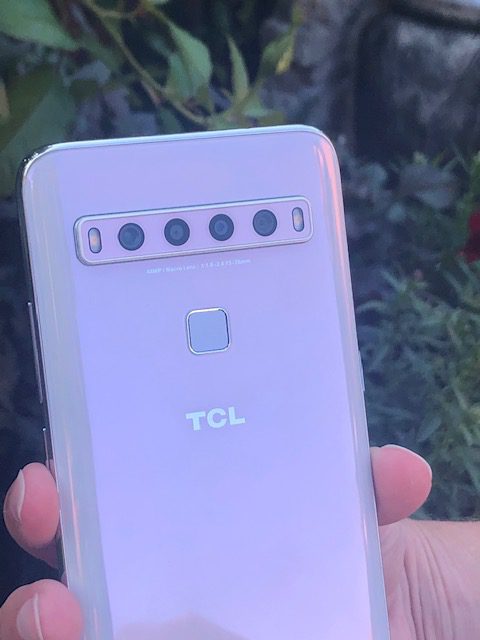 Coming back to the screen TCL are well known for amazing TV’s so you have a hope they will have nailed the image quality and they have introduced NXTVision as this boosts SDR content to HDR and the feature can be turned off if you want.  The NXTVision feature is ok. It won’t shake any trees I found when watching premiership football on the phone. It did a decent job with the displaying colour but it’s not a standout feature that would make me buy the phone alone. 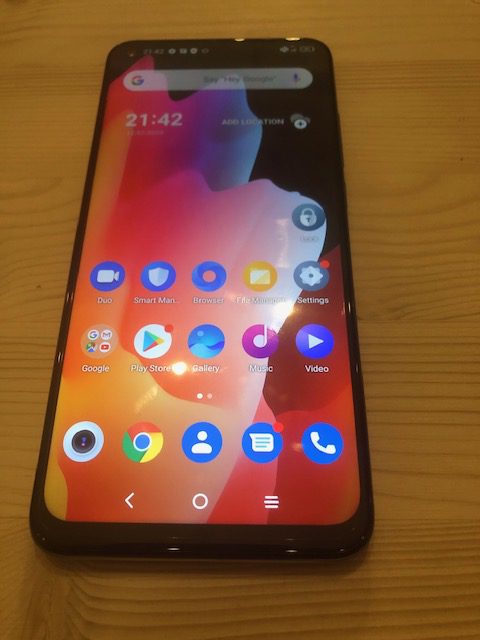 Inside the phone, you get a snapdragon 655 processor and 64GB of storage with the option to expand with a microSD and 6GB of RAM. In regards to everyday usage the 10L was decent it did most things you would want without any trouble. You get the odd small lag when switching between apps but for the cost of this phone, I don’t expect the kind of user who might buy this phone to be too concerned.

Battery wise you get a solid 11 hours and that a mix of everyday use and also watching videos over Wi-Fi it could handle it. I watched the new Eurovision film with Will Ferrell (a very funny film) and that was just over 2 hours and the phone still had a decent amount of battery after. 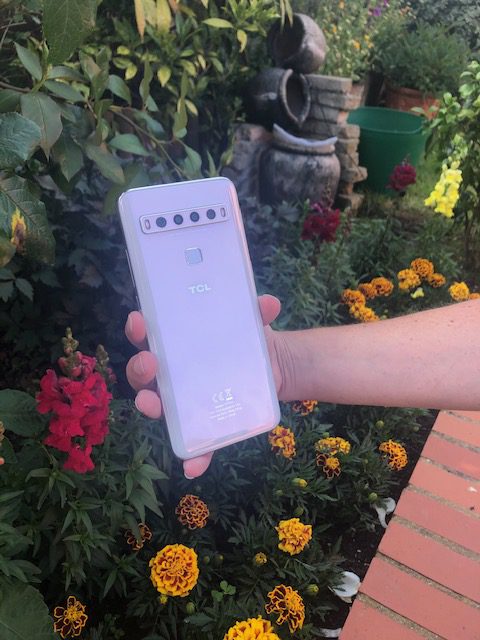 Camera Display on the back of the handset

Moving on to the camera the 10L did get some decent photos especially in the daylight this is where it performs. 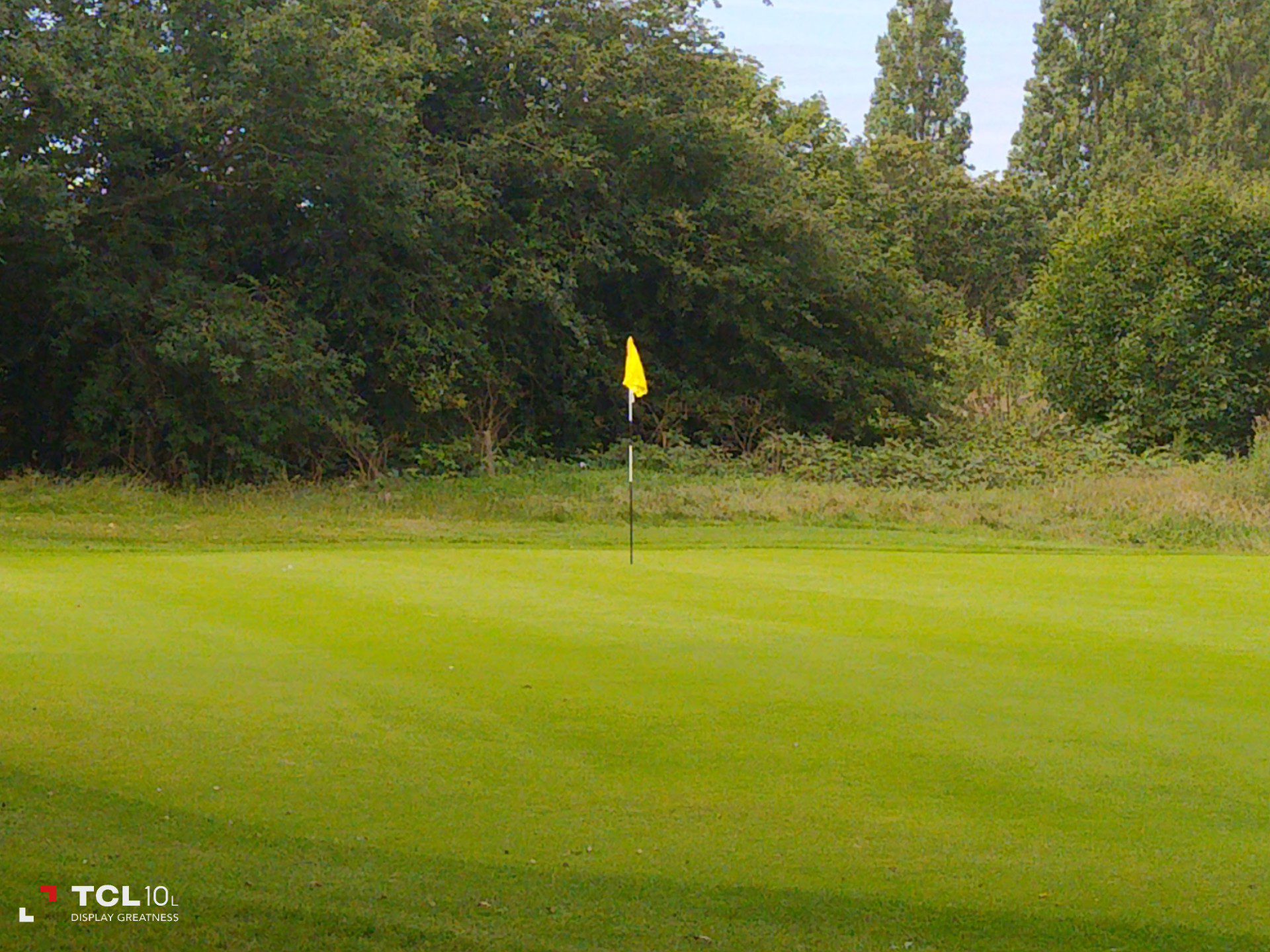 My pictures were sharp and the macro lens is ideal for close up shots. 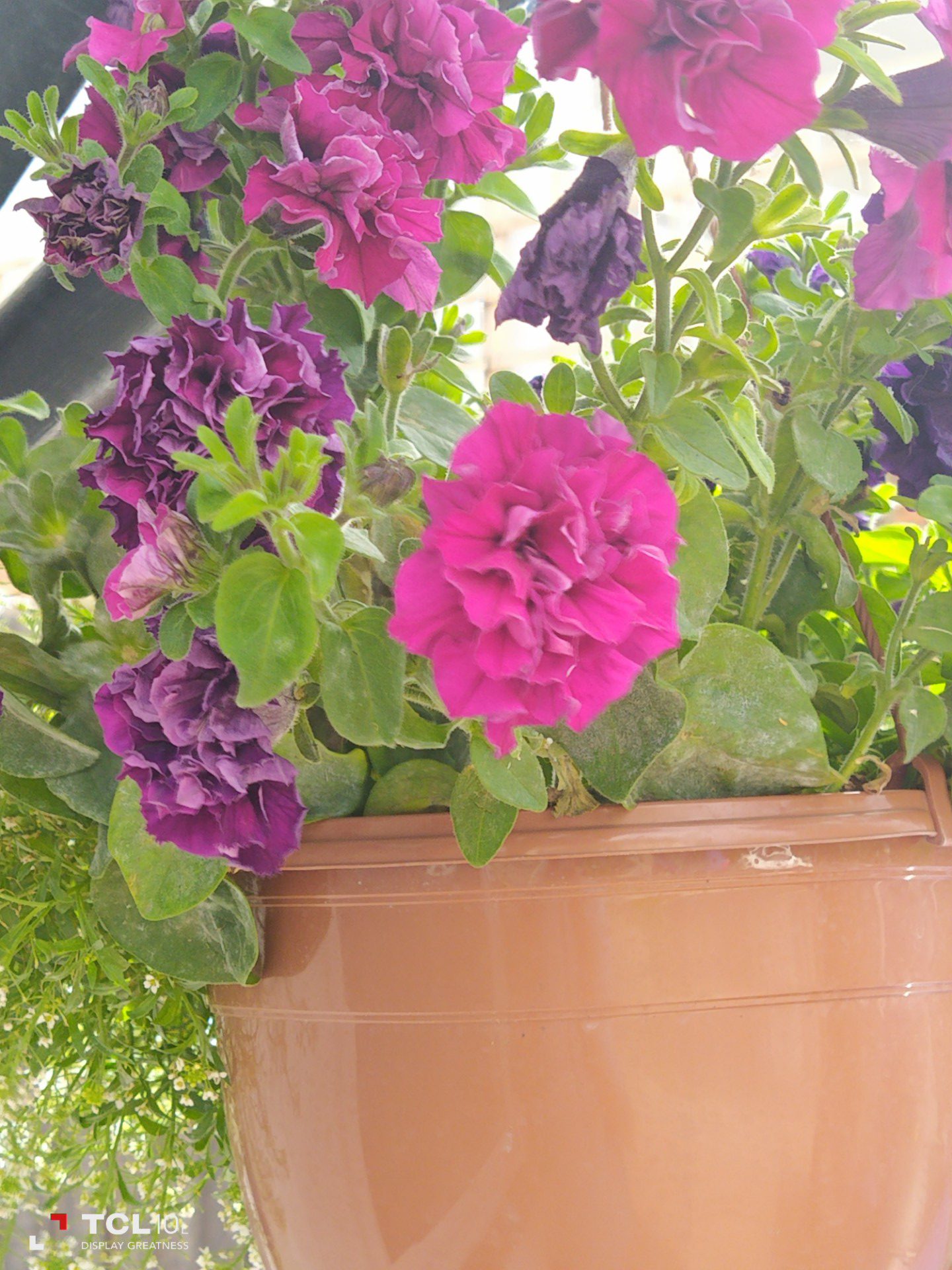 Zero Zoom on this shot and the colours burst out of this picture.

The camera setup falls when you consider the 2-megapixel sensor detailed images can appear a little poor. This could be due to the default 12-megapixel resolution but it can be changed to the 48-megapixel sensor which offers a better shot. 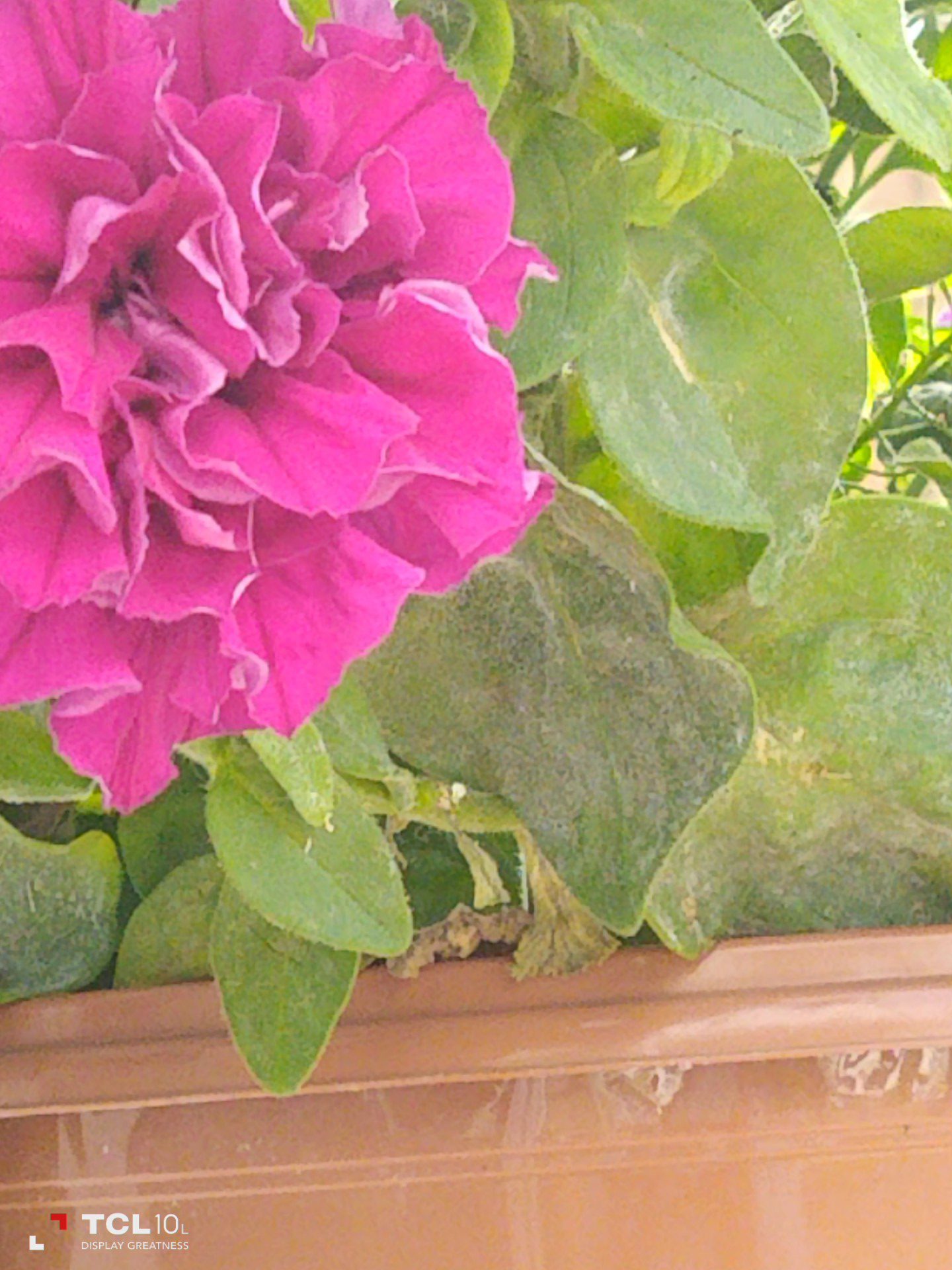 A zoomed-in shot (6.0) appears grainy and the image less appealing.

Taking night shots are not ideal due to the lack of flash but here was a shot I took about 9 pm it was not bad. 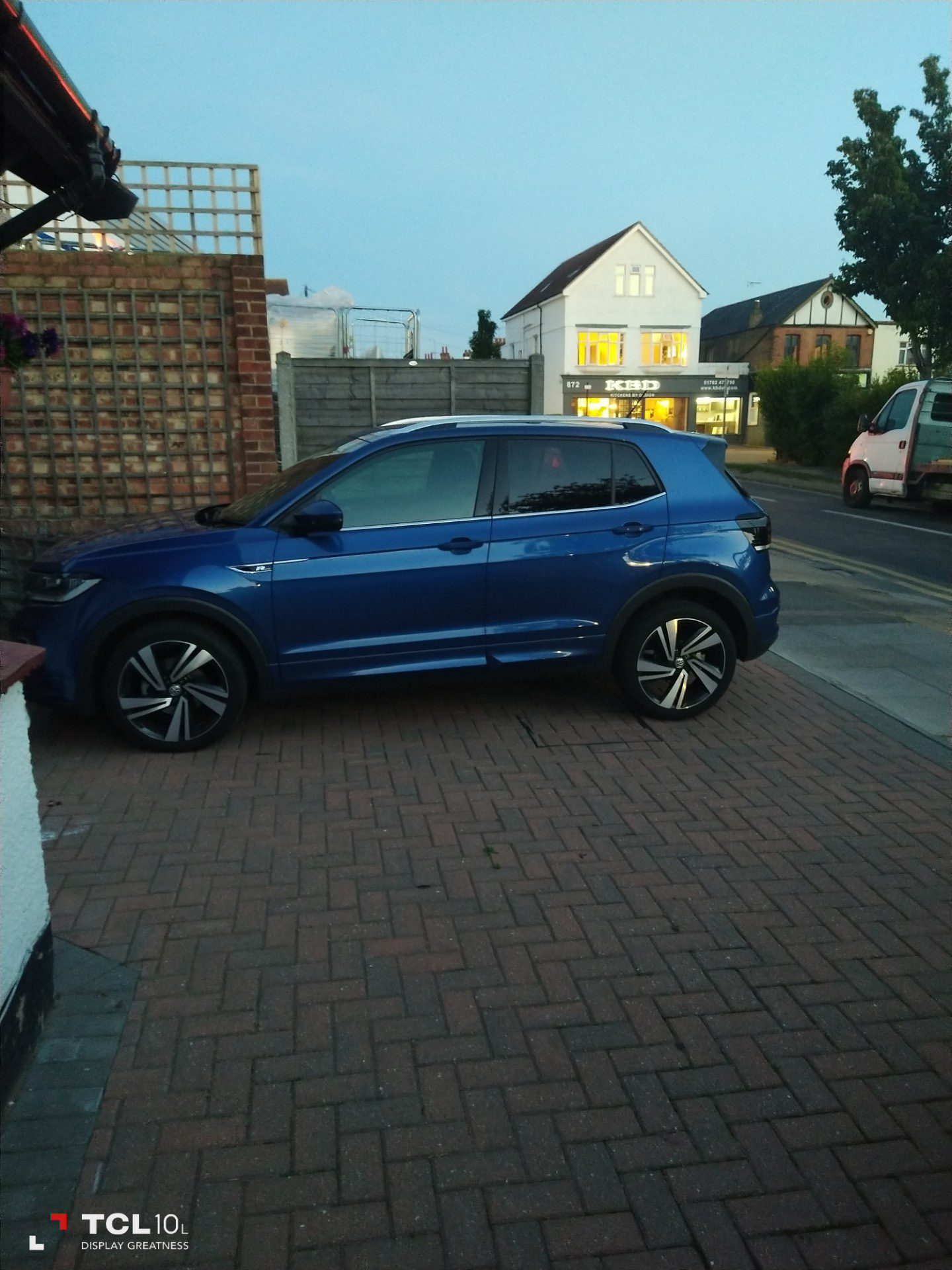 However, an hour and a half later and the image quality is much worst like the below shot. If I had a flash it might have been a lot better. 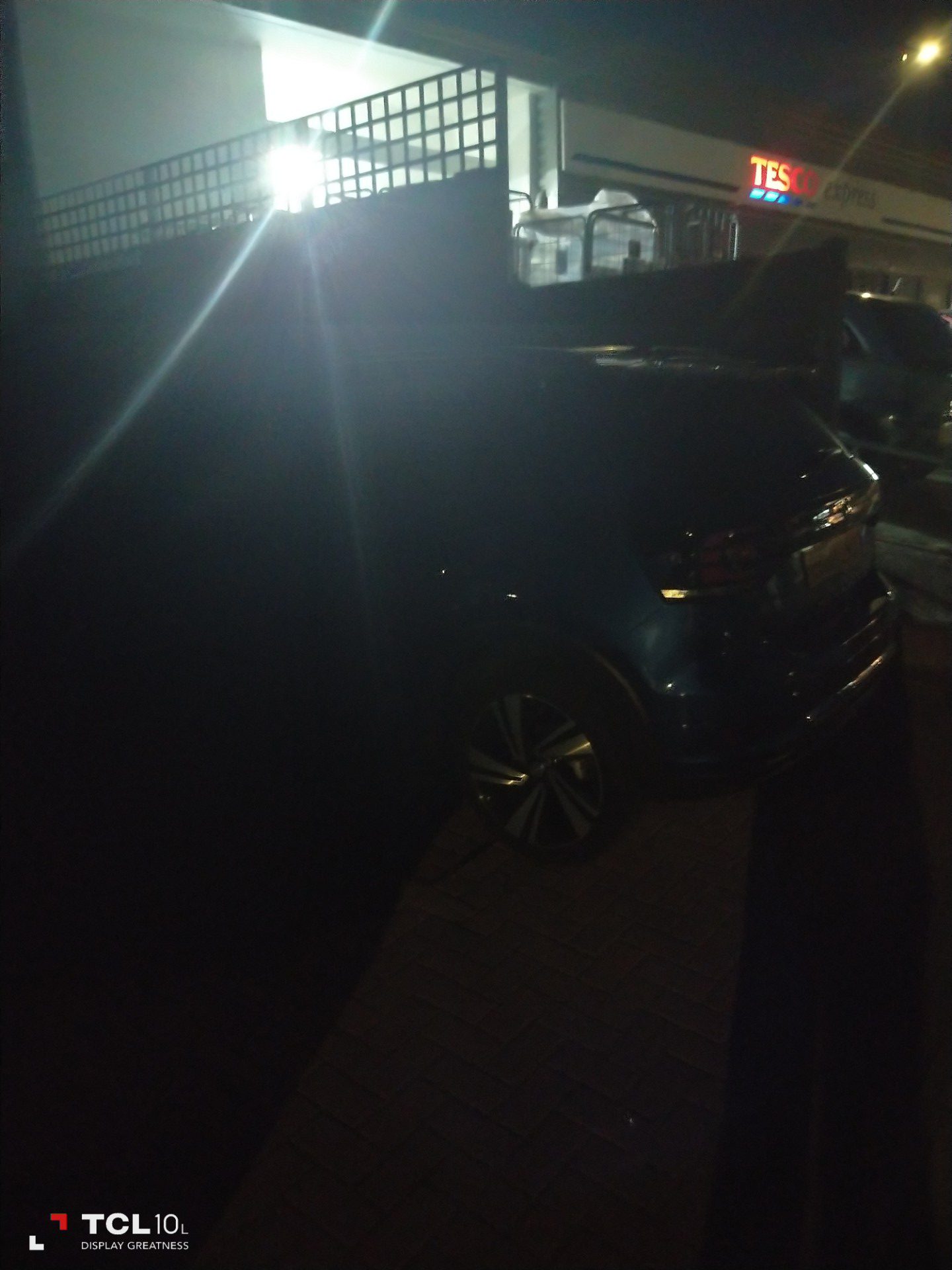 As for the video, I am sorry to say it does not get much better. You do get 1080P or 4K but if you are using the 1080P the lack of optical image stabilization is noticed. You do have to question TCL with the “Display Greatness” slogan unless it’s got perfect conditions.

Would I buy this Phone?

Overall, TCL 10L is a decent budget handset and at £199 you get a very big screen with a decent display and comes with the NXTVision feature that helps improve the image quality slightly. Battery wise 11 hours use will get till the end of the day with ease but forget about wireless charging that is not possible with the 10L.

If you want a camera for just daylight shots it’s well worth considering but for night shots and when using video this phone can not cut it. Other negatives include its not IP rated so keep this phone well away from the water.

So the question is would I buy this?  Well if you want a phone to just do the basics it’s not a bad call for these on a budget. It’s a decent attempt but TCL has a lot of room for improvement for a phone in this price range. 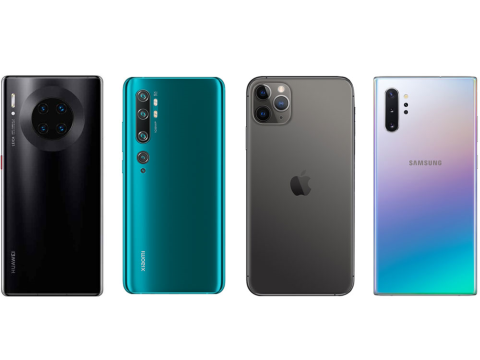 10 smartphone camera terms explained
Research has shown that 86% of people think camera quality is a very important feature when deciding which smartphone to buy, but with so many new developments, smartphone camera specifications can be confusing. Experts at online smartphone retailer, Mobiles.co.uk, have delved into the most common camera jargon and here break down 10 terms users need to […]
News - What Mobile 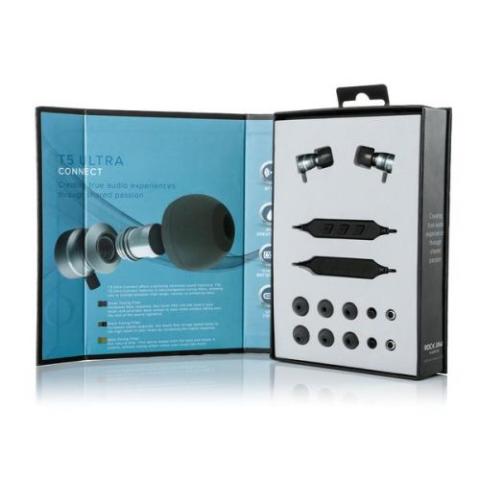 Special Savings for the T5 Ultra Connect
Rock Jaw Audio is a British Audio brand that we have covered over the last few months and we have great news! Amazon is currently offering a massive 35% off the normal price for the T5 Ultra Connect normally £74.95 now £48.72. We very much enjoyed using these earphones which have the following features: 11 […]
News - What Mobile

Summer must-haves from Sony
As the warmer weather approaches, we wanted to share some summer must-haves from Sony. ZV-1 Vlog camera – Price: £700 / €800 Create content worth sharing The latest addition to Sony’s range of cameras has incredible vlogging and video content capabilities. Whether documenting UK travel adventures or brushing up on your vlogging game, the ZV-1 has […]
News - What Mobile 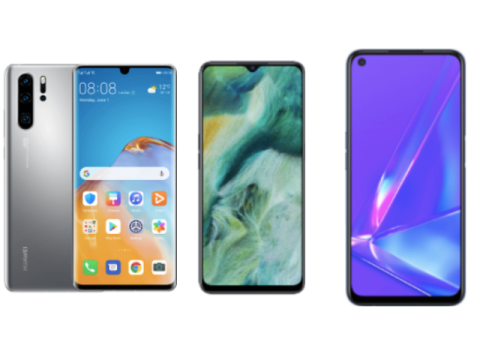 giffgaff adds Google-supported Huawei phone and new Oppo devices to portfolio
Latest mid-ranger Oppo A72 part of the trio giffgaff is adding three smartphones to its portfolio. From today, the Telefonica-owned MVNO is offering the Huawei P30 Pro New Edition and the Oppo Find X2 Lite 5G. And in the next “few weeks”, it will also offer the Oppo A72. The P30 Pro New Edition is an updated […]
News - What Mobile