The Internet has been rife with speculation for a while now about a HTC designed Google Nexus tablet, rumoured to be the last in the popular Android range.

The appearance of new images and specs details about the upcoming slate seem to confirm those rumours.

Photos leaked to the Android Police website reveal that the new tablet carries the Nexus logo and is codenamed ‘Volantis’. It has an 8.9 inch screen, is 7.9mm thick, weighs 418g (427g for the LTE version), and is constructed with an aluminium frame.

Meanwhile, the specs sheet shows that the new Google Nexus sports the same high-end features that we have come to associate with the range.

It comes packing a Tegra K1 processor and the screen is 2,048 x 1,440 with a 281 ppi and a 4:3 aspect ratio. Forward-facing stereo speakers, an eight megapixel rear camera and 2GB of RAM round out the rest of the specifications.

Currently, it’s best to remain at least a tad sceptical about this new leak. In particular when considering that Google is reportedly planning to discontinue its Nexus line in favour of Android Silver. The latter will be a new Google range, in collaboration with a series of manufacturers – among them LG and Motorola – that will offer a strict Android experience.

UPDATE: Forget being skeptical, the Google Nexus 9 is looking like more of a reality with each passing day. Now, we have the strongest proof yet that the tablet exists and that it could be out as soon as the end of this month.

According to a lawsuit filed by Nvidia against Samsung and Qualcomm, whom it accuses of infringing seven of its GPU patents, the “HTC Nexus 9 [is] expected in the third quarter of 2014 [and] is also expected to use the Tegra K1.”

The leaked document, which was filed with the US Federal International Trade Commission, has since been removed from Google. You can see an extract from it below, via Engadget:

Therefore, the previous leaks regarding the Google Nexus 9 were spot on – it will carry a Tegra K1 processor and is built by HTC.

Additionally, as the third quarter of this year comes to a close at the end of this month, it is likely the slate will be released in September. We can only assume that the other premium specs listed above are also true.

However, most of the excitement regarding the new tablet stems from the fact that it could be the first device to carry the new Android L OS.

Elsewhere, it has also been mentioned that the slate could be unveiled alongside a new Motorola-built Nexus 6 smartphone later this month.

Whatever the case, it seems that Google Nexus fans don’t have much longer to wait to see the new tablet. 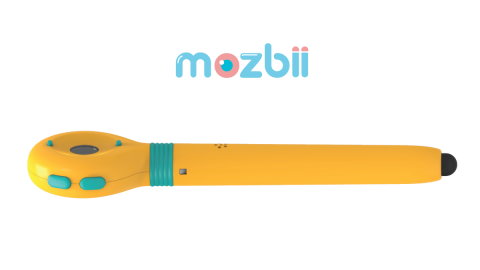 WATCH: The Mozbii stylus lets you take colours from real objects and paint with them on your tablet
Anyone who’s used Adobe Photoshop before will be familiar with the ‘eyedropper’ tool. This tool allows you to pick a specific colour from any image on your screen, and then continue to use that colour to airbrush/paint/draw/fill and the like. The Mozbii stylus allows you to do that in real life. It’s a genius concept […]
News - Callum Tennent

Katie Couric is the face of Yahoo News Digest on the iPad
Yahoo is bringing its news aggregation app; Yahoo News Digest, to the iPad with America’s sweetheart Katie Couric in tow. The move marks Couric’s return to traditional news broadcasting, albeit on a digital platform. The celebrated former news anchor will host a weekly Yahoo News Digest video segment entitled “Now I Get It” in which […]
News - Saqib Shah

Google Play Store extends app refund timeframe to two hours
Google has extended the refund window for apps downloaded from its Play Store to two hours. Previously the refund timeframe was a mere 15 minutes. As a result, you now have a lot longer to demo an app or game before you decide to return it and claim a refund. Google confirmed the changes on […]
News - Saqib Shah