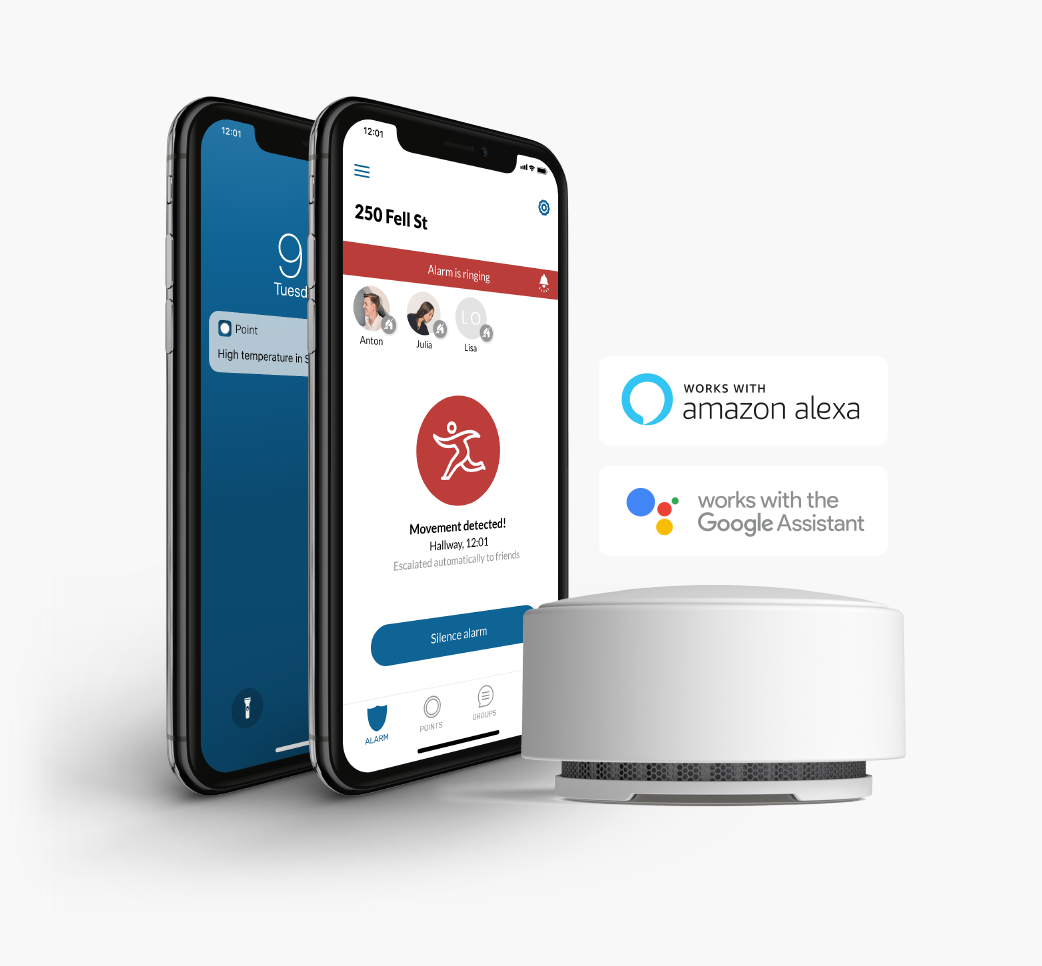 Minut allows users to remotely monitor motion, temperature, humidity and noise levels of their home without any invasion of privacy

Swedish smart home technology specialists Minut, led by former senior executives at Apple and Google, today announces the availability of its easy to install, all-in-one wireless smart home alarm in the UK. The Minut alarm will be distributed in the UK by smart home specialists Thames Distribution and is available from Minut.com and Amazon UK for £129.

Minut believes that every home should feel safe and has executed on the vision to make home security smart, simple and accessible for every home. The Minut smart home alarm has no cameras, no data loopholes, no pricey long term commitments and no complicated and expensive installation. Never listening or watching, Minut will only react when required, ensuring users always know what’s said at home, stays at home.

Designed to sit discreetly on the ceiling, it may be small but Minut is packed with 5 sensors and a siren, ensuring the home is safe when occupants are out and that it remains a comfortable environment when they are home. Connecting to the home Wi-Fi, the Minut smart home alarm is wireless and ready to work anywhere in the world. Anyone can install Minut themselves — a mounting plate securely sticks on the ceiling and the sensor clicks right in and can be readily moved to another location as desired.

The Minut smart home alarm contains a PIR (passive infrared) motion sensor underneath the lens, which detects the heat energy emitted by living things. The device monitors the environment it’s in and keeps track of the number of ‘motion events’ that occur. If the alarm is activated and a motion event occurs, an instant notification will be sent via the app. Even if the alarm is turned off, users can monitor the motion levels around the device.

Minut also monitors the sound level of the environment it’s in. The app allows users to set custom thresholds, so if the volume ever goes above a pre-set decibel level they will receive a notification on their phone.

Minut monitors the temperature in an environment and can alert users to any increases and drops. It is possible to set customised high and low temperature levels, and if the environment goes above or below them a notification is instantly sent. This feature can alert people to potentially dangerous situations such as leaving the oven on, the heating breaking or leaving a window open.

The device also monitors a home’s humidity levels. Humidity levels can negatively impact on sleep and overall health and some of the health risks from over exposure to high humidity include dehydration, fatigue and muscle cramps.

The in-built sound recognition in Minut can detect other alarms going off in the home. If users have a smoke, CO2 or radon alarm installed and it starts to sound, Minut will pick up on this and instantly notify of the potential threat.

Through the combination of monitoring the temperature and humidity in the environment overtime, Minut can analyse the risk of mould growing. Users will be alerted in the app and offered suggestions as to how to reduce this risk.

The latest feature to Minut, the Nightlight, automatically lights the way when occupants walk under the device at night. The app allows users to choose which hours of the night they would like the feature to be on for, or turn it off entirely.

The Minut app allows users to set up and control their Minut Smart Home alarm, to wirelessly monitor and protect the home, anywhere, anytime. It takes just a few minutes to install and connect and the incredibly quick and easy to use app lets users control the alarm, set thresholds, add friends & family to their network and manage instant notifications.

Using the free Basic plan, users can monitor and protect their home, receive instant notifications of any threats and get insights into their home environment.

For just £6.99 per month, the optional Minut Plus plan allows customers to add multiple users, multiple homes and allows users to create a trusted network of friends and family to safeguard their home. If something happens in the home, and you’re not around, Minut will quickly seek assistance from the users network to make sure the property remains safe.

Minut has up to 6 month battery life, dependent on the environment it’s within and the number of alerts it needs to send. Users simply remove the device from its magnetic mounting plate and charge via the included USB-C cable. Fully charging the device takes around 5 hours, after which, users simply pop it back up on the ceiling.

Minut CEO Nils Mattisson, commented, “Feeling safe shouldn’t be a luxury, or come at the cost of privacy. Until recently the most affordable solution for home security and monitoring has been Wi-Fi connected cameras, but people don’t want or trust them in their homes. Our aim is to make home security and monitoring accessible to everyone, without having to compromise the feeling of home.”

Mattisson continued, “Through the use of machine-learning the sound recognition is continuously improved by the Minut community, making the system even better over time. To preserve privacy, the design is camera-free and the data processing runs on-device, so no sound ever has to be recorded.”

Minut’s founders reached the conclusion that the only way to truly guarantee the privacy of personal data was to avoid collecting it as much as possible. By combining the inputs of its environmental sensors with powerful machine learning, the alarm is able to process and analyse data on the device itself; ensuring no raw audio from the home is ever recorded or sent to the cloud for storage.

A founding premise of Minut is that no one should ever have to choose between security and privacy, hence why it puts privacy first. Everything revolves around protecting what happens in the home. Minut do not listen and don’t send any raw data to the backend. Ever.

Only when the alarm senses a potentially critical event such as motion detection or a sudden sharp increase in temperature is a ‘fingerprint’ of the potential anomaly generated and sent to the cloud for a ‘second opinion’ of sorts, where it is analysed by even more powerful algorithms before being sent to the user.

The Minut all-in-one smart home alarm is available in the UK through Minut.com and Amazon UK for £129. 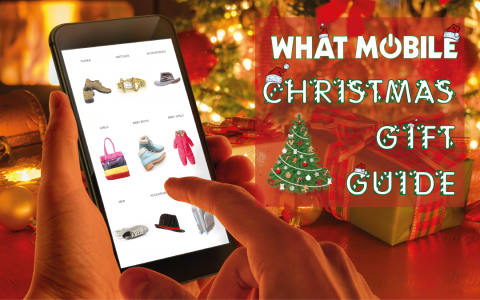 The What Mobile Christmas Gift Guide
So with less than 20 days till Santa comes to town you might be thinking what do I buy my family & Friends or you might be asked like me what do you want for Christmas and have no idea. We have created a list of items that you will love and there is something […]
News - What Mobile 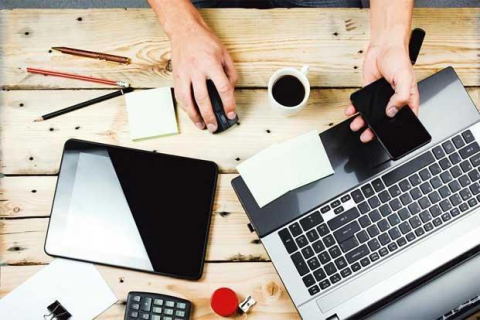 OVER 20 MILLION BRITS FEEL OUT OF CONTROL IN THEIR HOME LIFE
Brits craving control: nine in ten seek order and structure in their home (88%), believing it makes it a happier place to be (85%) Rise of the ‘Connected Home Controller’ as two in five (40%) now use technology to control their home  Yet nearly two-fifths (39%) have felt “out of control” of their home and […]
News - What Mobile 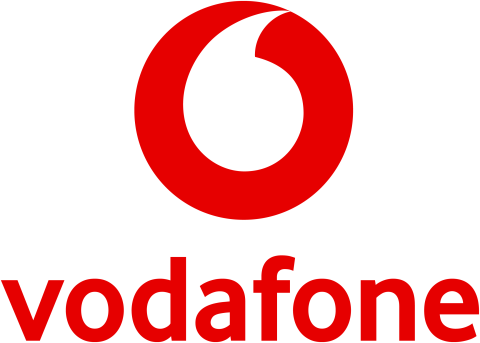 VODAFONE AND VERYME REWARDS LAUNCH FESTIVE GAME TO REWARD FAMILIES AND FRIENDS THIS CHRISTMAS
Vodafone’s VeryMe Rewards programme launches new ‘Festive Squad’ game to bring families or friends together this Christmas. Work as a team to beat the game on your mobile, tablet or computer – even if you’re in different places. Play together throughout the week to bag an end of week treat for all the family – […]
News - What Mobile 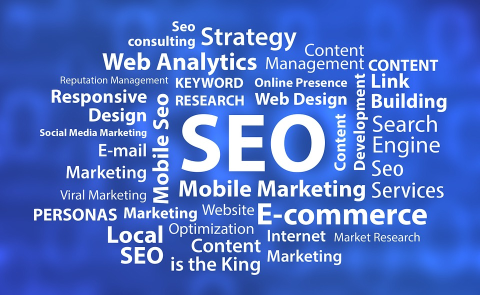 Best Tips for SEO Writing in 2020
Today, doing SEO-based writing is imperative, which is challenging for those writers who’re unaware of search engine optimization. It’s not only about articles and blogs but also paid ads, PR, product descriptions, and social media. Today, writers feel the pressure to write unique content that is optimized for Google for top rankings in the search […]
News - Trudy Seeger