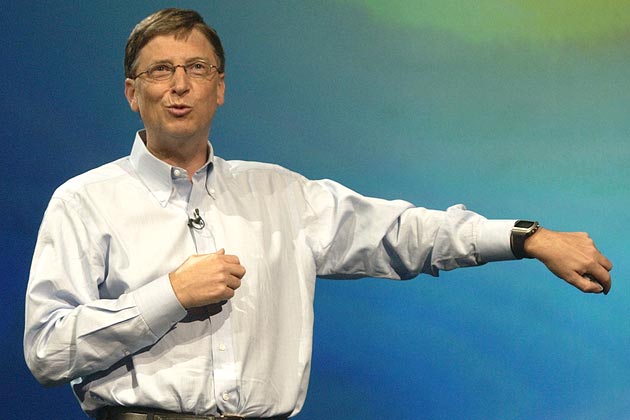 Microsoft will makes its entrance into the wearables sector before the end of the year, according to a new report. In fact, the new device could be launched in the next few weeks, if Forbes is to be believed.

Talks surrounding the tech giant’s first wearable have been circulating since April. Aside from announcing an imminent release date, the new report divulges little new information.

In the past it has been unofficially revealed that the device will be a multi-platform wearable – meaning it will be compatible with iOS, Android and Windows Phone – and that its display will be on the inside of the wrist, making it easier for users to keep notifications private. The latter detail calls in to question the ‘smartwatch’ status of the device, and makes it sound more akin to a smart band – not unlike the Samsung Gear Fit.

The new report reiterates those rumours and also repeats that the as-yet untitled wearable has health tracking functions, including a heart rate monitor. It adds that battery power will last more than two days on a single charge.

Microsoft is making a late entrance into the wearables arena. However, chances are it will want to launch a new device by the start of the Christmas shopping season.

It will have an uphill battle on its hands, with wearables from the likes of LG, Samsung and Pebble already widely available. Meanwhile, Google has launched Android Wear – its wearables OS – and Apple has unveiled the Apple Watch and its accompanying OS to unanimously positive reviews. If Microsoft manages to release the device before the end of the year, it will at least beat out Apple, which is expected to release its Watch in early 2015.

Microsoft hasn’t yet announced a price for the smart band. Other smartwatches run the gamut from £159 (for the Android Wear LG G Watch) to an expected £300 for the Apple Watch.

DriveClub players could receive compensation as server issues persist (Update: Players should now be able to go online!)
Original story (13 October): Next-gen racing game DriveClub has been plagued with server issues since its hotly anticipated launch last week. Following a severe online backlash from players, the game’s director has taken to Twitter to update gamers and apologise for the difficulties. DriveClub director Paul Rustchynsky also suggested that gamers could even receive compensation for […]
News - Saqib Shah

WATCH: Android 5.0 Lollipop’s hidden Easter egg is a Flappy Bird clone
You don’t have to be a core Android user to know that each different version of Google’s mobile operating system contains an Easter egg. It’s always particularly easy to find as it stays in the exact same place every year. You simply head on over to the Settings menu, tap on About Phone, and there […]
News - Callum Tennent

Android gets local multiplayer with Google Play Games (but not in the way you probably think)
Hands up, how many of you play games on your smartphone? Ah, yes, everyone. Of course. Now, how many of you play games online against other people on your smartphone? Considerably less, we’d be willing to wager. But what if there was a way to make the online mobile gaming experience a little less impersonal? […]
News - Callum Tennent