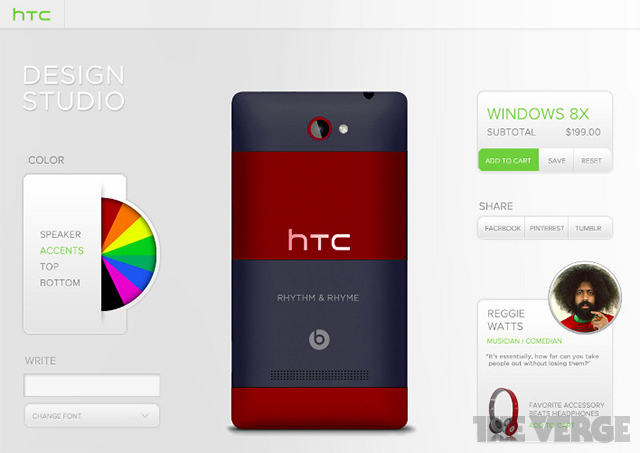 Motorola wasn’t the first company to consider allowing customers to customise their phones, with a report from The Verge claiming that HTC had heavily investing in colour customisations for the HTC 8XT Windows Phone.

According to the report Sprint and HTC were both working on a project called the HTC Design Studio, which was meant to be a web app giving you the ability to choose your own colour options for the speaker, accents, the two-tone highlights, and your own personal engraving.

It is understood that both HTC and Sprint decided not to further the project due to the cost and complexity involved in taking it to market.

The HTC 8XT was launched on the Sprint network in July with an improved colour scheme, borrowing heavily from the HTC Windows Phone 8S, but without the HTC Design Studio.

Whilst this project may have failed, there’s nothing to stop HTC or any other manufacturer from replicating what Motorola has done with the Moto X — although we’ll have to wait and see if that plan turns out to be a success. 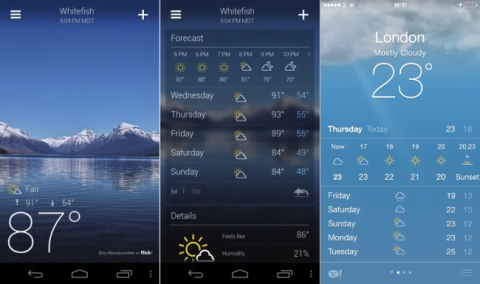 Yahoo Weather for Android gets updated, looks like iOS 7
Yahoo Weather has been updated on Android smartphones, and it bears a resemblance to the recently updated iOS 7 stock Weather — in that it’s rather beautiful. The stock iOS 7 Weather app does use Yahoo Weather as the provider for all the information, but the app is built by Apple’s in-house iOS team. That […]
News - Jordan O'Brien

Photos you won’t believe were taken from an iPhone
The winners of the iPhone Photography Awards 2013 have been announced, and when you see the results that the contestants have produced, you’ll hardly believe that they used an iPhone. Some of these photos you could assume that they were taken on a professional grade DSLR, but they weren’t, they were all taken using an […]
News - Jordan O'Brien 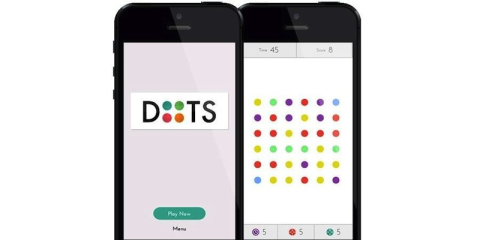 Dots for Android now available on Google Play
The smash hit iOS game, Dots, has finally made its debut on Android, almost four months after launching for iPhone, iPad and iPod Touch. Dots is a highly addictive game which has been downloaded over 5 million times on the app store, a number that continues to grow. Essentially what you have to do is […]
News - Jordan O'Brien 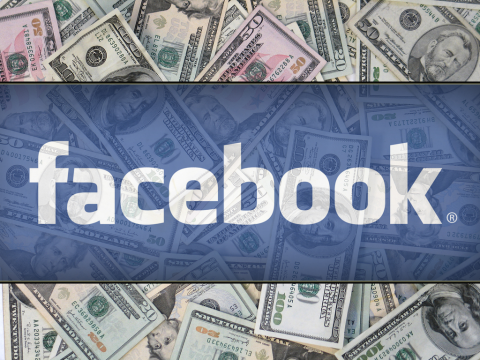