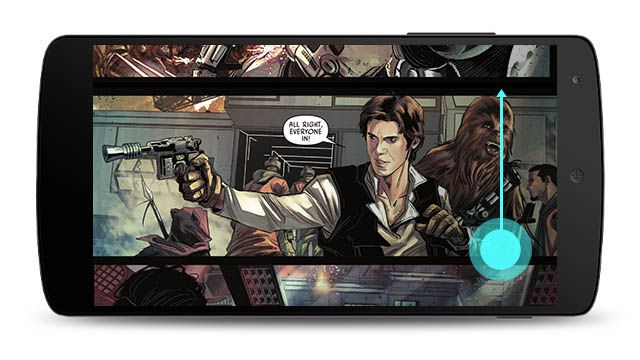 A new update has been pushed out for the Google Play Books service which includes a new reading mode plus and updated storefront.

Google has today announced a new upgrade for their Google Play Books service which adds a new vertical reading option, a perfect choice for comic book enthusiasts. Previously, the only way to read was in a page-by-page fashion, which felt a little awkward when viewing any sort of graphic based text. With the new update, we can flick through things on an image-by-image basis which is much more intuitive.

To coincide with the update, Google has also introduced a new storefront complete with comics destination, which displays a list of new releases and popular reads. There’s also the ability for personalised recommendations based on your own taste, which Google will intelligently curate.