Free on Apple iOS and Android

This game is a joy.  Based on the video of the same name released by Metro Trains Melbourne to encourage safety around railway lines, the game features the various characters featured in the video attempting to avoid death in stupid ways.

You help them through a series of simple, timed games, made fun by the animation and the things the characters are doing; there’s a figure who ate a week old pie and threw up onscreen and your job is to scrub the puke off with your finger before the timer runs out.  There’s the guy who’s using his private parts as piranha bait and your job is to flick away the ravenous fish, or the character whose hair is on fire, and your mission is to tap the screen quickly until the fire goes out, or to choose the door which doesn’t have a psycho killer behind it.  The list is inventive, and aptly includes various scenarios around trains, but after a while, these are limited. More on this later.

When you successfully save the characters, you are rewarded with points including weird bonuses or penalties (there’s a penalty simply entitled ‘BOO’, which minuses points, and a bonus called ‘DUUUUUDE’).  You can unlock more characters when you gain more points.   You get three lives before you have to start a new game, and this is tricky, because often the animations of how the characters die are pretty darn hilarious – there’s the guy who keeps a rattlesnake as a pet and is trying to feed it a hot dog.  If you don’t squeeze mustard on just right, the snake bites the character in the eye, who looks nonplussed and a little miffed at its new ocular attachment.  The more points you gain, and the more lives you save, the faster the game gets.

After a certain amount of points, you unlock the video which started the whole shebang, which is very funny and quite catchy.  The game itself has catchy background music and great sound effects, such as a shouted ‘Hooray!’ when you save a character from a Dumb Death.

On the final tally screen, there’s also a red button with ‘Safety Pledge’ on it which, when pressed, has the option to promise to be safe around trains, which is a very cute way of reminding people that the entire app and game, while tongue in cheek, has a serious message behind it: getting hit by a train through carelessness is a dumb way to die.  Of course, as pointed out by a What Mobile staffer, the conundrum is whether, through playing this game at a train station, you’ll get hit by a train through inattention.  I liked that the safety ad aspect wasn’t going the usual route of horror but was trying something new, without being preachy, with a gentle and quite sad reminder that paying attention around trains is something we all need to do.

The animation is excellent; it’s very cute and appealing, with the expressions on the faces of the characters adding a whole other level of hilarity.

The app is very simple to use and encourages you to continue playing, even after unlocking the video, by unlocking more characters.  It’s also a free app on Apple and Android.  My only quibble is that after you’ve unlocked the video, there are no new dumb ways to die, so you’ll be playing the same levels over, which can get boring.

Aside from that, it’s a great little game reminding us all that trains are not all like Thomas the Tank Engine.

More Stories
Microsoft launches Office for iPhone, misses iPad
At long last Microsoft has decided to shower iOS users with all sorts of Office-y goodness, but if you’re using an iPad then you might be out of luck as this app is only designed for the iPhone.
News - Jordan O'Brien
Aluminium Nokia EOS could become a reality
Those who are hoping for an aluminium Lumia EOS should hold on to hope, as it looks like Nokia has at least considered putting that 41MP gloriousness into a thinner chassis.
News - Jordan O'Brien 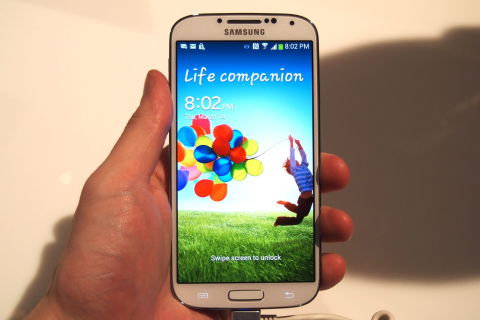