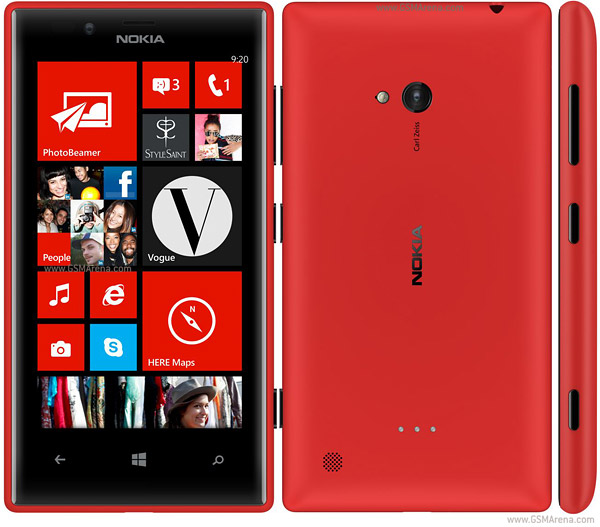 What Mobile takes a quick first look at Nokia’s newest offering, the Lumia 720, a step down from its 820 device, itself the step down from the flagship 920.

The 720 runs with a Qualcomm Snapdragon S4 dual-core processor at 1GHz and 512 MB of RAM.  Internet browsing (Internet Explorer 10) was a breeze and the screen looks good, which is surprising because it only has 217ppi and 800×480 resolution.

However, HERE Maps (Nokia’s rebranded maps offering) showed noticeable lag, which is understandable given it’s loading maps (Google Maps generally makes my phone struggle) but is noticeable when compared with the 920 or even the 820, and can be a bit painful waiting to load directions or for the phone to even register your command.

HERE Maps incorporates Nokia’s public transport guidance, Transit, which again takes on Google’s offering, with timetable information about approximately 45 cities in the United Kingdom.  This is a handy addition, which also makes a whole lot of sense, and even includes bus stops between your destinations, handy for those of us who get slightly lost when out of our known neighbourhoods…

The 720, was with all of the Lumia range, runs with the excellent Nokia Music, which offers 50 tracks per playlist and four playlists for free with offline downloading.  I’ve mentioned in the past that I like this capability and it works as normal on the 720, including the irritating not being able to skip more than six tracks an hour (or upgrade to Nokia+ – the reason given used to be due to radio licensing issues). There’s a new feature which shows you a snippet of the lyrics, but for the full lyric breakdown you need to sign up to Nokia+ (or just use your browser to look them up).

In terms of apps, again, the major offerings seem to be there but there are still big gaps, like Facebook’s Messenger (in itself a new launch), Temple Run, Vine if you’re so inclined, Instagram, etc.

What I noticed which was different from the 620 was the super sensitive touch that Nokia says allows you to use the phone with gloves was working well, in that it picked up select and copy taps on the first go, whereas the 620 took some effort to get it to recognise this while web browsing.

Camera-wise, a very quick play shows Smart Shoot is included in the package, but the quality of photos didn’t blow me away.  We’ll have to wait to fully test this.

Looks-wise, the phone is a pretty much a square brick – not the most attractive outer packaging.  The back cover comes in different colours, however, which helps differentiate the phone, and as always, Windows Phone 8 is a very easy, intuitive and attractive looking user interface. The 720 is fairly light at 128g and measures 127.9 by 67.5mm, and is a comfortable 9mm thick.

Worth noting is that  after an hour or so of playing with the device, while trying to synchronise a Gmail account, the phone crashed and took about 30 minutes to an hour to re-start.  Nokia said it was a special case and to be fair, the phone’s now working again, so stay tuned for What Mobile’s full review.

More Stories
Rumour Round Up: Different names for the multi-sized iPhone 5S and iPad 5 leak?
The iPhone 5S is rumoured to be coming in a range of screen size options and are the leaked pics of the iPad 5 bezel for real real?
News - Alex Walls
Apple could be releasing three different sized iPhones
A top Apple analyst has tipped that the Cupertino giant could be preparing to launch three iPhones this summer in at least three screen sizes
News - Ian White
Nokia rolls out Lumia 520 and 720 in UK
Nokia has rolled out two more Lumia devices in its range and the questions are, are they any good and why two more Lumias?
News - Alex Walls
EE to target 1m 4G customers by Christmas, double 4G speeds in 10 cities
EE will target 1 million 4G users by Christmas and start roll out of doubled 4G speeds and capacity
News - Alex Walls