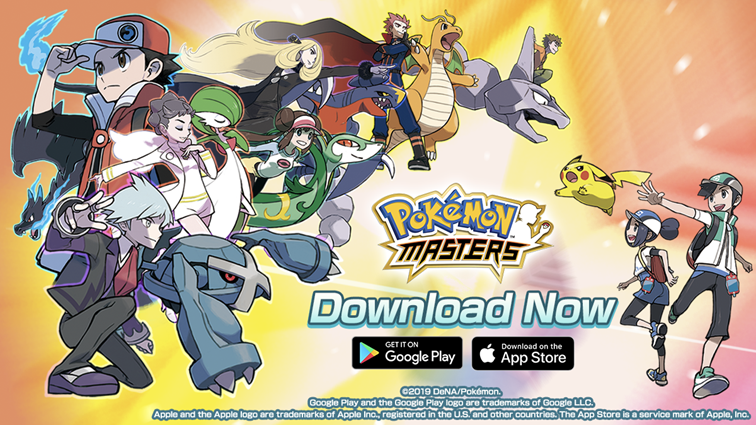 Pokémon Strategy and Battling Game Now Available to Download, with Special In-Game Events and Rewards Available for a Limited Time

DeNA Co., Ltd., in partnership with The Pokémon Company, launched the highly anticipated mobile game Pokémon Masters worldwide for Android and iOS devices. The game is now available for download using the links below.

Pokémon Masters is a strategy and battling game where players form teams of sync pairs (the combination of a Trainer and their partner Pokémon) to engage in 3-on-3 real-time battles against AI opponents. With 65 sync pairs to recruit at launch, players can team up with iconic duos such as Korrina & Lucario, Brendan & Treecko, Clair & Kindra, and many more. The game takes place in an all-new location, the island of Pasio, where Trainers and their partner Pokémon from every known Pokémon region have gathered to compete.

The 3-on-3, real-time battle mechanic in Pokémon Masters is a novel twist on Pokémon battles. Players will be able to release a barrage of moves while their AI opponent unleashes attacks at the same time. Each move requires a certain amount of the player’s move gauge, which will continuously refill during the course of a battle. The battle is over once a player defeats their AI opponent’s team of sync pairs. Players will need to form their team, ration their move gauge, and strategically deploy the best moves at the most opportune times to ensure victory.

Pokémon Masters features both single-player and cooperative play modes. In cooperative play, players can join two other players from around the world to battle a team of AI opponents.

In celebration of the launch of Pokémon Masters, special in-game events and rewards will also be available for a limited time. A story event featuring Blue, the iconic Pokémon Trainer from the Kanto region, will be available from September 2nd through September 29th, and allow players to team up with Blue and his Pokémon partner Pidgeot to battle other Trainers from the Kanto region to earn special rewards.

Players will also be able to earn up to 3,000 gems, which can be used to add new sync pairs to your team and is enough for 10 sync pair scouts, and other in-game items for a limited time by opening the game for the first time, logging in each day for up to 10 days, and participating in launch celebration missions.

More details about these special in-game events and rewards are described in the debut episode of Pokémon Masters News https://youtu.be/ihJ0dcP1WuY, which features Yu Sasaki, Pokémon Masters lead producer at DeNA,  discussing the latest information on the game.

Pokémon Masters is a free-to-start game with in-app purchases on compatible Android and iOS devices. The game is available in English, French, German, Italian, Japanese, Korean, Spanish, and Traditional Chinese. Fans can learn more about Pokémon Masters at https://pokemonmasters-game.com/en-US. 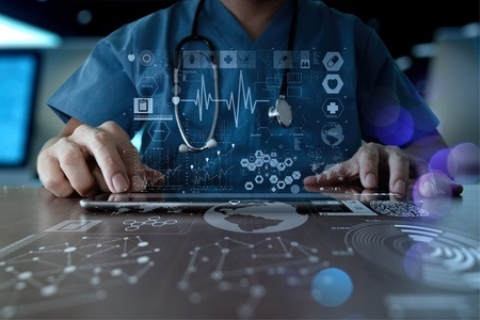 3 Life-Changing Technological Advancements
New technology is being created and released all the time. There are normal everyday items such as cell phones, smart televisions, lightweight laptops that can lock with a touch of a fingertip, vehicles that will break to protect us, and gadgets we all love and depend on. When we think of technology we think of […]
News - Anne Davis 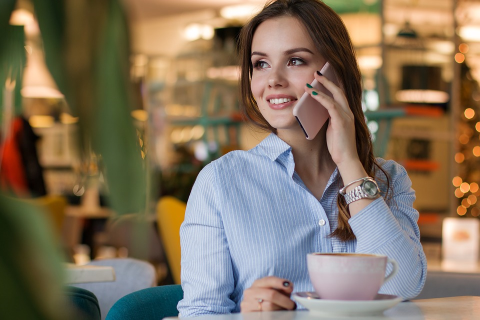 Top 6 Ways to Save Money on Your Mobile Phone Plan
In the 21st century, everyone needs a cell phone. We use our phones for business, for contacting our friends and family, for organization – how do you find the best AU mobile data plan? How can you save money each month? Stick to Simple Many cell phone plans remain unnecessarily complication. Why? The fine print […]
News - Boris Dzhingarov 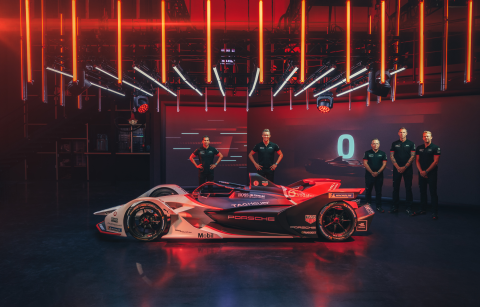 VODAFONE GROUP TO SPONSOR PORSCHE FORMULA E TEAM
Vodafone Group will be the Official Communication Partner of Porsche Motorsport when the automobile manufacturer enters the 2019/2020 ABB FIA Formula E Championship. Formula E is the first fully-electric international single-seater racing series in which cars zoom at more than 200 km/h – with zero emissions – along the streets of 12 major cities across […]
News - What Mobile