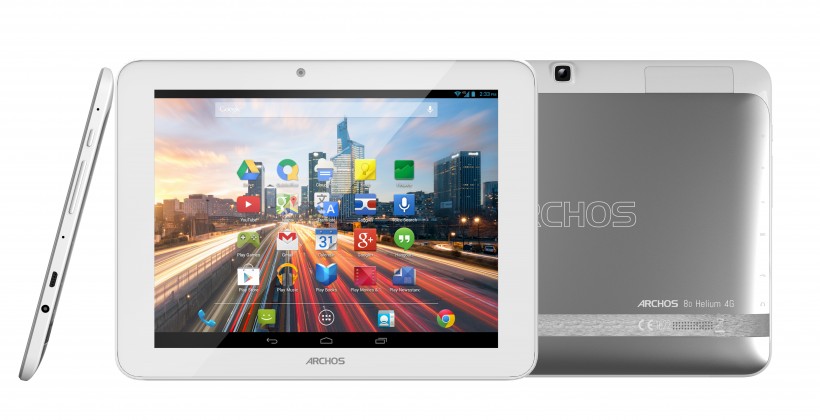 French manufacturers Archos may have yet to properly crack the budget tablet market, but bless’em if they don’t keep trying.

Their latest entry is the  Archos 80 Helium 4G – which they proclaim will be the first tablet to cost less than £229 with both an eight-inch screen and 4G capability.

As you might expect for that price though, the specs suffer to make up for its two main selling points. You’ll get a fairly unimpressive  1024 x 768 IPS screen powered by the dated  Android 4.3 Jelly Bean OS. Archos’ quad-core A7 processor paired with an Adreno 305 will be backed by 1GB of RAM: if previous efforts are anything to go by then expect it to be fairly underpowered.

It also comes with a disappointing 8GB of storage and a rear camera that only offers five megapixels-worth of clarity. Still, at that price you’re clearly paying for the large screen and the 4G – everything else is secondary. A release date is yet to be announced.

What do you think? Should Archos continue to churn out cheaper tablets that end up disappointingly weak, or should they focus on cracking the high-end market with a truly first-class flagship?

More Stories
Candy Crush Saga turned over almost as much as every single Nintendo game in 2013
Earlier this month we reported that GungHo Online’s mobile sensation Puzzle & Dragons was the first mobile game to gross more than $1 billion in turnover. If you thought that was impressive, get ready to throw up in your mouth just a bit when you hear what commuter/bored housewife favourite Candy Crush Saga made in […]
News - Callum Tennent
Record labels say Shazam can predict the next big pop hit
Record labels are increasingly looking to data from mobile app Shazam to predict what the next hit song will be. Every time one of Shazam’s 88 million users IDs a song on their phone, record labels receive another chunk of crucial information to determine the next big hit. Far from just a resource to identify […]
News - Saqib Shah
Steve Jobs to appear on US postage stamp
Steve Jobs is set to appear on a limited edition postage stamp in the US next year. According to the Washington Post, Jobs and a number of other famous personalities – including Elvis Presley and former Tonight Show host Johnny Carson – are set to appear on stamps in 2015. As other commentators have noticed, […]
News - Saqib Shah
ICYMI 20/02/14: Facebook buys WhatsApp, the world’s thinnest smartphone & Kazam’s new smartphone ranges
Today’s video looks at Facebook’s whopping $19bn purchase of the WhatsApp messaging service, Gionee’s Elife S5.5 as the world’s thinnest smartphone, and British manufacturers Kazam’s three new smartphone ranges.
News - Callum Tennent