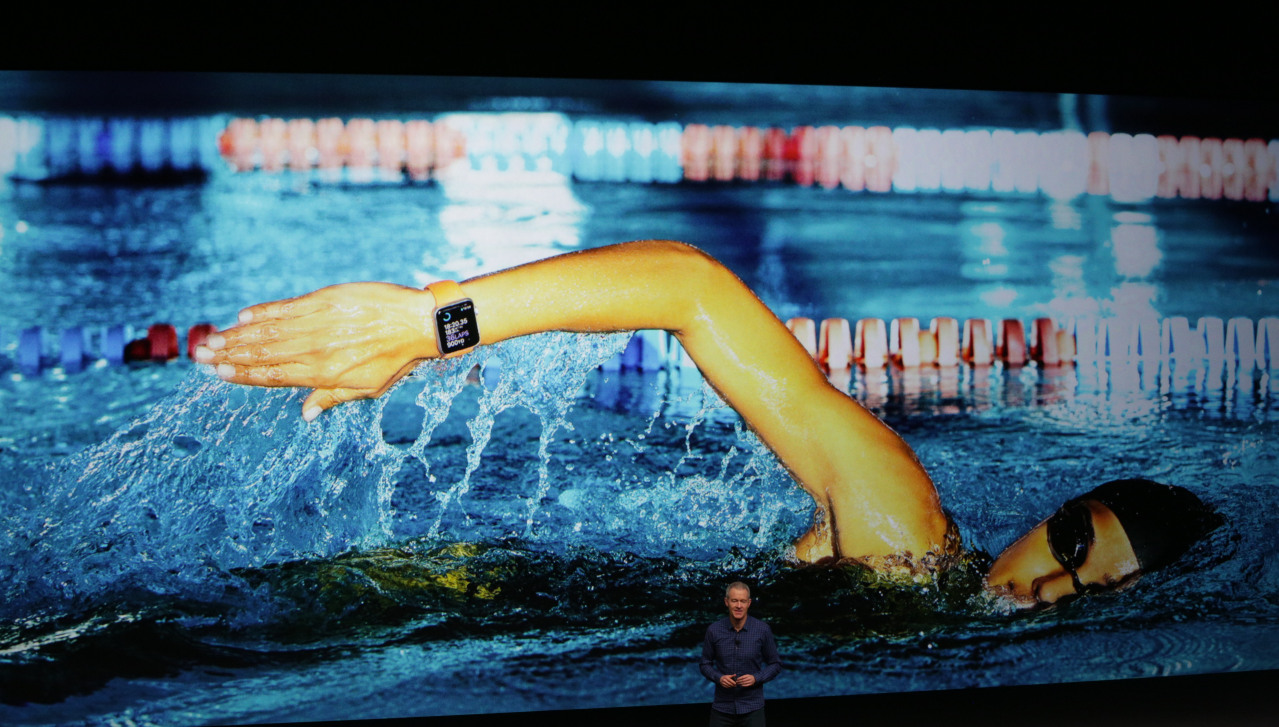 Warming up the crowd at the Apple Special Event is the announcement of the Apple Watch Series 2, a wearable that caters massively to swim fans.

As expected Apple has announced the second iteration of the Apple Watch, the Apple Watch Series 2. The first Apple Watch was splash-proof as pointed out by CEO Tim Cook. Series 2 takes thing to another level offering full water-resistance, capable of handling depths up to 50 metres. It’s designed with those that want to have a swim every day in an effort to emulate Michael Phelps. The wearable was subjected to a swimming simulation, constantly submerged in water for 24 hours a day to test its durability, by Apple.

Built-in GPS debuts for the first time in an Apple Watch, making it even more appealing to fitness crazy iOS fans. By having a GPS chip the device can map runs and hikes without the need for an iPhone. However doing so will mean no notifications as Apple has understandingly not included mobile data capabilities, a move perhaps to save on the one day battery life.

Apple also announced a Nike+ Fuel edition, designed with sweaty arms in mind. The original Apple watch will be rebranded a Series 1 and will be upgraded to with the S2 dual-core processor in Series 2. It will retail starting at $269.

The standard aluminium Series 2 will retail in North America for $369, September 19th. The Nike+ Fuel edition will retail for the same price but will see a release in late October. Pre-orders start September 9th.