Real talk – should you make apps for Android or iOS first? 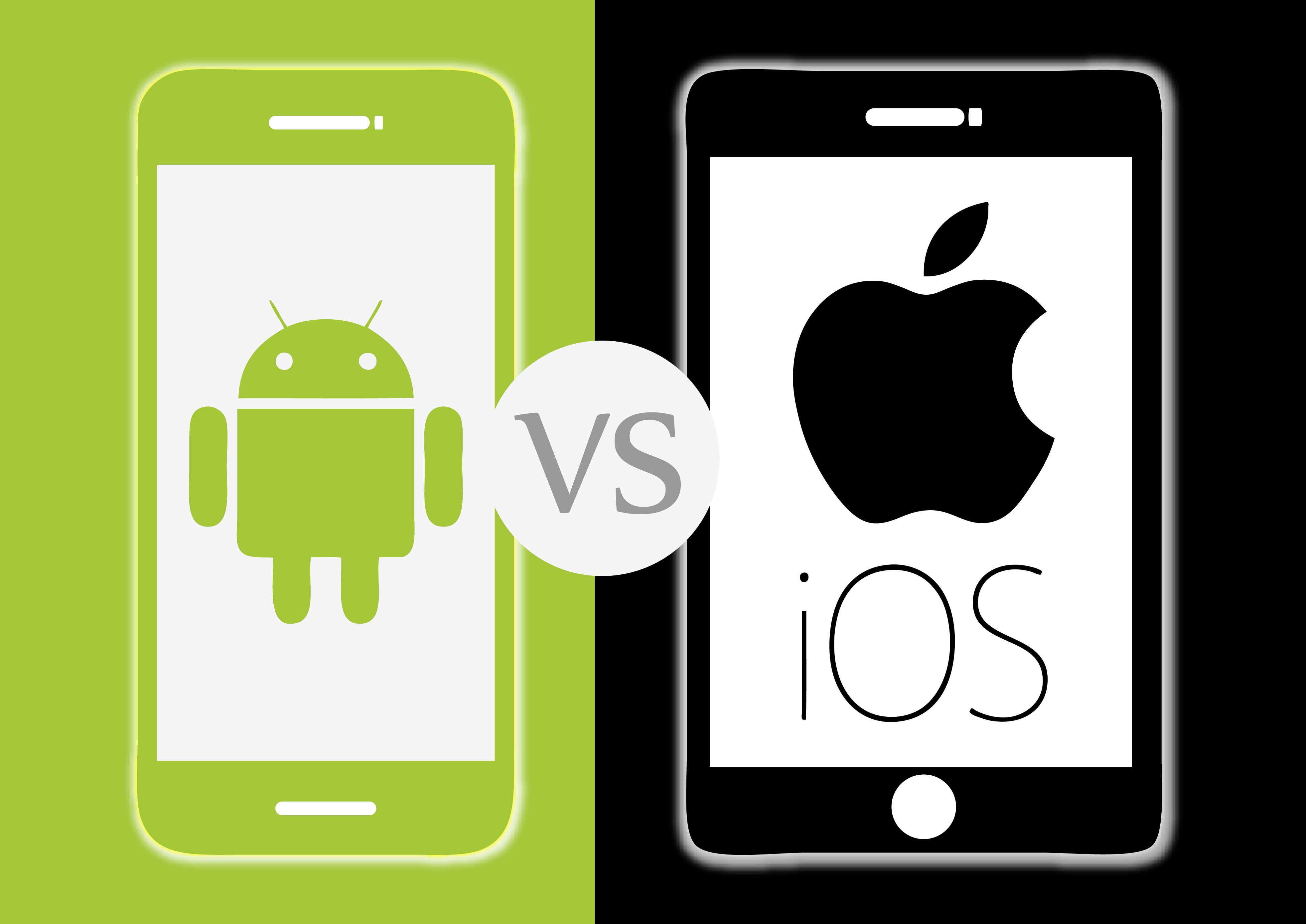 So, here’s the deal: you’ve created your own photography startup which allows you, as well as other users, to put their expensive gear into the system and track it wherever they are. Any professional photographer with a gear that’s worth tens of thousands of dollars can find real worth in such a startup.

The next step along this journey is to create a smartphone app. And here’s where you’re hitting the dead-end: sure, why just limit yourself by choosing either Android or iOS? Why not take both and build apps for both platforms? Well, while this definitely is a sustainable goal in the long run, the same cannot be said for immediate effects.

Building an app for both Android and iOS is incredibly expensive, as well as risky. If the app doesn’t work, it fails for both systems and your nice little startup receives a terrible blow. That’s why the majority of app developers opt for just one platform and only when their app is well-established, they turn to the other platform.

But which one should be your first choice? In this article, we’ll examine this issue against three different factors:

Without further ado, let’s get right into it.

How quick can you make an app?

One of the first things you need to consider is what steps you have to take and how fast you will be able to create an app. Therefore, the question goes like this: is it faster to make an app for iOS or Android?

Currently, iOS offers a much simpler and easier programming code, Swift. It doesn’t require an awful lot of coding knowledge and can be a great way to turn your platform into an app. Contrary to that, Android programmers use Java, which is far more complicated and takes more time to complete.

Another main reason why iOS might be a better choice is that it is a solid and standardized system. This means that the smartphones that are out there will definitely support your app if, granted, the device itself can be upgraded to the latest software. Android, however, contains tons of different devices ranging from Samsung and Pixel all the way to Oppo and Doogee.

Stricter rules on the App Store

However, there’s one downside to Apple’s ecosystem: since it’s a closed system, it has stricter rules and quality checks for each and every app, whereas Android is an open-source platform that accepts apps more easily.

Just half a year ago, Apple backfired at the developers by announcing that by March 3, all the HTML5 apps would be swept off the App Store if they weren’t transformed into a native language. That was pretty devastating to many developers, including many online gaming operators.

It’s quite a well-known fact that lots of casino operators were using HTML5 to turn their gambling websites into apps in a short amount of time. This, according to Apple, was both risky security-wise and detrimental to the customer experience. The directive was a serious blow to operators from all over the world.

In Germany, for instance, there was this main headline that SoftSwiss, a famous gambling software developer operating mainly in Central Europe, acquired Red Tiger casino games which, then, were supposed to be added to the Spinia Germany platform, also known as Spinia Deutschland, in the App Store.

But when the news about this directive and the deadlines approaching, Spinia Deutschland received a terrible blow. Yet the developer was still very enthusiastic about incorporating these games into its platform, making them accessible to the iOS users without avoiding Apple’s directives.

Now, while Apple conceded to the pressure from many important players of the market and extended the initial deadline to March 3, the directive itself wasn’t changed. From March 3, there aren’t HTML5 apps on the App Store, either gambling or any other sort.

Which platform has a bigger audience?

The next important aspect you have to think about is whom you’re targeting with your app. There are lots of different statistics about the different demographics of iOS and Android platforms.

For example, the overall smartphone market is dominated by Android devices, however, people are more willing to pay for apps in the App Store. These statistics can be very helpful in helping you decide which platform is best for you.

As a rule of thumb, if your goal is to reach the global market, with third-world and emerging countries, then Android would be a better option. However, if your target is Western Europe, North America, or Australia, or if your prospective user base tends to have a higher average income, then you should go for iOS.

Finally, let’s talk about features and maintenance. Being an open-source platform, Android allows developers to throw in more functionality into their apps. Therefore, the customizability is far higher on Android than on iOS. On the other hand, Apple is a more secure system and does a pretty good job of preventing app privacy.

As for the maintenance, iOS is a clear winner here: the main solution for having your app polished and ready-to-go all the time is to have the latest software on the device. And according to the studies, more than 50% of Android users don’t even update their phones and stay on a 2-year-old version. iOS users, on the other hand, are more prone to updating their devices.

So, the bottom line of all this is that you have to make sure that any of the aspects mentioned above correspond to your needs and preferences. Only then you should choose a platform for your first smartphone app. 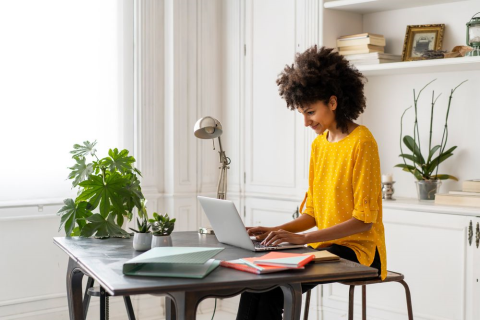 Tech to make working from home a happier and healthier experience
With the majority of us now working remotely we’ve rounded up some tech to make the home office more bearable. Whether it’s creating the optimal desk set up to help with productivity or suggestions of things to do during regular breaks to help keep you energised and focussed, these tools should be considered. Twelve South […]
General - What Mobile 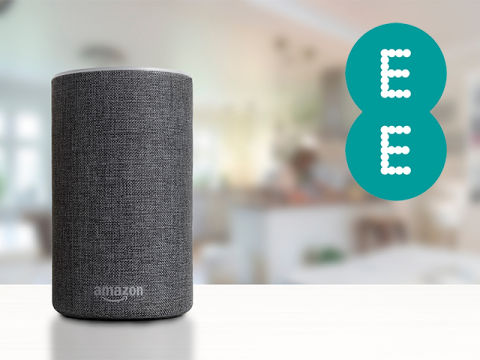 EE and Amazon partnership enables Alexa calling for its customers
Customers can now make and receive calls from their Alexa devices EE has joined forces with Amazon to allow pay monthly customers to make and receive calls hands-free on Alexa devices. The feature had previously been reserved for Vodafone RED customers and was rolled out to audiences in the UK last summer. EE customers’ smartphone […]
General - What Mobile

FREE VPN FOR BRITONS STAYING AT HOME
New RingVPN to be made available for free for 90-days to help Britons at home during coronavirus outbreak. In the past 24-hours the online security firm has received over 5,000 enquiries from the public about how a VPN can help with an extended period working and staying at home. Common enquiries include how to use […]
General - What Mobile 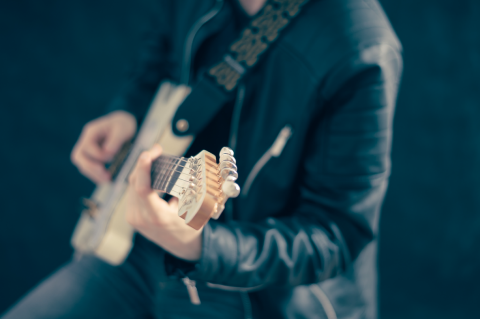 LIST OF GUITAR GIFT IDEAS AND PRESENTS FOR MUSICIANS
Guitarists are one of the band’s most influential members. They make much of the songs of the band more frequently. Guitar players push and mould the universe of folk music, whether in a band or by themselves. You may ask what are the best presents for guitar-players when you decide to impress the musician with […]
General - Danny Goulart