What’s with the hold up in mobile NFC payment options? 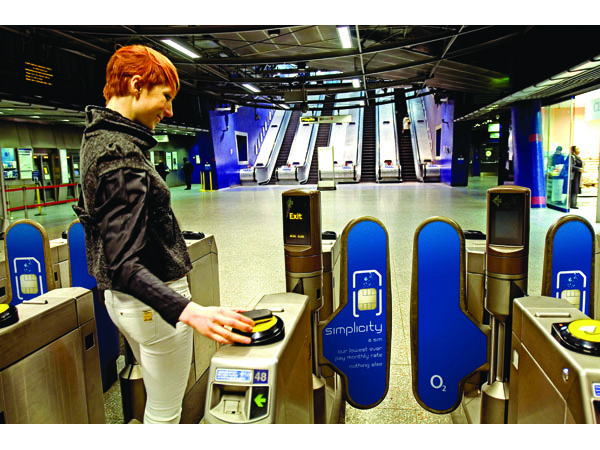 There’s been much talk of the possibilities of using NFC to pay for things in-store, but there seems to be a general lack of options available.

So what’s the hold up?

This may be because the in-store, physical kind of mobile payment is not yet widespread. Many of the mobile payment solutions What Mobile looked into either had a narrow purview or were due to launch in the United Kingdom soon.

Ovum principal analyst Eden Zoller said there was a lot of push from the supply side of mobile payments and not much demand from a retailer and consumer perspective, even in other countries. There were a lot of offerings on the market which was doubly confusing for merchants, since they didn’t know which would be the best investment decision.

Such offerings included a proposition from Everything Everywhere and Mastercard (yet to be available), iZettle and other merchant acceptance solutions, O2 Wallet, and an in-house mobile wallet trial with Vodafone, and merchants could be almost overlooked in the excitement from suppliers.

“So a lot of mobile payment solutions coming onto the market, quite confusing because they’re all sort of doing slightly different things or using different enabling technologies.”

One of the main reasons mobile payments was not now a common payment method was a lack of consumer demand, Zoller said. Ovum conducted a consumer survey of 15 markets and more than 15,000 consumers including 1000 in the UK which showed that mobile payments related activity was low down on the list of what people used their smartphones for; a lot of people were not really aware that they could pay for services using their mobile phone, including shopping online and paying in stores.

Another issue from the consumer perspective was concerns about security, Zoller said, where there was a perception, albeit not necessarily true, that mobile payments were not secure. However the second biggest barrier for consumers was the belief that mobile payments did not provide any further convenience or additional benefit above the existing payment methods.

“Having a single operator providing a payment service is well and good but if you’re a retailer and consumer, or more a retailer, you want to be able to accept a payment from a consumer regardless of the mobile network that they’re attached to.”

One such instance of operator collaboration is Weve, a joint venture between Vodafone, O2 and Everything Everywhere, formed to address mobile marketing and wallets in the UK by allowing third parties, such as advertisers, banks or retailers, to do one deal and one piece of technical integration to offer services to mobile customers no matter which network they were on, director Tony Moretta said.

Weve planned to make announcements surrounding mobile wallets in the coming months and was in talks currently with banks and card issuers, with implementation expected next year, Moretta said.

While there were many online shopping and payments solutions on offer, there had been very little availability to consumers in the UK for physical, NFC-style payment options for three reasons, Moretta said.

One was the technical complexity involved in making such offerings work across all different operators, phones and operating systems. Moretta said Weve had overcome this by storing credit or debit card details on the SIM card within a person’s phone, which was the common factor in all handsets. If the device were lost, the consumer could ring their operator to have them disable the SIM.

A second issue was that everyone wanted to own and brand the mobile wallet, meaning consumers had to use separate wallets for separate institutions. Weve was focusing on debit cards to achieve mass market and working with banks to allow consumers to set up cards within banking apps, which could be a natural first step in that consumers already trusted the banks with their details. Later, a consumer might decide to move onto using an operator’s wallet, which would allow different kinds of cards to be stored, Moretta said.

“I think it will give consumers choice, just as you have a choice as a consumer with things like which messaging services you use on your handset.”

Another issue was a doubt about the business case when it came to consumer desire but Moretta believed the industry had fallen behind the consumer in this respect, in that consumers wanted to make payments with their mobile phones.

“I think the industry has fallen behind because of arguments over who owns the consumer, what the technical implementaion is and that’s one of the main reasons Weve was formed to simplify that process.”

Visa Europe mobile strategic alliances head of marketing Jon White said the foundations for everyday use of mobile contactless payments were quickly falling into place across Europe ‘ there were almost 60 million contactless cards across Europe, with 800,000 contactless point of sale terminals, and 46 per cent growth in contactless transations from December to March.

“A number of these transactions have involved a mobile payments service being enabled by Visa ‘ at the current time there are 39 Visa mobile contactless payment projects live across Europe, with an incredibly strong pipeline of upcoming projects. In the UK, for example, NatWest’s TouchPay offering is already live.”

Visa was working with Vodafone on its Smartpass service and had partnered with Samsung to speed up mobile payment development for its member banks, with PayWave loaded onto NFC-enabled Samsung devices, White said.

Visa predicted therefore that 50 per cent of its transactions by 2020 would be made from a mobile device. However widespread use was about partnerships, he said.

“The creation of a new ecosystem involves working with members and partners, installing terminals in retailers and educating consumers.”

James Baggott from MasterCard’s market development mobile and technology division said it was an exciting time for mobile payments due to the proliferation of smartphones. Mobile payments were becoming more common, with Mastercard seeing a dramatic increase of contactless payment transactions and pointed towards the extension of contactless payment options, including mobile phones, on the entire Transport for London network at the end of this year.

“I think we’re at a very exciting point now where consumers are starting to see the benefit of contactless payments, they’ve got the mobile devices in their hands and the number of consumers adopting these payment technologies is increasing.”

Mobile payments needed to be simple, convenient and easily accessible for consumers to take up the technology en masse, Baggott said. There were a number of groups coming together to make it work, including retailers, banks, mobile networks and handset manufacturers.

“They really need to work together to make sure this is accessible and standardised, and we’re definitely getting to that point, Mastercard are working with these companies to make sure we’re building together a trusted, easy secure platform for consumers to use.”

Once this was in place, mobile payments would take off, he said.

Mastercard had announced the launch of Masterpass earlier this year, which allowed consumers to store payment and shipping details, as well as loyalty cards and the like, on their mobile devices, to take the complexity out of online shopping, he said.

This service is still in the beta or testing phase in the UK.

What ho, the future?

Mastercard was looking to address the needs of the 40 per cent of smartphone owners who said using their device was the most important way to access the Internet, and the 57 per cent who used their smartphone to shop, Baggott said.

One in four card holders didn’t reach check out when paying online, so Mastercard was looking to help retailers and consumers bring this process together and drive sales online.

Zoller said the short to medium prospects for NFC were conservative, since while it was a good enabling technology with good security, the install base was still fairly low despite shipments of NFC-enabled devices increasing.

“That’s going to take a while to build up and even if people have NFC enabled smartphones it really doesn’t necessarily mean they’re aware of let alone using the NFC capabilities for payments.”

Merchants meanwhile had a ‘chicken and egg’ scenario where they did not see the return in upgrading point of sale equipment to support NFC if no one was going to use it.

However there were other mobile payment technologies such as mobile wallets or web based payments which were making good progress, since anyone with decent mobile browser capabilities could use them, which was most smartphones these days, she said.

“I think ultimately it’s good to have a mix of enabling technologies, the more ways you enable people to pay for things the better.”

Weve believed NFC availability to consumers would improve, where more devices would ship with the functionality, more compatible SIMs would be issued and operators, banks and possibly retailers would offer consumers the ability to load their cards onto the phone.

The future of payments was about having one way to pay, wherever you were, whatever device you used, White said.

“It means a tailored combination of e-commerce, contactless, cloud and mobile services to reflect the needs of consumers, banks and retailers.

Visa expected the addition of services which offered consumers choice in making payments, such as Visa Personal Payments, in 2013 and beyond would place mobile at the heart of the payments experience, White said. 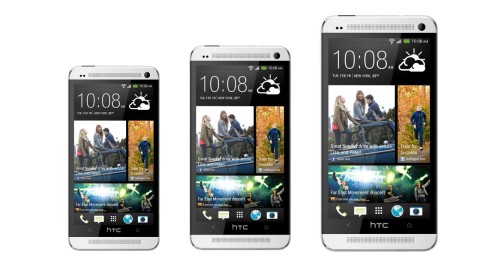 Opinion: Why phablets will/should never catch on
I’ve been on this planet 23 years. In that time I’ve seen the rise of the internet, mobile phones, iPods, Harry Potter, smartphones, tablets and mini tablets. You might think I’d have learned not to use the phrase ‘that will never catch on’ by now, but you’d be wrong. I say this, because I look […]
Features - Jamie Feltham 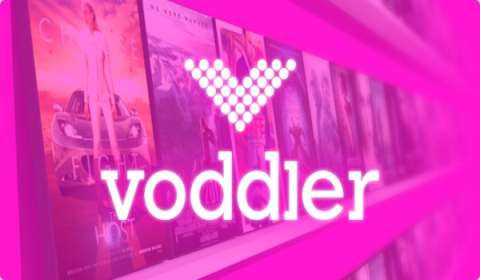 How to solve a problem like Netflix, and other movie streaming services
Here in the UK if you want to stream your movies and TV shows, you have plenty of services to choose from — Netflix, LOVEFiLM, Now TV and Blinkbox. They all offer different experiences, whether it comes to the underlying technology that powers them or the content they offer. Yesterday I saw that Netflix is […]
Features - Jordan O'Brien 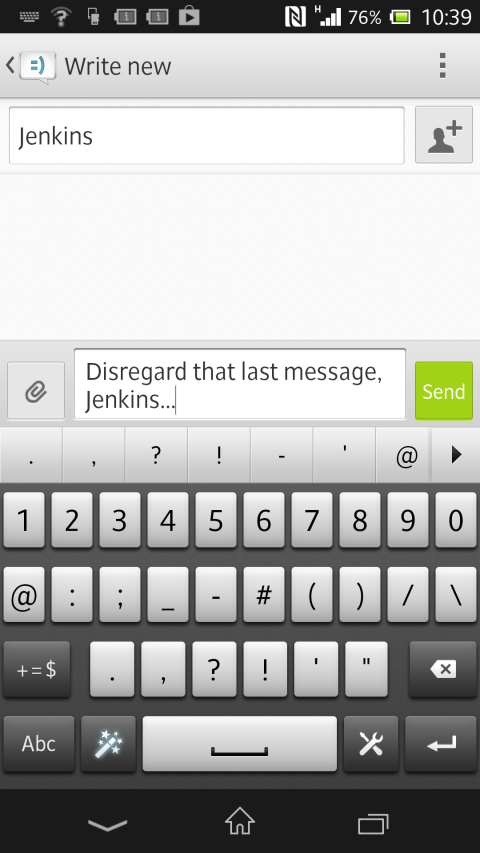 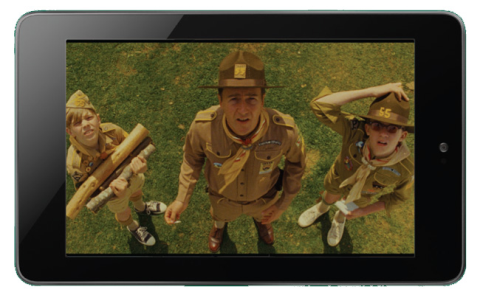