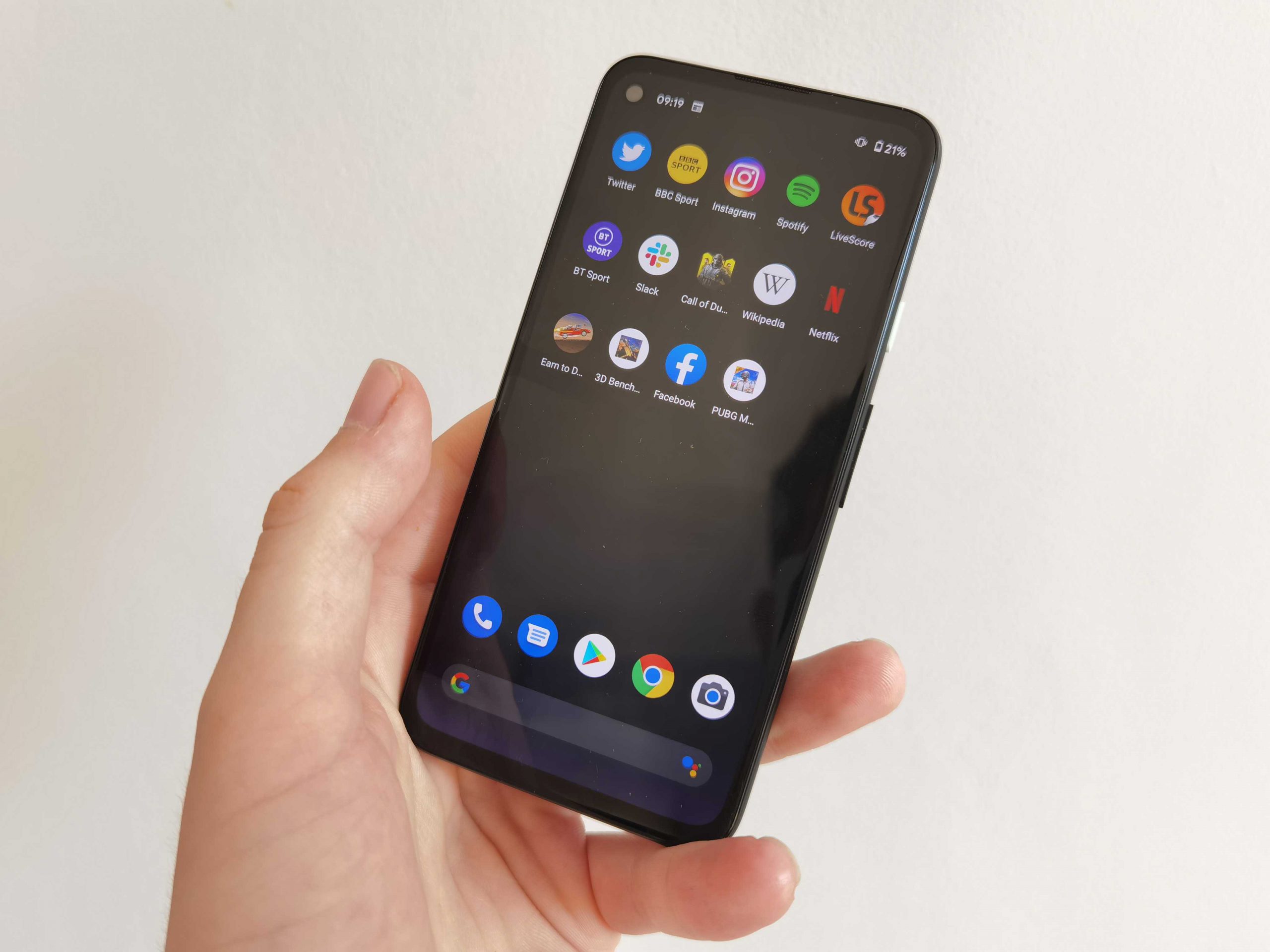 As either a Pixel 3a sequel or a mid-range Pixel 4, this phone delivers the goods – 4/5

It’s safe to say that the Google Pixel 4 was not a universally beloved device. There were issues with the lack of an ultra-wide lens, the baseline 64GB storage with no capability to expand it, the small battery, and the Motion Sense technology that invited us to make a lot of sweeping hand motions for precious little reward.

The Pixel 4 was not without its strengths. The new design philosophy meant it was quite a looker, the camera that we did get was best in class, and the face unlock/authentication was seamless. Given that Google itself is responsible for Android, the overall user experience was also very smooth. Additionally, some of the issues, such as a 60Hz refresh rate at under 75 per cent brightness and the fact that facial unlock worked even with closed eyes, were eventually fixed through patches.

Google’s Pixel phones aren’t massive volume drivers for the company; the Pixel 4 was clearly an attempt to push its Motion Sense and recording tech, at the alarming expense of some flagship fundamentals such as good battery and fingerprint unlocking.

After Google dipped its toe into the mid-range waters with the Pixel 3a last year, it’s continuing a drive into the space with the Pixel 4. With pre-orders starting in September, 16 months after the Pixel 3a was launched (and two months after Google discontinued it entirely), it’s likely that coronavirus has delayed the launch of this device a bit. By the time it’s launched, we probably won’t be far off from a Pixel 5.

In reviewing the Pixel 4a, we can look at it in two ways – either as a sequel to the 3a, or as a cheaper version of the 4 that comes with various caveats that enable that lower pricing. The good news is the phone comes out favourably in both of these scenarios. It improves on the battery life of both of those phones, retains the overall design language of the Pixel 4, and starts at a cheaper price than the 3a did. Crucially, it also packs more storage in than the 4 does.

The Pixel 4a takes its design cues partly from the 3a and partly from the 4. To look at the device is to see a smaller version of the 4 – on the back, it’s got the square camera in the top-left corner, and the volume rockers and power button are halfway up the right side, with the power button coloured differently to the main body of the phone. Like its latest flagships, there’s no two-tone colour design that you get on the Pixel 3 – it only comes in Just Black. 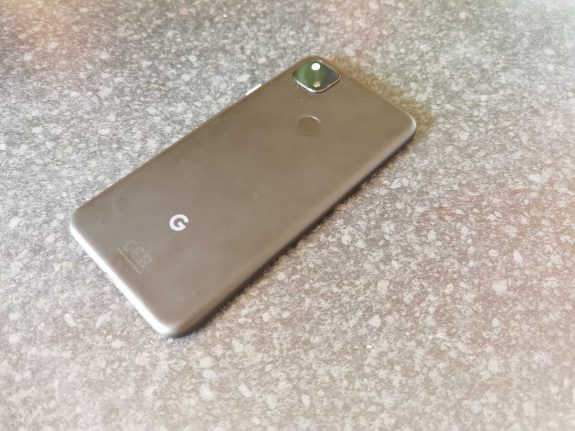 To feel the device, meanwhile, is to recall the same material that houses the 3a. The exterior is plastic, instead of matte or glass, part of the trade-off that gets you a cheaper phone. It’s very noticeable when you’re holding the device, but it feels grippy, and makes it lighter as well. Combined with the smaller size, this makes the device a treat to handle one-handed. 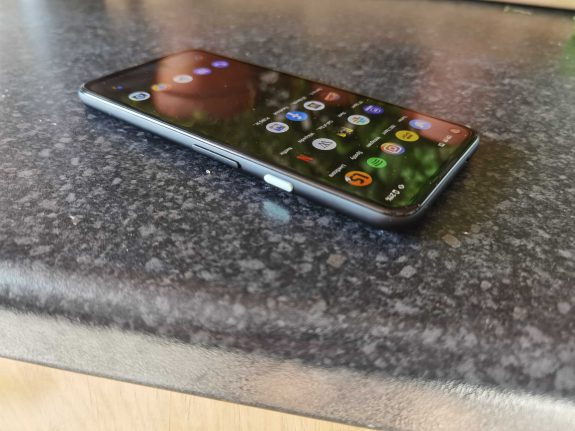 Like the 3a, the fingerprint sensor (a welcome return after its absence in the Pixel 4) rests about three-quarters of the way up the back of the phone, making it comfortable for the index finger of either hand. The always-welcome headphone jack is placed on the top left.

Where the phone pushes the boat out (for Google, at least) is in the selfie camera placement. Google has done away with both notch and bezel, instead using the punch-hole style in the top left of the phone. Punch-hole cameras have grown in ubiquity in the past year, so its presence isn’t too distracting, although it is more noticeable due to the small screen size. There’s also a small grille containing a notification LED at the top of the screen.

In a couple of respects, the 4a actually trumps the 4. It has 128GB internal storage, compared to the 4’s 64GB. The lack of space for a microSD card is still here, but is at least more understandable than it was when it concerned a flagship. Unfortunately, Google has not reinstated unlimited original quality image storage, so it feels like the 128GB storage was a necessary insertion to placate potential customers.

The 4a ditches any sort of facial recognition technology for the fingerprint sensor, which works pretty perfectly.

In terms of battery, the 4a is packing a 3,140mAh cell. This size provokes a series of reactions. It’s nice that this is larger than the battery in the 4, but given that the 4 only had a 2,800mAh battery, this isn’t that big of an ask, and 3,150mAh is still on the low end for a mid-range device (just look at OnePlus Nord with 4,115mAh or, to give an outstanding example, the Xiaomi Redmi Note 9 Pro with 5,020mAh). That’s not to mention that with 6GB RAM, the 4a is a power-hungry device.

This leads to a mixed experience overall. Battery life is enough to last through a day of regular usage, and the processor allows for continuous smooth performance, including in the latest online games, which it renders at the highest possible settings. Additionally, the smaller battery means the phone is more appropriately sized for its price. The Redmi Note 9 Pro may get you through two days, but it is a bulky beast.

At the same time, the 4a got positively hot playing Call of Duty, and battery life under the duress of an online firefight was not fantastic, losing about 10 per cent during 20 minutes of play. It fared better playing a two-hour film through headphones on full volume and brightness, taking up about 15 per cent (although I didn’t have Wi-Fi or data on in the background, which would undoubtedly increase consumption).

Charging is 18W fast charging, as with the Pixel 4, though there’s no wireless charging, another understandable omission. It’s solid; a half-hour charge restored about 40 per cent power.

I am really interested in seeing how the phone performs on benchmarking apps. Unfortunately, none of the go-to apps were available for download, probably because we’re still two months away from the phone’s actual release. It’s unlikely that the makers of the benchmark apps themselves have been able to get their hands on a 4a just yet.

The Pixel 4’s Motion Sense and Active Edge features are nowhere to be seen, another trade-off for reduced price. However, you can summon Google Assistant by swiping up from either of the bottom corners of the screen, which feels very intuitive. Motion Sense as it appeared in the Pixel 4 felt very much like a proof of concept, so it’ll be interesting to see how much progress Google has made with it if it makes an appearance on the next Pixel flagship.

In camera terms, we get the same 12.2MP rear camera and 8MP front camera as in the Pixel 4, without the additional telephoto lens. Of course, these specs don’t tell the whole story, as Google beefs up its specs with software. So again, while the quality of the photos is vivid, and night mode works fantastically well, you still have to reckon with the lack of an ultra-wide angle lens, and 4K video at 30fps (which is at least more acceptable in this price range than it was for the 4). 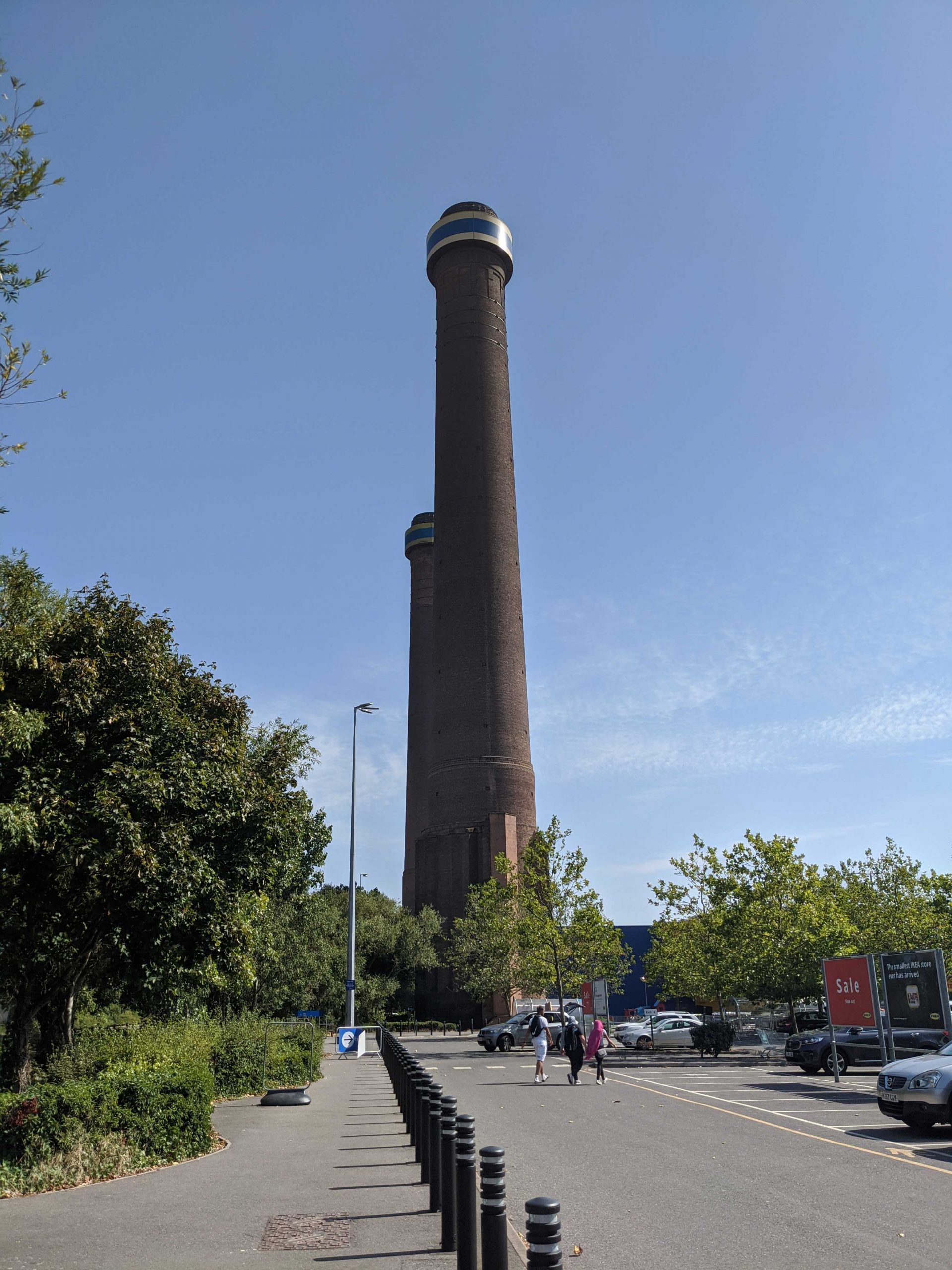 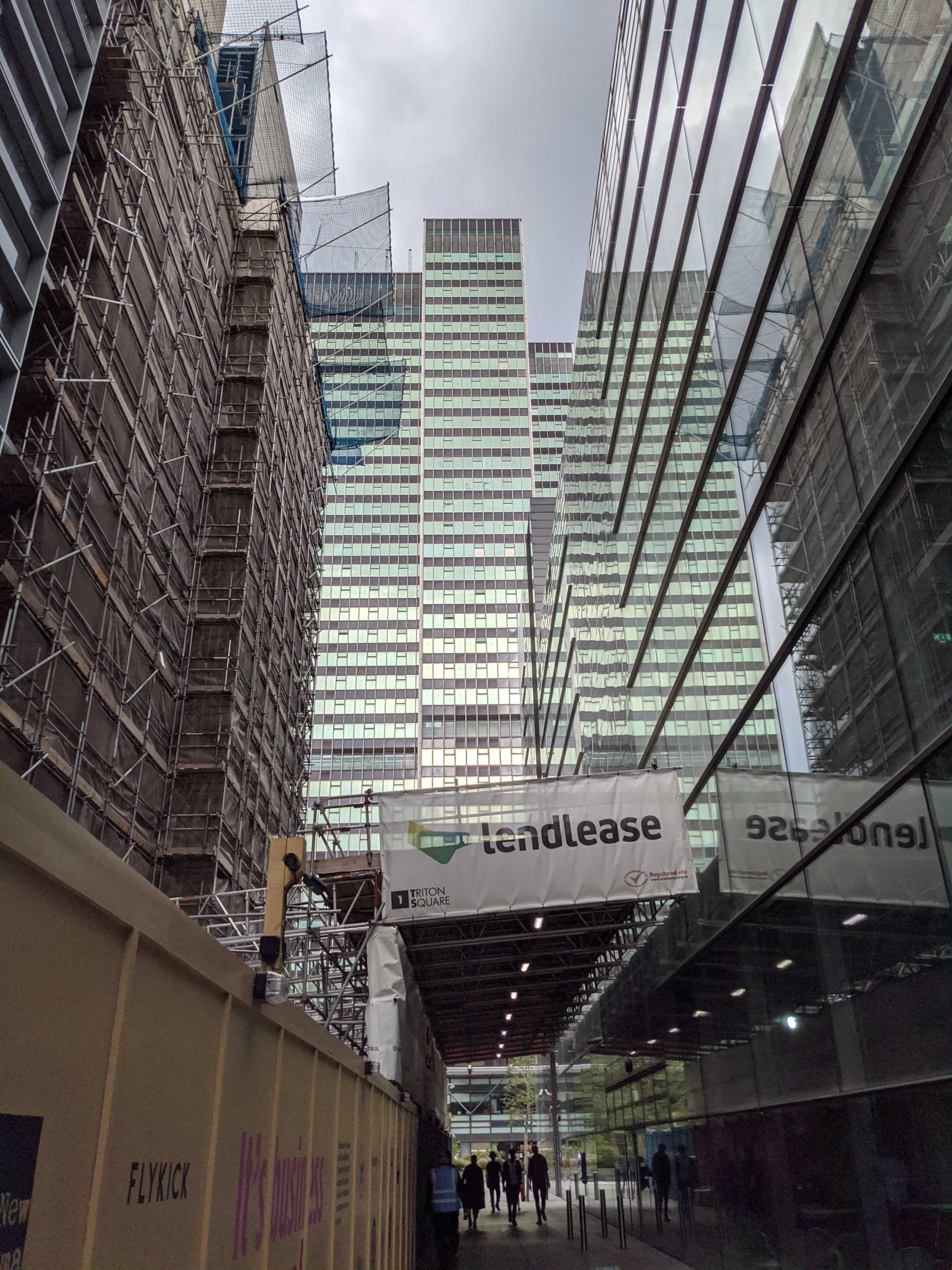 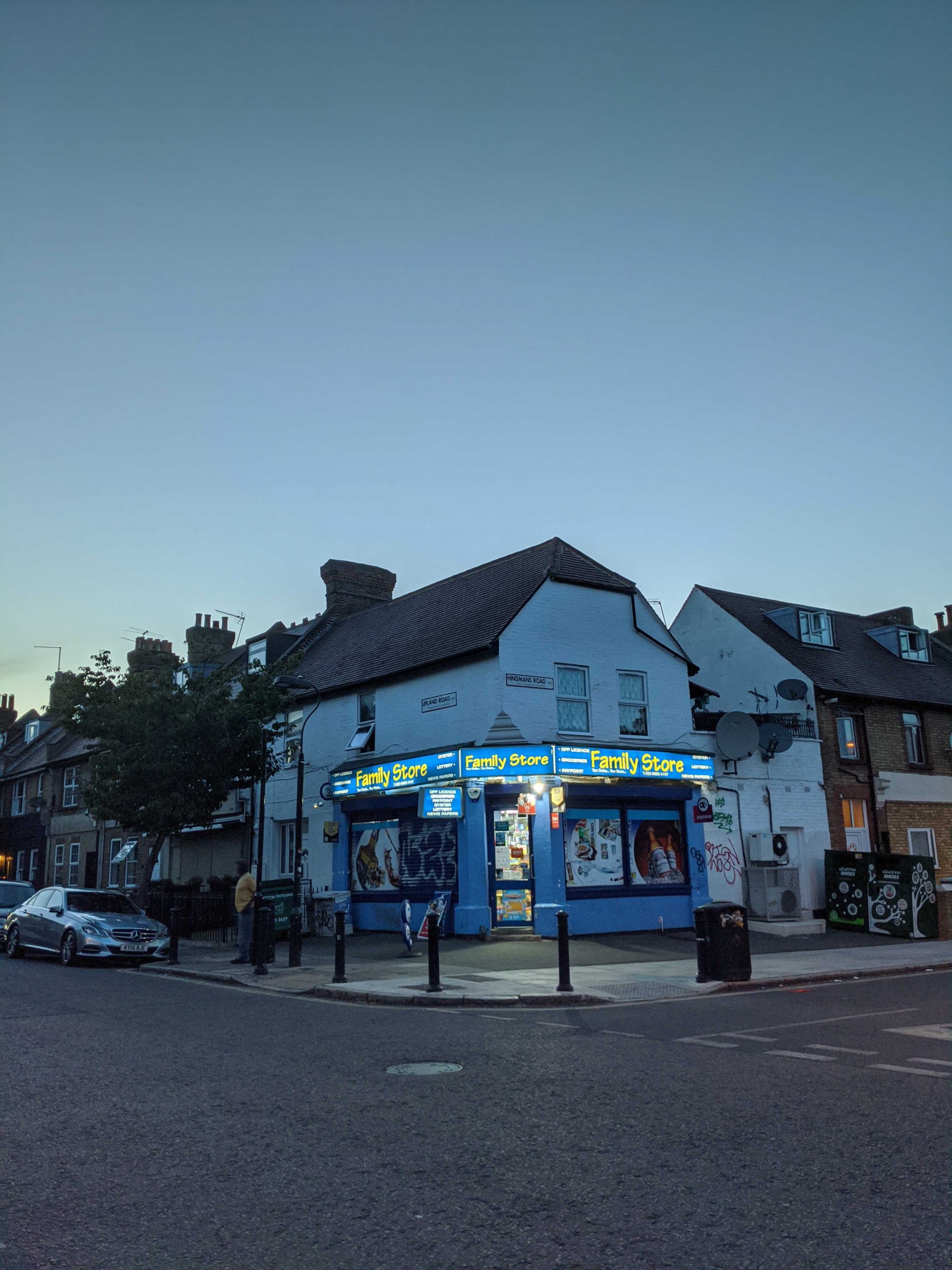 Live HDR+ provides a great way to preview images as they’re shot in the same way as it did in the Pixel 4, and Google Lens allows for all sorts of Google search and translate capabilities that competitors don’t offer. Google’s much-vaunted astrophotography mode makes a return, but will provide few opportunities for use unless you can find the time to plant yourself in a rural area on a cloudless night. 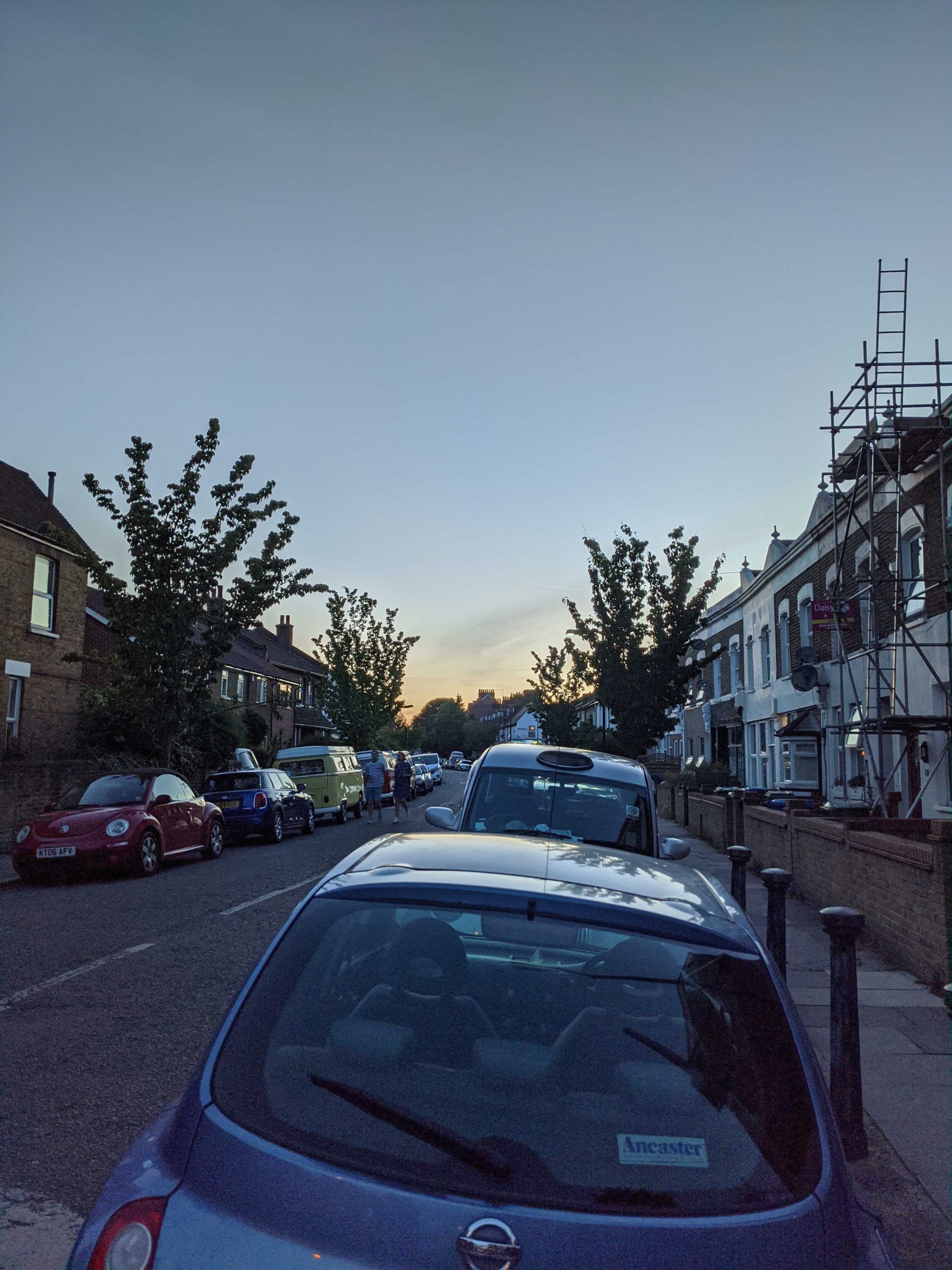 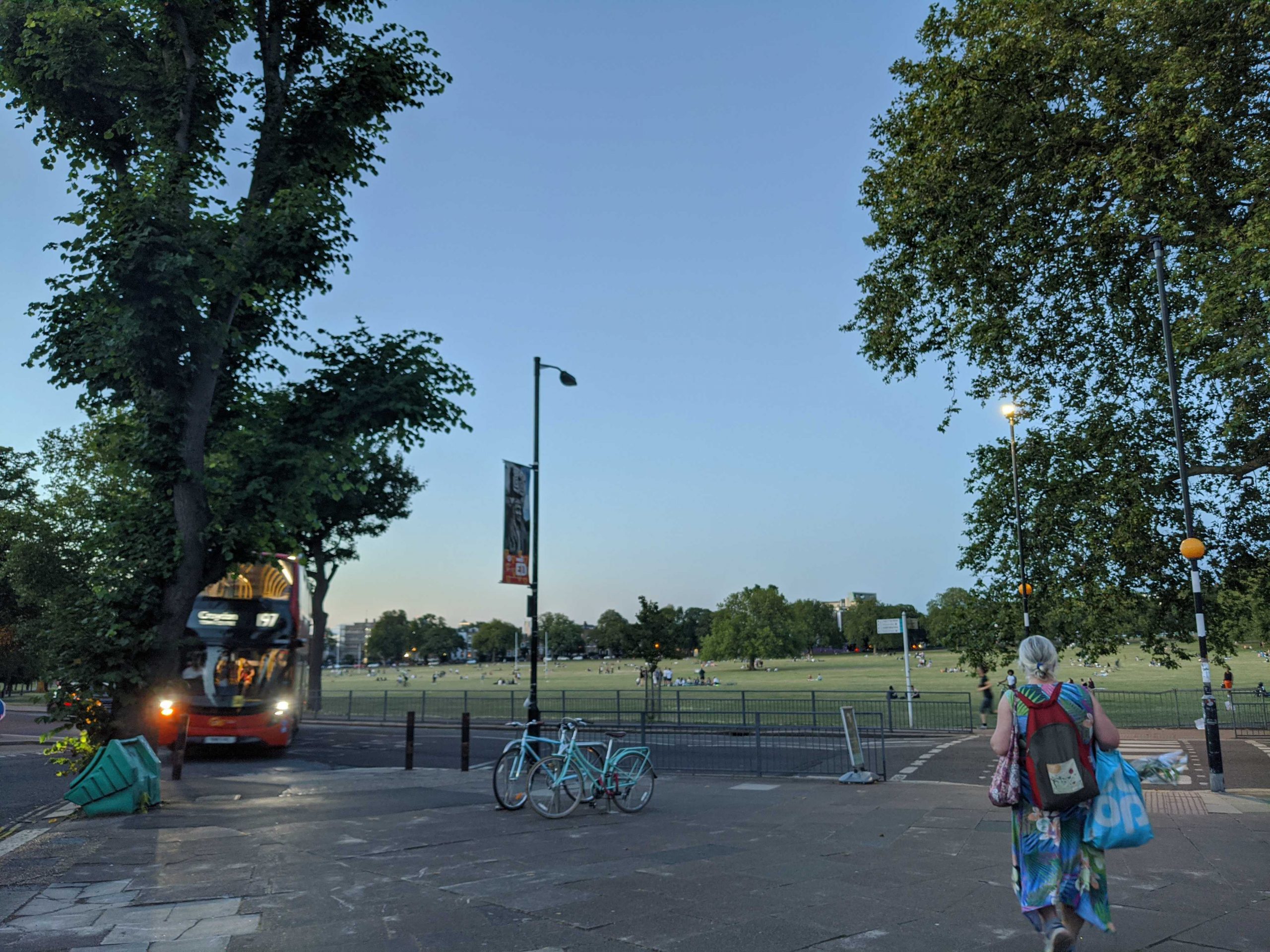 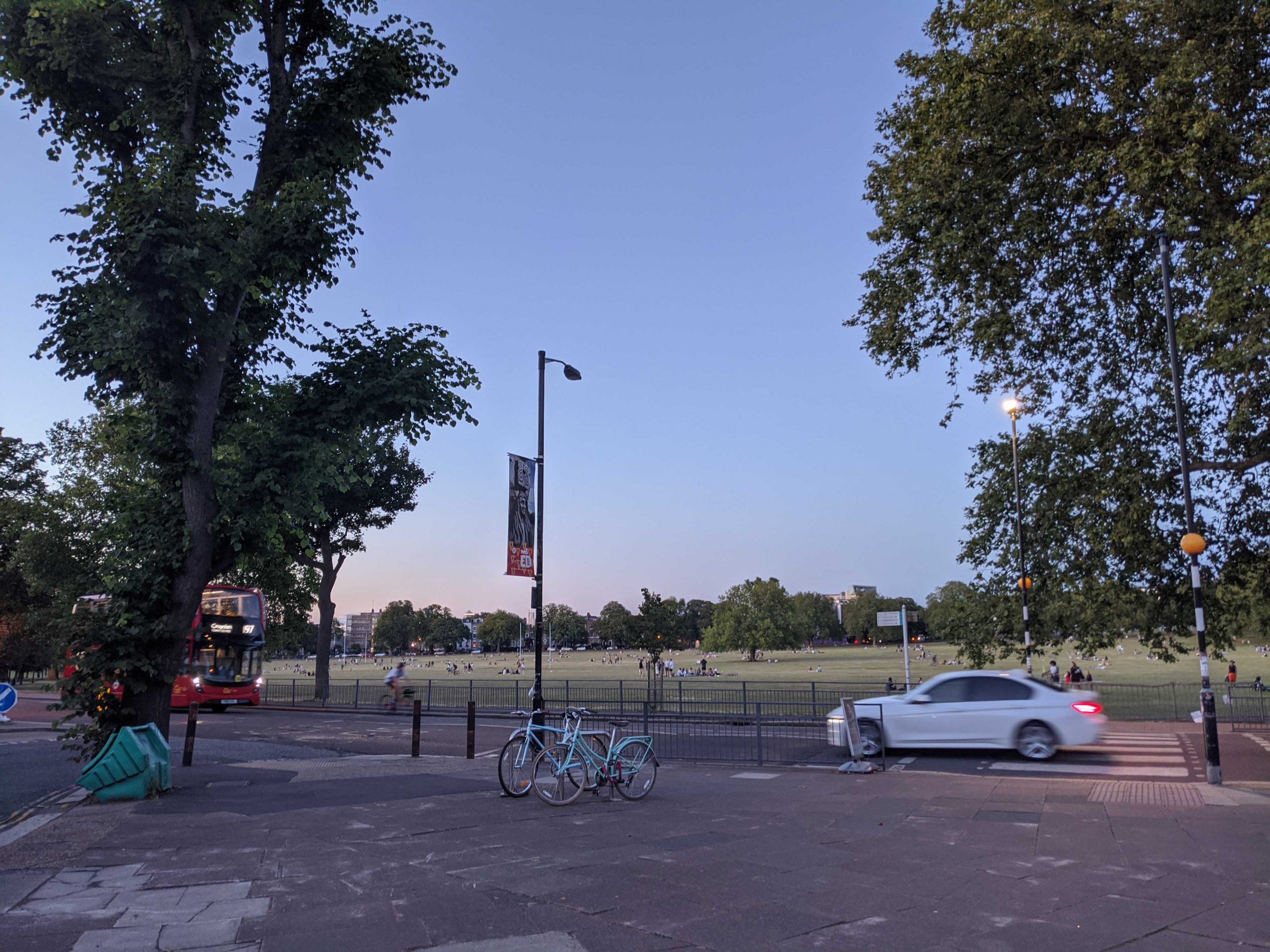 If you look at the mid-range landscape, and the amount of tech certain challengers are cramming into sub-£300 devices (5G, 5,000mAh batteries and quad-camera setups come to mind), the Pixel 4a will look like a disappointment in some respects.

For its price, it has a fairly small battery, and depending on your view its design could come across as flimsy. But it can still get through a day’s use, has a great camera, and continues Google’s penchant for a brilliant user experience.

As I wrote at the start of the review, the Pixel 4a more than holds its own both as a successor to the 3a, and as a cheaper cousin to the Pixel 4. Google has made the necessary software and hardware cuts to lessen the cost of the device, while also improving in a few areas (better battery life, regular security and software updates, return of a fingerprint scanner, increasing the storage) that will appeal to those after a mid-range device. 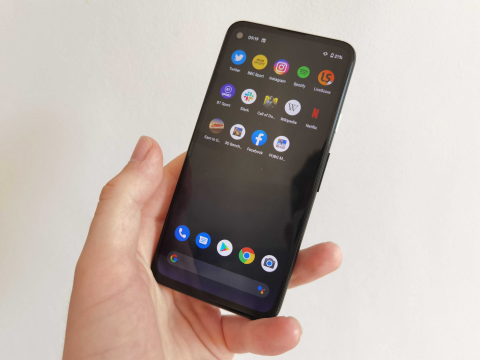 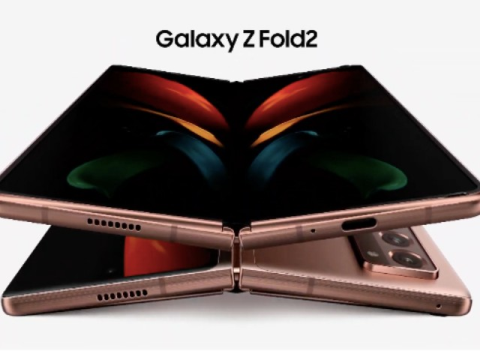 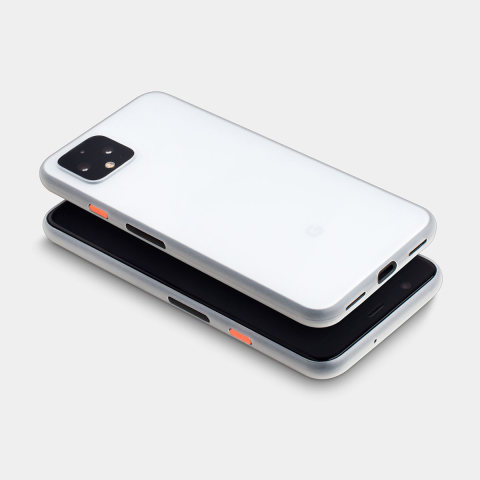 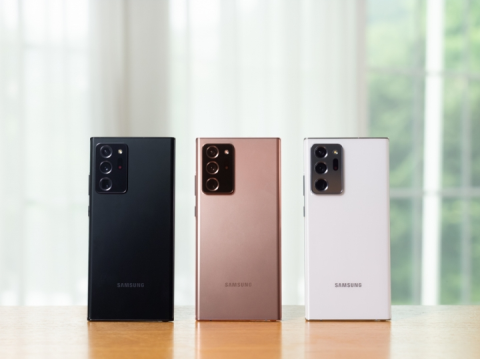