Sony Xperia XZ Review – Close but not quite 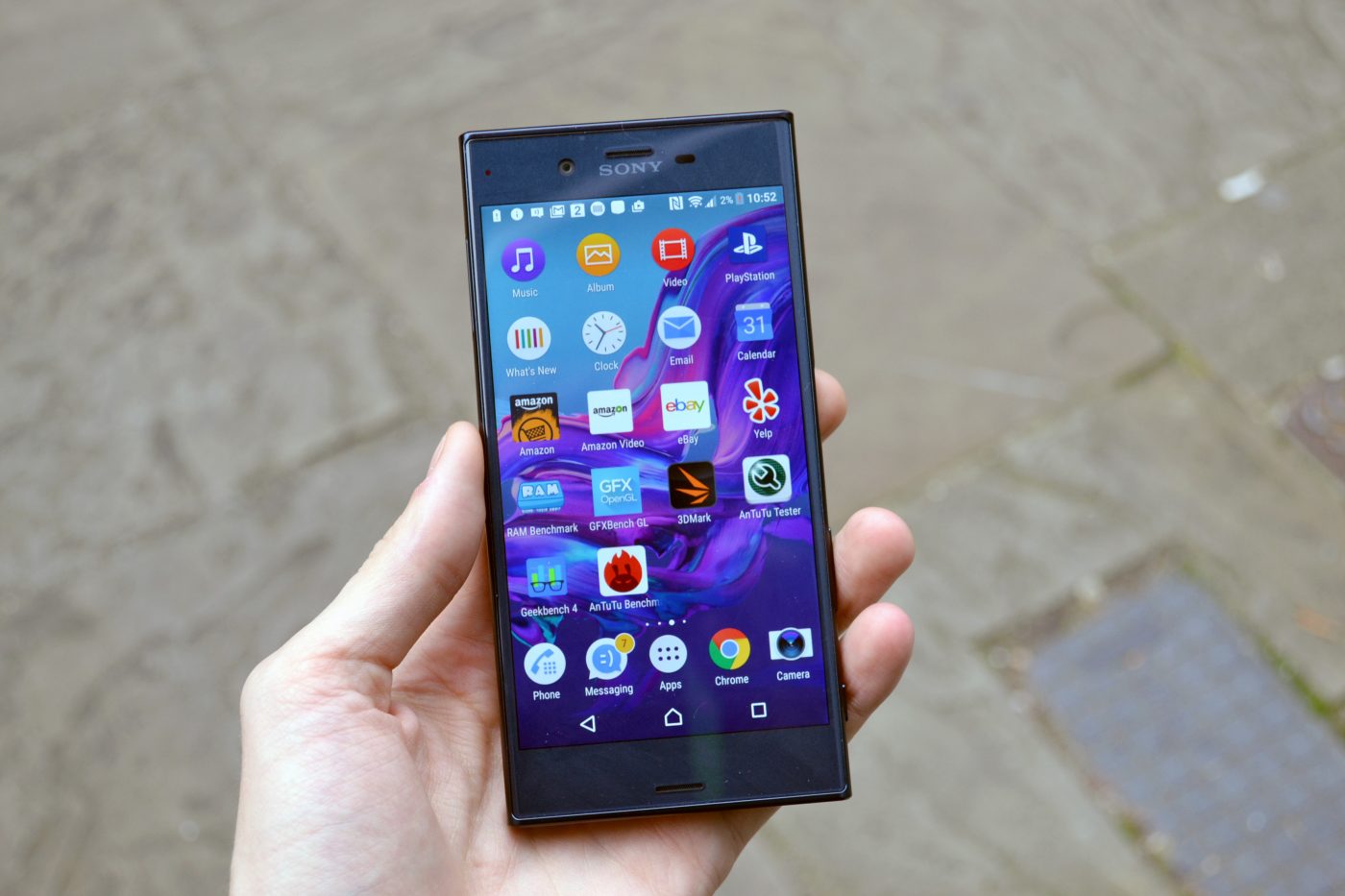 The Sony Xperia XZ aims to fix what shortcomings previous handsets have suffered in the past.

Sony smartphones are an interesting breed. They always appear very premium on first glance, until some niggling flaw rears its ugly head and nerfs the entire device. It happened with the Xperia Z5, which suffered terrible overheating issues with the Snapdragon 810 chipset. The new Sony Xperia XZ is looking to change their reputation with an improved design and powerful hardware that helps it to stand against the heavyweights. Will it come out on top? Let’s find out…

The Sony Xperia XZ is a slight departure from the designs we’ve seen in the past few years, yet it manages to feel familiar at the same time. It’s still a boxy design like the Z5 and others that preceded it but the edges have now been rounded to give it a more modern feel. This has the additional benefit of making it easier to grip in the hand and making it appear less chunky in appearance, though the XZ could hardly be called a slim phone. The monolithic appearance is still there and it hardly feels slim, despite being only 8.1mm thick. 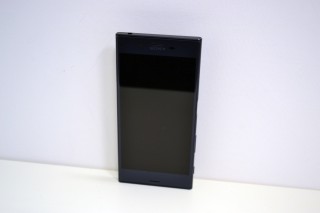 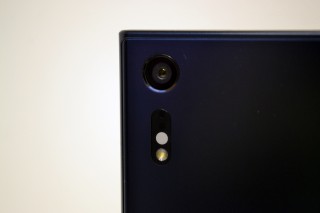 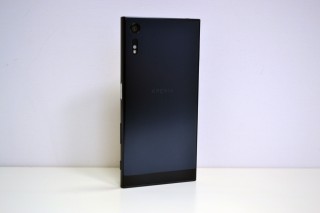 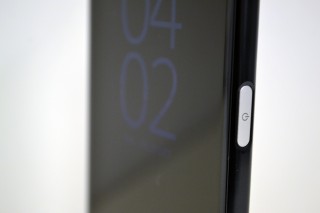 Design isn’t the only thing that Sony has changed about their latest flagship, as the materials have also undergone a revamp in the new Xperia XZ. Gone is the metal body and in its place sits a hybrid design of metal, glass and plastics. You’ve got metal on the rear, plastic on the sides and a glass front face. We’re especially happy with the first one, as putting glass on the rear of a handset always seems to be a recipe for disaster. 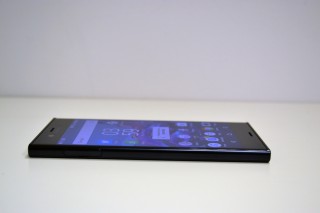 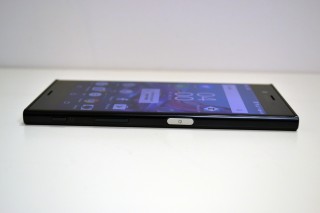 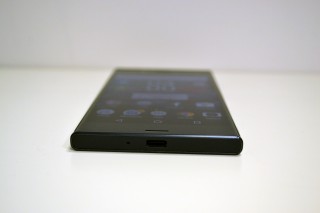 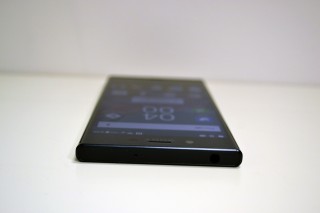 Clunkiness aside, the Sony Xperia XZ is still an attractive handset nonetheless. With the subtle refinements, Sony has crafted something that looks a lot better than previous versions. They’ve also thrown in IP68 water resistance, which we can confirm works well. After submerging it in a Tupperware box for about 10 minutes, the handset seemed absolutely fine. There seems to be some form of hydrophobic coating on the handset, as water beads off immediately.

Being a Sony device, we were expecting good results from the camera. The company single-handedly provides the best camera sensors for an array of other manufacturers, including the Google Pixel. Unfortunately, things were not quite as good as we expected. 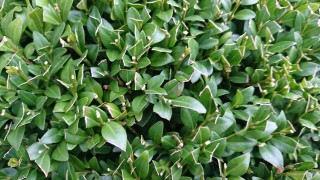 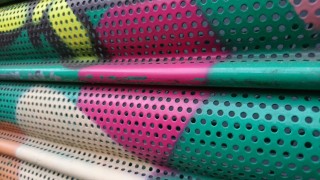 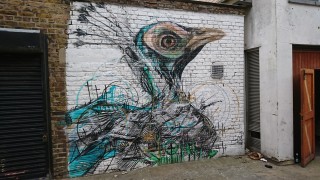 To ship a camera of this calibre without optical image stabilisation (OIS) is a bit of a sin, as the capabilities of the sensor will be lost in most conditions. Nearly all of our test images carried a subtle blur, obscuring fine detail that would otherwise remain intact. We also noticed a significant amount of sharpening on closer inspection, perhaps as a trade-off for the lack of OIS. While it did manage to retain some of the fine details, it also quite a lot of unwanted noise and edge artefacts that had the opposite effect overall. 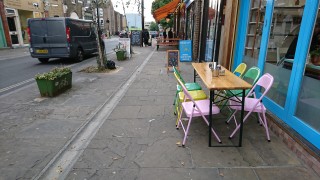 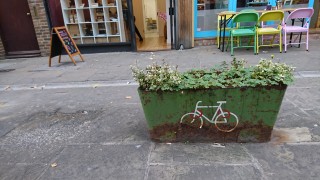 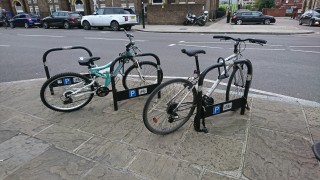 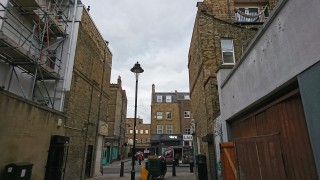 This is a shame because in other areas, the Sony Xperia XZ camera excels quite well. Low-light performance was very good despite the lack of OIS, with the sensor able to carve a good amount of light from our dimly lit room. Colour reproduction was also nice and punchy, with just enough to make images exciting without over-saturation. Even the macro mode had plenty of potential until viewed up close on a monitor, when we noticed subtle blur from the lack of OIS. Quite why Sony has chosen not to include this feature on a flagship device boggles us a little bit, as it’s quite clear that the camera would be very good had they included it.

The 13 megapixel secondary camera on the Sony Xperia XZ has to be one of the best front shooters we’ve ever encountered, with masses of detail more akin to a dedicated rear shooter. We were especially impressed with the vibrancy and colour reproduction, though there was once again evidence of over-sharpening on closer inspection. Something tells us this is a software issue.

The Sony Xperia XZ comes with a decent camera app that has quite a few manual controls buried deep within menus and some others which are more easily accessible. We’re not sure why they continue to hide ISO in a sub-menu, as it’s a common control that photographers use quite heavily.

The Sony Xperia XZ has a 5.2-inch 1080p panel, with a pixel density of 424. We feel like a broken record every time we say this but 1080p displays are fast becoming the norm on cheaper handsets. Despite this fact, there’s actually very little need for crazy screen resolutions anyway. 1080p is still well above the 300dpi print standard, meaning you shouldn’t notice any pixelation when viewing the device up close.

The quality of the panel itself is often an area where cheaper handsets fall short, so we’re pleased to say that the Xperia XZ ships with a very solid display. Putting it next to the HTC 10 and Samsung Galaxy S7, the Xperia XZ manages to hold its own very well. Vibrancy and sharpness is very impressive, with the Sony actually appearing more detailed in some test images than the competition despite using a lower resolution panel.

Brightness has always been an area where Sony smartphone panels tend to excel and with the XZ, things are no different. It trounces all other handsets in side-by-side comparisons, with an incredibly bright panel that’s easy to view even in direct sunlight.

Running on a Snapdragon 820 with 3GB RAM, the Xperia XZ just falls short of other flagships in the performance stakes. Most handsets in the upper tier now ship with 4GB RAM as standard, so we were interested to see if the extra gigabyte actually made much of a difference. In real-world testing, things seemed to be pretty smooth. We noticed a small amount of lag when switching between apps but the effect was negligible. Asphalt 8: Airborne ran buttery smooth even on highest settings, with only the slightest amount of slowdown when things got heavy.

Benchmarks for the Sony Xperia XZ were a little confusing, with some coming out surprisingly low and others being more in-line with current flagships. With a single-core score of 1,579 and a multi-core score of 3,228 in GeekBench 4, it’s an awkward result that puts the handset at the bottom end of current flagships. The device scored a little better in Antutu with a result of 120175, however it was still behind the pack leaders by over 10,000 points.

In our 3DMark graphics test the Sony Xperia XZ scored 2,268 in the Sling Shot benchmark, which is a good result that once again slightly tails behind current leaders. The Ice Storm test was maxed out, which is to be expected from the market leading Qualcomm Snapdragon 820. Users will likely be more than happy with the graphical prowess of this device.

With a planned upgrade to Android 7.0 Nougat, the Xperia XZ currently runs on version 6.0.1. Sony has steered away from heavy UI skins this time round, shipping something that feels much closer to stock. The changes are very subtle, including a slightly modified app tray and a few Sony widgets. The quick launch and notification panels both remain stock, which is nice to see.

One thing Sony still hasn’t got better with is bloatware… and the Xperia XZ is full of it. You’ll find a ton of pre-installed apps; most of which are useless. The company has bundled some of their own, including dedicated gallery, messaging and phone apps. We have no problem with this as they actually function okay, but having Yelp, eBay, Amazon Video and loads of other crap pre-installed is not something to be proud of.

The Sony Xperia XZ ships with a 2,900mAh battery, which is just behind the 3,000mAh now considered standard for flagship devices. Running at a lower screen resolution than other handsets means that we should be able to negate this anyway, as 1080p panels consume slightly less battery. In real-world tests, the Xperia XZ is a great performer, lasting almost two days on a full charge. The included stamina mode definitely helps to conserve juice, while the fast charge helps to juice things quickly. It’s worth noting that the fast charging technology Sony has included is only 1.5 times faster, so you won’t be getting the speedy charge times often seen in other handsets. In our battery test it lasted just short of 14 hours, which is a very good result and much better than a lot of other flagship handsets.

The Sony Xperia XZ improves on previous generation handsets in terms of design but lets itself with a lackluster camera.  Sony is definitely moving in the right direction but things are still far from perfect, which is why we can’t really recommend this against other flagships. The pricing is still far too expensive and had Sony knocked it down by £50 or so, we’d be inclined to reconsider. As it is, there’s other flagships out there that represent better value for money with better hardware to boot.