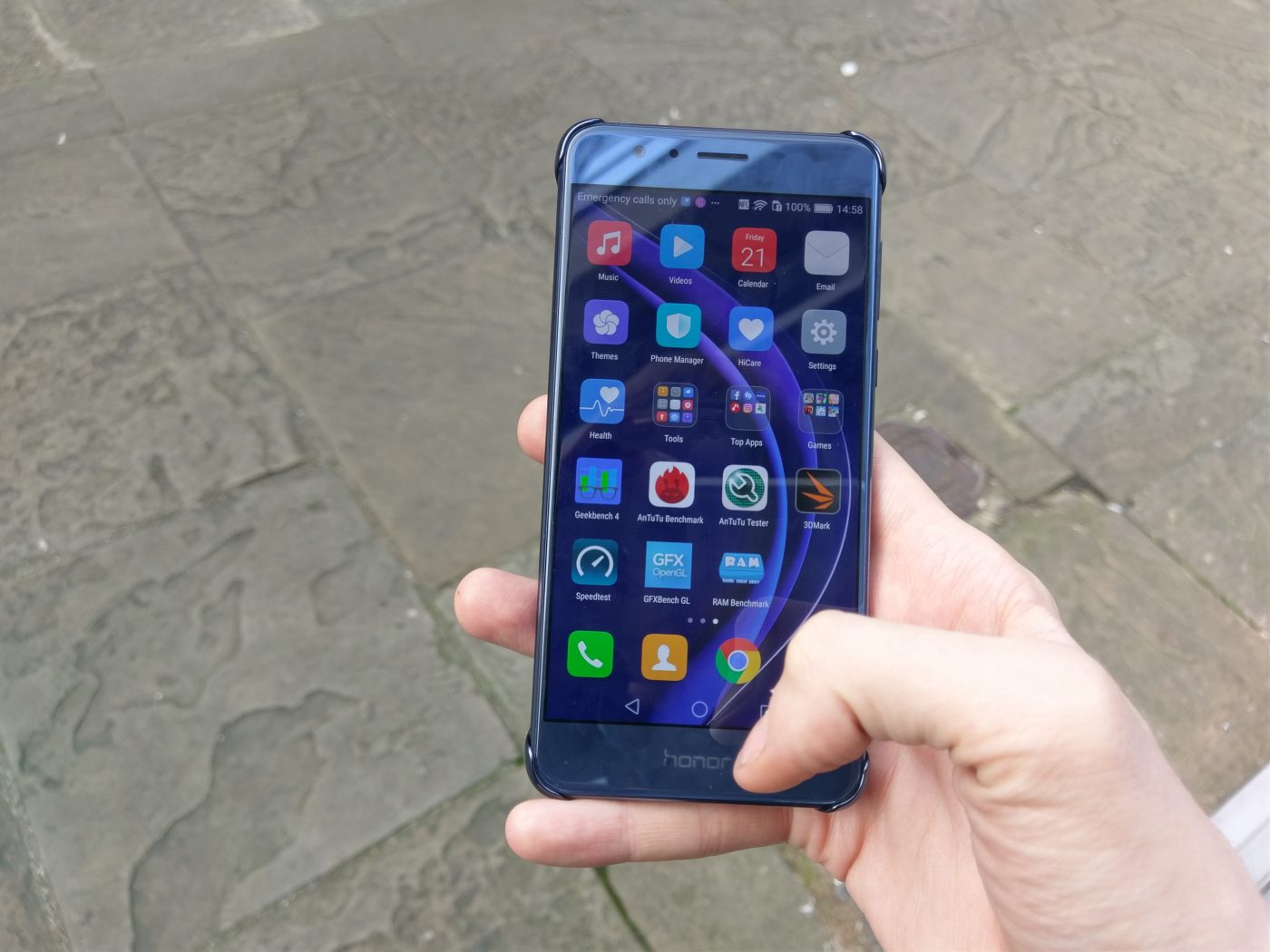 Honor is back with the Honor 8, the latest follow-up to their popular yet slightly flawed Honor 7.

As the sub-brand of Huawei, Honor has always had the backing of a big company behind them. This seems to have helped massively with their products, which have undergone a serious makeover in the past few years. The Honor 7 was a metal device that had everything going for it aside from some performance issues and slightly disappointing camera performance. The Honor 8 aims to rectify this with the same dual-camera sensor found on the Huawei P9 and the quick Kirin 950 processor. Will it turn out to be a true flagship killer? Let’s find out…

Huawei and Honor have come on leaps and bounds in design over the past few years, with premium materials now the norm on most of their handsets. The Honor 8 continues this trend, with a glass and aluminium body that looks especially excellent. Coming in a multitude of colour variants, we’d have to say that the blue finish definitely looks the best. Its a welcome change to the black and silver handsets that dominate the market, helping it to stand out among the crowd. 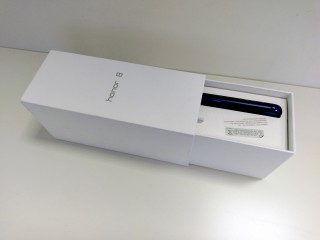 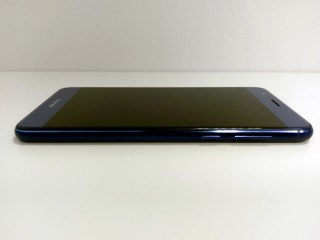 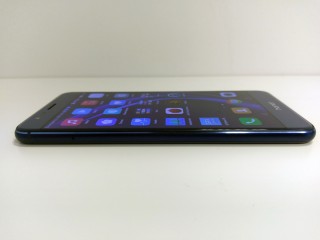 On the front, Honor has included some branding at the bottom where the physical keys would typically go. There’s not much else to see on the front of the device besides a front facing camera, though a subtle LED notification light lingers under the top earpiece. Moving to the back and you’ll find yet more Honor branding, plus a fingerprint sensor and dual camera setup.

On the sides you’ll find some machine cut aluminium which curves around the edges, giving the phone a nice feel in the hand. There’s also an IR blaster situated on top which allows you to use the handset as a remote. This is a surprise addition that we don’t find on many handsets. 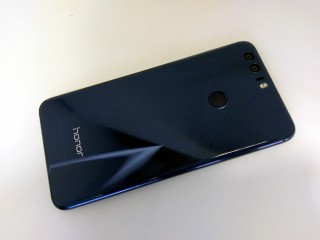 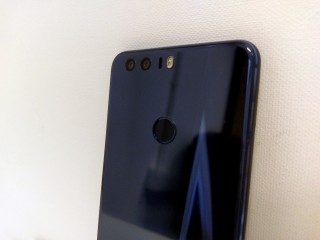 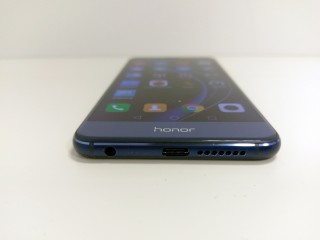 Glass is something that tends to make handsets look very desirable, but also has some annoying side-effects. The Honor 8 is possibly the worst offender we’ve seen for this. Placing it on a flat surface, the handset will slide with just the brush of a finger. The Samsung Galaxy S7 was also a culprit for this, though the inclusion of a subtle camera bump helped things stay a little more stable. The Honor 8 is literally so smooth and flush that it’s almost impossible when wearing gloves or having wet hands.

The camera on the Honor 8 is a bit of an oddity, as it’s the same one that you’ll find on the more expensive Huawei P9. With two 12 megapixel Sony IMX286 sensors, one colour and the other monochrome, there’s little to differentiate between the two phones aside from the Leica lens branding. This means that on paper, they’re practically identical. 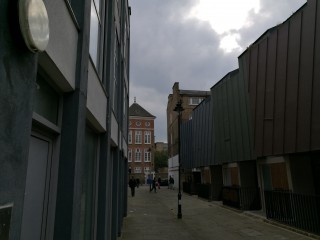 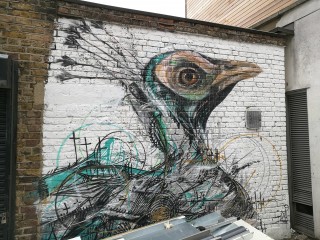 To have such a well equipped camera on a phone that is significantly cheaper surprises us because it puts into question why you would pick the Huawei P9 over the Honor 8. For daytime images, the Honor 8 produces very good results. Images were sharp with plenty of colour and it managed to handle harsh scenes well. Comparing shots side by side with the Huawei P9, you’d be hard pressed to find any difference in image quality whatsoever. 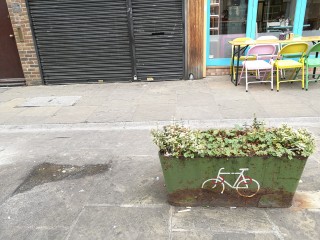 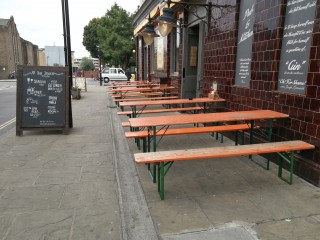 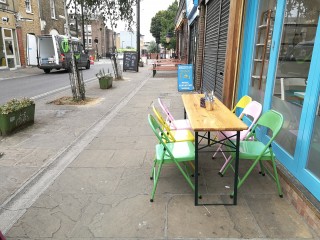 The macro mode was also impressive, in large part thanks to the dual camera sensor. The monochrome sensor allows for additional features such as bokeh and refocusing, though the majority of the implementation is admittedly software. Results were mostly excellent, with only the odd occasion where software processing got a little confused and messed with some of the edge detail. 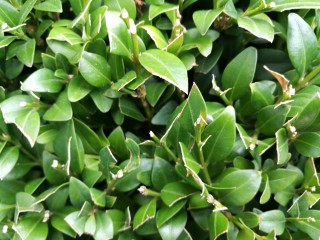 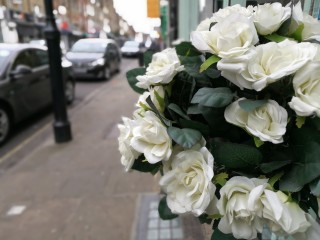 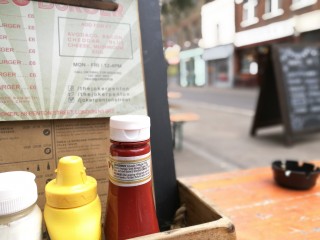 The 8 megapixel front camera on the Honor 8 is one of the better shooters we’ve tried, with a nice wide angle and large pixels for better low light performance. Detail is very good, with natural colours and no harsh sharpening effects as seen on poorer shooters. The only disappointing thing is the omission of a front facing flash, which was a feature we really enjoyed with the Honor 7. 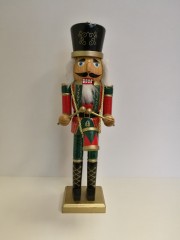 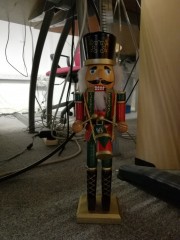 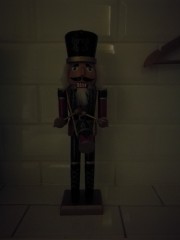 The Honor 8 also comes with an excellent camera application which we’re pleased to say has a very capable manual mode built in. This gives the user control over things such as ISO, white balance, shutter speed and exposure values.

With a 5.2-inch 1080p IPS display, the Honor 8 is on a par with other smartphones in this price bracket. While 1080p screens are now starting to become commonplace on cheaper handsets, they still offer more than enough pixel density for even hardcore users. At 423 pixels-per-inch, you won’t be seeing any pixelation whatsoever.

The quality of the panel is excellent, with a high maximum brightness and wide viewing angles. Colour reproduction is very good, with all of our test images bursting with information. We’d argue that the display has a slightly colder tone compared to some of the other smartphones on the market, though the effect is only apparent when handsets are side-by-side.

Sporting a Kirin 950 processor and 4GB RAM, the Honor 8 is a worthy competitor to almost all other mid-range devices on the market, barring the elusive OnePlus 3. Browsing the user interface incurred no lag whatsoever, while multitasking was seamless thanks to the heaps of RAM on board. Our general gaming test using Asphalt 8: Airborne test was easily passed, with even the highest settings posing no problem.

Benchmarks show a device which can easily keep up with handsets costing significantly more, including the Samsung Galaxy S7. During our Geekbench 4 test, it managed a score of 1703 for single-core and 5360 for multi-core, which narrowly misses out on the top spot. This is a truly great result which shows just how much the Hisilicon chips have improved over the years. Comparing this with the Huawei P9, there’s once again very little to differentiate the two. Moving onto the Antutu result and things are a little less impressive, with a middling score of 93,014. That puts it in the upper tier of mid-range devices but far from the top 10. Our graphics test also posed no threat for the Honor 8, with 3DMark posting a strong result of 959.

The Honor 8 runs on the latest version of Emotion UI, which is steadily getting better but still feels like a cheap iPhone clone at times. It’s obvious that Apple was a big inspiration, with everything from the notifications screen to the iconography taking on a thin, minimal appearance. The problem is that most third party applications don’t fit with the theme, making everything feel like a patchwork quilt. The hidden app tray returns and is as counter-intuitive as we remember, especially when using the phone single handed. The pinching gesture simply doesn’t work when using the phone normally with one hand.

Other annoyances include keeping notifications and shortcuts in different tabs and the constant reminders that apps are draining my battery. I’m aware WhatsApp is draining my battery but that’s because I use it a lot, not because it’s some rogue application out to drain my device.

With a 3,000mAh battery, the Honor 8 is well equipped to handle a full days charge and then some. During our standard battery test, it managed over 5 hours of screen time, which is about what you’d expect. During day-to-day testing, we found that it would comfortably last a day of moderate use but there was a need to plug it in overnight.

The Honor 8 is a great device that performs above the asking price. With an improved camera and much better design, it looks like a premium handset you’d be proud to show off… even if can’t stay still on a flat surface. Our only real peeve lies with the Emotion UI, which still feels like a cheap Apple imitation at best. The OnePlus 3 is really the only handset that trumps the Honor 8 in this price range when it comes to value-for-money, which is surely testament to what you’re getting. If you fancy a decent mid-range device that ticks all the boxes, you can’t really go wrong with this. 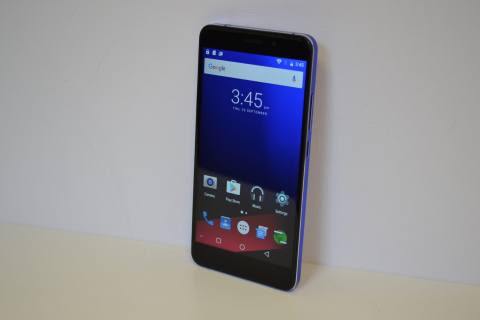