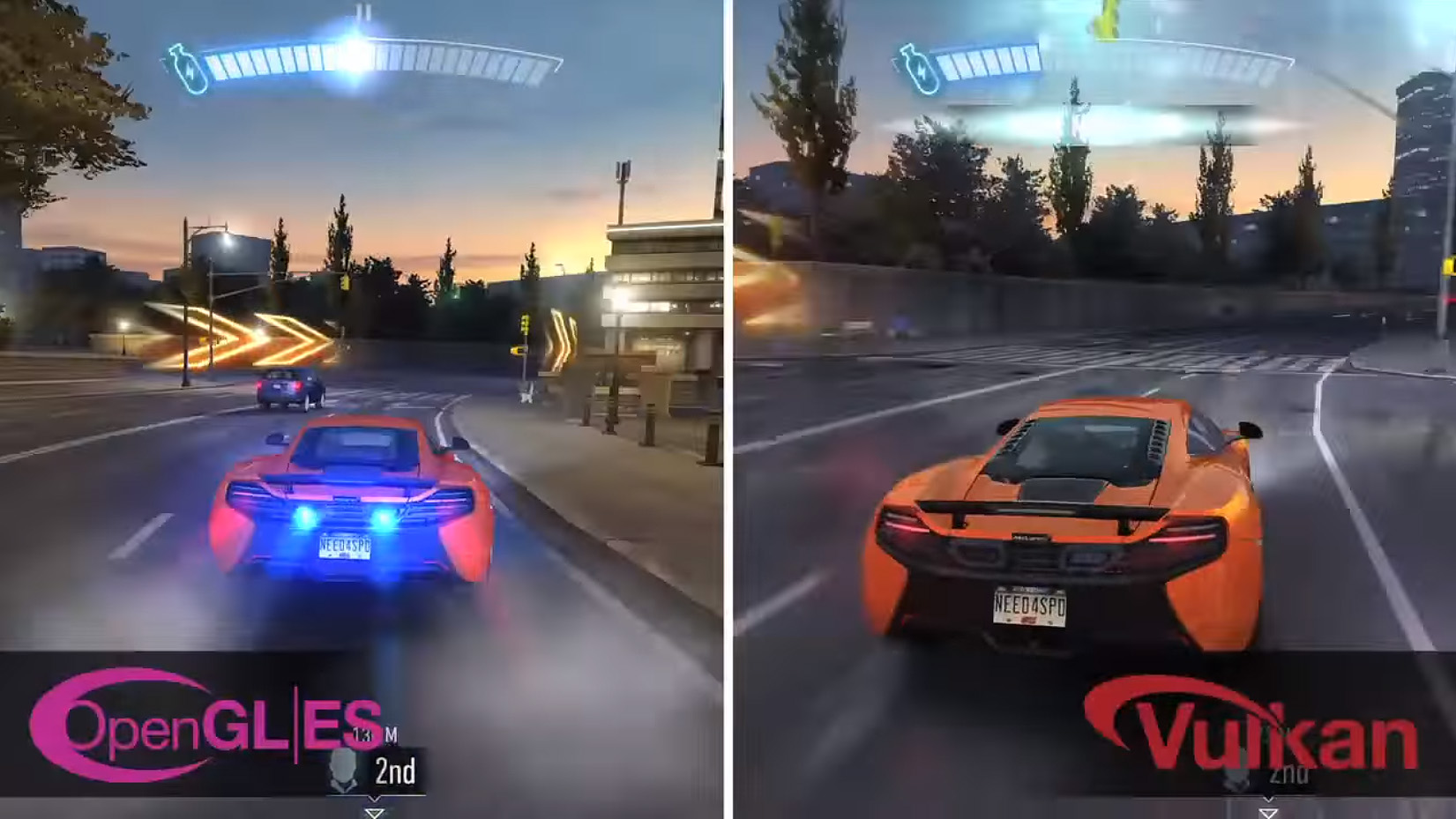 The Samsung Galaxy S7 and Galaxy S7 Edge are officially the first smartphones on the market to support Vulkan, and Samsung has been busy promoting the benefits of what the new code is capable of.

The Vulkan API initially launched on the 16th February 2016 but wasn’t demonstrated until June 24th at E3. Samsung demoed three games that took advantage of the technology; all popular titles that are featured in the same teaser footage shown today. The video is essentially a re-run of what we saw at E3, but presented in a way that allows the general public more of a chance to see things in action.

There’s performance comparisons of all three titles including frame-rate tests. According to Samsung, they’ve seen performance increases up to 30% on select titles such as Vainglory, one of those demonstrated in the video. Of everything we noticed in the footage, the biggest thing to take away from it is the improvement in graphical fidelity. While it’s not a huge jump, the Vulkan API does allow more subtle visual effects to be turned on that would otherwise hog performance. Shaders seem tighter, reflections seem better… It’s just a nice quiet refinement that adds up to a much better visual image.

There’s still no word on when or if the Vulkan API will reach other handsets, as the technology is currently exclusive to the Samsung Galaxy line. We know that the Snapdragon chipsets have Vulkan support in the new generation of Adreno 5xx GPU’s but it will be up to the developers to implement it.

Ex-Nokia team develops Snowfox Trackerphone device
Ex-employees from the Nokia team have launched the Snowfox Trackerphone, a new communications device which combines the functionality of a phone with more traditional GPS systems. Startup company Haltian is developing the product and recently set up an Indiegogo campaign. Dubbed the Snowfox Trackerphone, pressing a button on the device sends a ‘call me’ notification […]
Apps - Thomas Wellburn
Top smartphone apps for June 21st-27th
Applications are the reason why we love our smartphones so much; it’s like having tons of top smartphone apps at your beck and call. So why not recruit some new ones to get you through the week! Here’s our top smartphone apps for June 21st-27th! BOSS Tuner (Android and iOS) Price: £3.99   Guitar tuners are plentiful […]
Apps - Thomas Wellburn