Following its approval by Apple, Onavo has been launched for iPhone. It can drastically reduce data charges – especially when roaming – by heavily compressing your data.

It works by routing your standard Internet connection through Onavo’s proxy server, which compresses data in a similar fashion to how Opera Mini and Opera Turbo compresses web pages to reduce sizes and speed up delivery – another welcome benefit.

Unlike Opera, however, Onavo works on more than just the web. It can work with all apps, cutting data usage by removing wasteful and redundant code wherever possible using special, and secret, algorithms developed by the company. The app can also cache data locally to further reduce data usage, and load content only as required – so you don’t download what you don’t view.

The end result should be a big cut in data charges when roaming, or being able to keep within your data allowance for longer at home.

Dvir Reznik, Director of Marketing for Onavo, told What Mobile the company is working on an Android version of the app, which – due to the more open nature of the operating system – will offer additional features and customisation.

Onavo is currently free for users who download the app via the App Store, although a number of flexible subscription options are planned for the future when the service begins to charge. Reznik told us the company will never introduce advertising, such as inserting adverts in web pages or emails processed through its data compression servers. The subscription fees are also likely to be very affordable.

While the app offers the biggest savings potential when roaming, where data charges can be as much as 1,000 times higher per megabyte than your home network, it can also be used to maximise the amount of use you can get from your fixed data allowance.

Reznik also told us that the average user doesn’t have a clue what a megabyte equates to, so the app also shows a break down of the apps consuming the most data, and the savings that have been made by using the app.

Firefox Beta available for Android
Mozilla is offering Firefox users a chance to try the beta release of Firefox 5 for Mobile, including a new ‘Do Not Track’ privacy feature.
Apps - Jonathan Morris 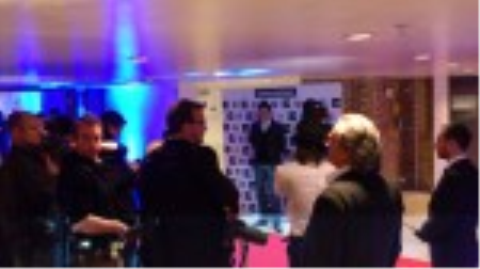