Mobile Games That Work With A Controller 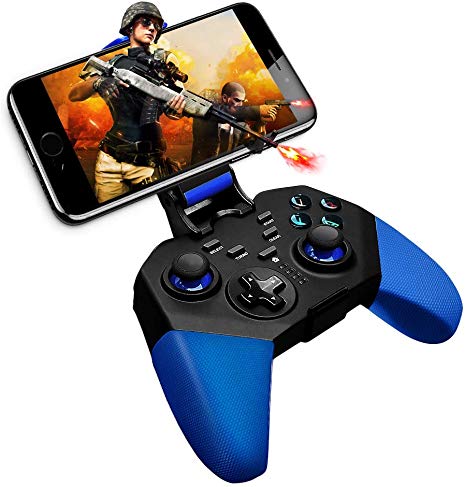 It’s nice that we have access to a versatile device like a smartphone which we can use for our everyday needs like sending messages, making calls, checking in on emails, Internet surfing, gaming, and more. Needless to say, the ubiquity of smartphones has revolutionized the way we go about our lives and the way we spend our time.

The dawn of mobile-enabled games has got us all fumbling for our phones to download the trendiest MMORPG, the latest action, and the most entertaining casual games and that’s making us obsessed about getting our hands on the best upgrades for a fun and seamless mobile gaming experience. We love our phones’ touchscreen feature, yes, but sometimes it just doesn’t work when you’re trying to aim and gun down your opponents. As far as accuracy and precision are concerned, we all need something better than a touchscreen control can offer.

Talking about precision, in contrast, that’s something that gaming consoles and controllers are known for. Then, what if we combine the utility and convenience of controllers onto our portable mobile devices? It’s a brilliant idea, sure, but unfortunately not all mobile games right now are onboard with the idea or at least not yet. The good news is, the trend’s probably going there soon anyway. But right now, we make do with what we are given, so we’ve rounded up some of the best mobile games that you can enjoy with a controller or gamepad for that maximum and equally gratifying mobile gaming experience.

Fortnite, the second highest-grossing mobile game app in the US according to GamingScan, can also be played incredibly well with Bluetooth controllers. Start forming your squad and building your fort as you compete against other players in this Battle Royale game. You’ll surely enjoy this mobile version because Fortnite stayed true to its promise in delivering the same map, the same quality gameplay, and the same weekly update from PlayStation 4, Xbox One, PC, Mac, and Switch.

Time to load your ammo Call of Duty fans, because your wait is finally over! Call of Duty Mobile packs a punch as it offers an authentic first-person shooter gaming experience that fans have come to know and love. Now with Bluetooth controller compatibility, shooting and aiming is going to be a breeze in spite of the smartphone’s smaller screen display. Nonetheless, developers, TiMi Studios and Tencent Games are giving us top-notch gameplay performance in its well-optimized mobile design. What’s even more amazing though is that this version focused on providing its users with a multiplayer feature–a 100-player battle royale mode and a crowd-favourite zombie mode.

Nine years after its release, Minecraft is still topping the charts as one of the most popular video games in the world today. For instance, its mobile version is still dominating the mobile gaming space with 10,000,000+ installs on Google Play. And with its cross-platform support, you can still build, mine, farm, create, and explore the different Minecraft worlds with your peers on your tablet, iPad, and mobile. You might be okay without the controller, but using one will help you navigate faster and build and move more quickly so you can easily set up your castle and fend off vicious mobs.

Harvest Moon fans are going crazy about how Stardew Valley looks really similar to their well-loved classic video game, Harvest Moon but only better! It comes like a cross between Harvest Moon and The Sims with its farming simulation gameplay and its added sociability element where users can converse and build relationships with the local townsfolk, attend social events, and even build their own family! Though it’s a chill and fun casual game that doesn’t necessitate a quick response time, having full controller support just puts the gameplay to a whole new level!

Although most players say PUBG is still best played on PC, for some, PUBG Mobile is a gift from the gaming gods. With a mobile version and gaming pad, it just got easier to play it anytime and anywhere you like.

This superhero fighting game is easily one of our top picks because it goes terrifically well with a Bluetooth controller plus it’s got a compelling storyline, dynamic quest maps, and it features the most iconic locations of the Marvel Universe like Wakanda, Asgard, the Avengers Tower, the S.H.I.E.L.D Helicarrier and more! So, prepare for an epic marvel-ous battle against super villains like Thanos, Magneto, Red Skull, Ultron, and Venom while playing your Marvel superhero of choice. 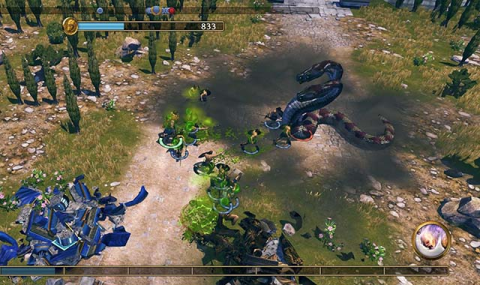 Gaming Apps To Explore If You Are Fascinated By Greek Mythology
Ancient Greek philosophy, politics and culture have provided the backbone of western civilisation, and it’s even inspired many of the best gaming apps currently available. While many gaming apps focus on anything from science fiction to cartoon creatures like Pokemon, more people are starting to see that Ancient Greece offers a near-limitless source of inspiration. […]
Apps - What Mobile 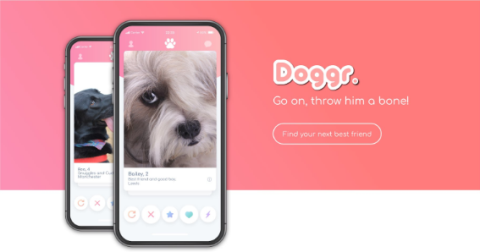 New dating app Doggr. is set to get tails wagging
New dating app, Doggr., helps users find their mystery partner by pairing them up with their furry friend instead.  With research showing that 81% of people lie about their height, age and figure when online dating, Doggr. tackles catfishing by focusing on dogs instead.  Users won’t see their prospective partner at all on the app […]
Apps - What Mobile 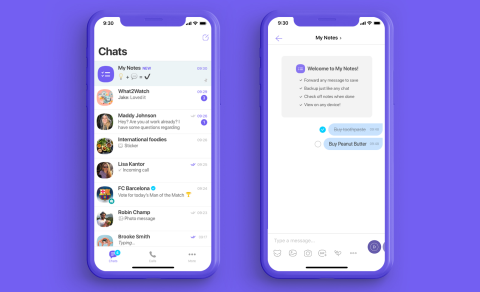 Rakuten Viber to launch My Notes, a native, digital feature to organise your life within one app
Rakuten Viber, one of the world’s leading messaging apps, today announced its newest feature, My Notes, to organise the biggest and smallest moments, simplify daily tasks and deepen personal connections with users is rolling out globally. Consumers’ daily activity consists of constant multitasking—working while receiving messages, calls, and videos—making it challenging to keep track of […]
Apps - What Mobile