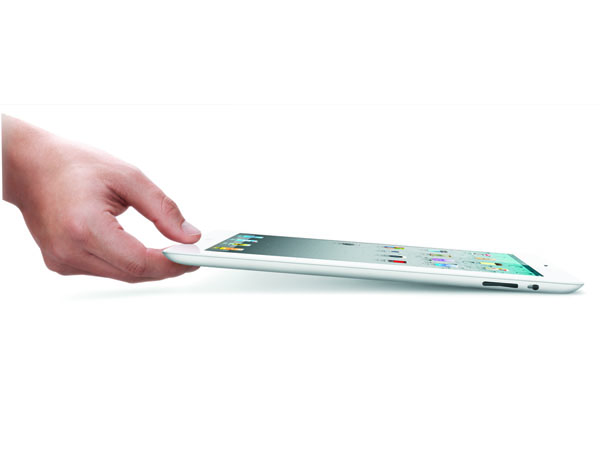 iPads have trumped PCs as the preferred device to check emails.

Ninety percent of those surveyed said using email on the iPad was either very or extremely important and two thirds checked email on their iPad more than three times a day.   Only 41% said they were extremely satisfied with the email apps they used, the research company said – but then, if it’s not making you a pizza while doing your work for you, who would be?

Apple Mail was the favourite app for 41% of respondents, which is relatively unsurprising, given it was based on iPad users who may not have tried any other email client.   Gmail followed at 31% and Hotmail sat at 13%, with 18% of (I would suspect, less tech savvy) users opening web browsers and accessing webmail rather than using an app. I mean, time wastage, amirite?

Sixty six percent of the respondents were women, who showed stronger satisfaction with using iPads for reading emails and who were more likely to send emails compared with men, the company said.   Women were more likely to use their iPads for personal emails only at 68%, while 52% of men sent business emails as well, hopefully not from the same email address.

More Stories
Retro Games App Roundup – Part One
Smartphone gaming is a big industry these days. With video games releases outselling blockbuster movies, there’s already a large market looking to their phones for accessible, easy gaming. Not to mention the entirely new audience smart phones have introduced to the joys of video gaming, namely shooting aliens, outwitting monkeys and falling head first into […]
Apps - Alex Walls
Interview: Last.FM and RJDJ’s founder on his sonic experiments and startup struggles
As anyone who has used Michael Breidenbrueker’s apps know, they are damn trippy. And useful. Michael co-founded Last.fm and managed the company ac CEO from 2002 until 2005. Truly a pioneer of online radio (Last.FM used a weird algorithm that matched your listening habits to radical new tunes), he moved into apps – producing what […]
Apps - Allan Swann

First Firefox OS phones revealed
Mozilla has unveiled its first smart phones running the Firefox Operating System. Entering the smart phone fray against the likes of Apple and Google, the open source organization said it was making its two phones, the Keon and the Peak, available as developer preview phones in February. The phones were being developed by Geeksphone, based […]
Apps - Alex Walls

Holy downloads, Batman! Temple Run 2 hits 20m downloads in first weekend
That’s a lot of explorers running for their lives. The sequel to Imangi Studios’ wildly popular Temple Run game passed 20 million downloads in its first weekend, the company said. The original game managed 170 million, so the app still has some way to go before rivalling its sibling, but Imangi said it had been […]
Apps - Alex Walls