Popular Android and iOS RPG Honor Quest: Steam and Magic has at last made its way onto Windows Phone.

The game focuses on a band of heroes who must traverse the land to defeat evil forces and features some very deep gameplay with lots to take in. A unique Active Time Battle System mixes traditional turn-based combat with timed attacks, freeing the player up to spend less time picking attacks and more time strategically planning their team. The world is free to navigate via the numerous pathways dotted throughout the map, with towns and cities offering places of shelter.

Player attributes run deep, with armour selections and a comprehensive skill tree that are unlocked as the heroes move up in rank. You also have access to special crystals, gems and soul shards which can be used to enhance attacking and defensive skills.

Being that the overall theme of the game is battling to rank up your character, it’s unsurprising that Honor Quest features a finite number of Battle Points which must be replenished once they expire. Thankfully, this happens reasonably quickly at a rate of one per five minutes, so you’re not compelled to make dirty in-app purchases if you want to play for longer.

Overall, we’re only scratching the surface here and it’s actually a pretty entertaining game. To check it out for yourself, head to the Windows Store now and download it. 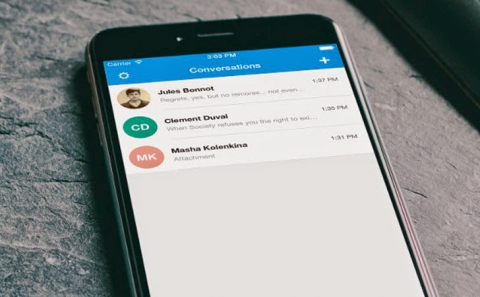 Edward Snowden’s favourite app now on Android
Signal is an encrypted messaging and calls app released six months ago for iOS.  Developer Open Whisper Systems are combining two existing apps, TextSecure and RedPhone, to bring Signal to Android phones. Signal users from iOS and Android can send messages to each other, and expect them to be fully encrypted, meaning Open Whisper Systems cannot monitor what […]
Apps - Manny Pham