Entering the smart phone fray against the likes of Apple and Google, the open source organization said it was making its two phones, the Keon and the Peak, available as developer preview phones in February.

The phones were being developed by Geeksphone, based in Spain, in partnership with Telefonica, and would, of course, run Firefox OS, Mozilla’s mobile operating system built using open web standards.  The OS will run HTML5 apps, which could do “phone things”, Mozilla said, including phone vibrating, sending texts and making calls (indeed, one would hope so).

The developer preview phones would make the mobile web accessible to more people, the organization said.

“Now we are working on bringing the power of the web to mobile, through Firefox OS, along with all the power of open standards and an open community, and once again, we’d like to invite web developers to join us.”

The unlocked Keon would run a Qualcomm Snapdragon S1 1GHz CPU, with 512 MB RAM and MicroSD, a 3MP camera, with a 3.5″ multitouch screen and supporting 3G HSPA.

The Peak would run a dual core Snapdragon S4 1.3 GHz CPU, with 512 RAM and MicroSD, an 8MP camera with a 4.3″ inch HD multitouch screen and supporting 3G HSPA.

The phones are not high spec but this should mean they’re relatively cheap and using HTLM5 lowered the price point for entry-level smart phones in emerging markets, Forbes said.

Mozilla also announced a series of App Days, where developers can learn about, and build for, the Firefox OS. Developers can also play around with the OS now, with links on Mozilla’s blog.

More Stories
Interview: Last.FM and RJDJ’s founder on his sonic experiments and startup struggles
As anyone who has used Michael Breidenbrueker’s apps know, they are damn trippy. And useful. Michael co-founded Last.fm and managed the company ac CEO from 2002 until 2005. Truly a pioneer of online radio (Last.FM used a weird algorithm that matched your listening habits to radical new tunes), he moved into apps – producing what […]
Apps - Allan Swann 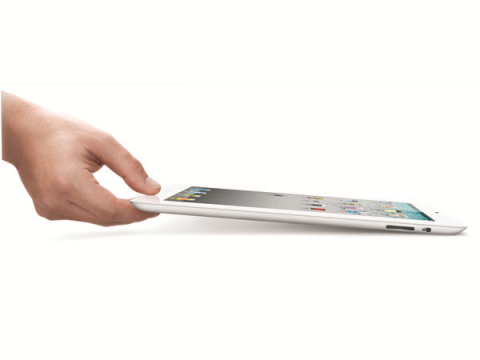 Holy downloads, Batman! Temple Run 2 hits 20m downloads in first weekend
That’s a lot of explorers running for their lives. The sequel to Imangi Studios’ wildly popular Temple Run game passed 20 million downloads in its first weekend, the company said. The original game managed 170 million, so the app still has some way to go before rivalling its sibling, but Imangi said it had been […]
Apps - Alex Walls

Mobile commerce helps eBay exceed Q4 expectations
Strong results from e-Bay mobile has helped the company exceed expectations for its fourth quarter. The company beat analyst expectations thanks to a boost from its increased number of mobile shoppers, E-Commerce News reported, with revenue up 18% to $US4.0 billion (£2.5 billion) for the quarter, compared with the 2011 fourth quarter. e-Bay reported net […]
Apps - Alex Walls