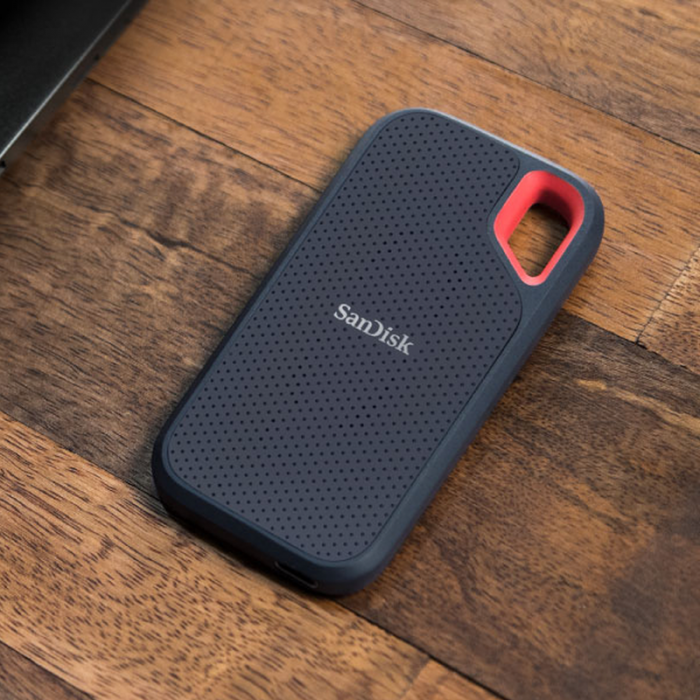 The latest creation from SanDisk we had the chance to review is the Extreme portable SSD (Solid-State Drive)  which portable storage device that has a rugged look but is also pocket-sized meaning you can take it with you anywhere.  This device comes in the following sizes 250GB, 500GB, 1TB & 2TB models. In this review, we had the 500GB version to test.

The Extreme Portable SSD as mentioned fits perfectly in your pocket as its just 50 x 96.2mm making it much smaller than others on the market and perfect for those who would use them in the great outdoors. Design-wise it looks great as well it has blue rubber surfaces to aid with handling and to protect it for bumps and also comes with an orange plastic loop at the top right allowing to connect onto a bag using a Carabiner.

To add to that rugged design it is also IP55 rated however it’s not the type of device I would want to take that risk and drop it into the water but it’s nice to know it’s protected. However, Be careful of the USB-C port otherwise it will be worthless if damaged. The device is also shock-resistant and could handle a 2m drop although this is not something I have tried and is only from the manufacturer information.

The sole connector is a USB 3.1 port which is great when used with the bundled USB-C to USB-C cable allowing it to hit the 550MBps which is higher than the Type-A alternative. In the testing of this device, I found a 150GB file was transferred in just over 300 seconds which was at a rate of 350MBps.

This SSD device allows you to also use on either and windows or Mac making it versatile and gave me the choice of which device I wanted to use. You also get access to the pre-downloaded SanDisk Secure Access 3.02 software for that extra security as it allows for password protection on folders keeping your private information private. In regards to the price at £89.99 via Amazon, it stands alone in the price range. Granted you can pay less for other brands but will you get the same quality device and with the same features I expect not as the Samsung T5 does cost less but is not of a rugged design or IP55 rated.

Overall, I really liked this device it helped me more large files quickly and with ease and the addition of the USB-C cable really does make a difference. I found the design was great for someone like a photographer with lots of files on the go and needs something to handle the outside conditions.

I was also happy with the 3-year warranty SanDisk offer as that provides peace of mind that if you have an issue with the device you have not just lost £89.99. 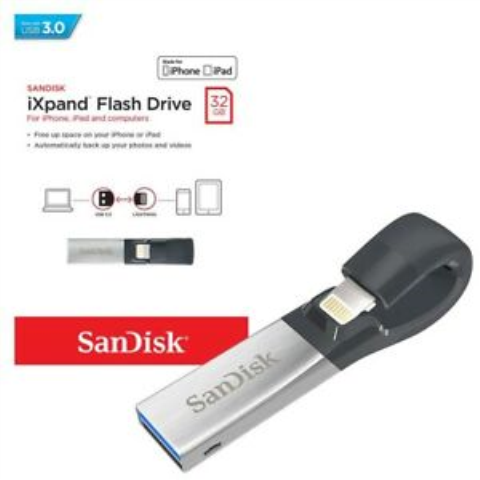 Review: Sandisk IXpand Flash Drive 32GB for Apple Devices
The Sandisk IXpand Flash Drive 32GB currently available for £28.69 Storage is such a bonus for us all when using our phones and if you’re like me you have a lot of videos and pictures stored on your phone you might always be stressing about space. We stress no more as SanDisk has the answer.  […]
Accessories - Stephen Watson 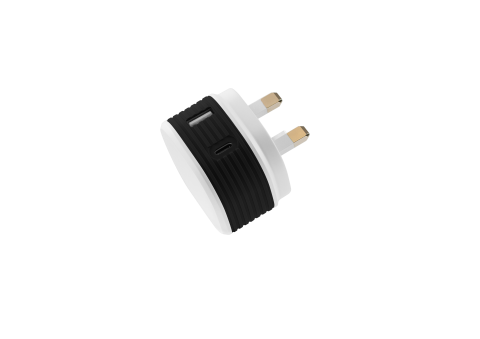 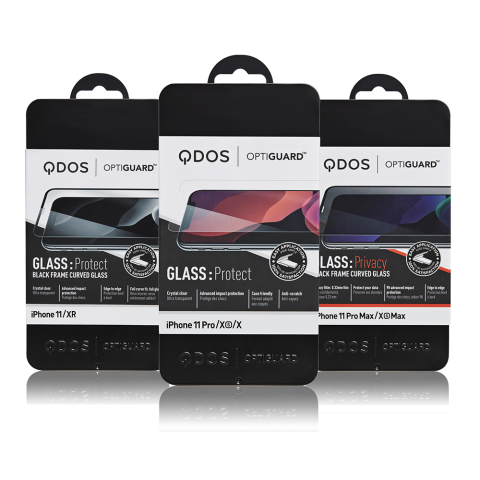 Review: Qdos OptiGuard – Glass Protect
Available from QdosSound.com for £19.99 Protecting your phone is vital and if you are one of the lucky souls to have upgraded to the iPhone 11 keeping it safe is a must. Qdos have the answer with the Qdos OptiGuard and this one we are reviewing even comes with an easy application pose simple included […]
Accessories - Stephen Watson